Been a little bit! My computer bit the dust a day after I broke Courtney's, so we were without a computer for a while. I built her a new one: 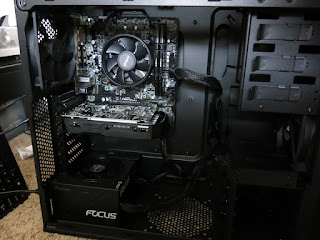 I since added a recycled laptop HDD to compliment the SSD. Many reviews said to get a big case the first time you build a computer... I followed their advice with the mindset that I have never wired something in tight quarters before. I 'helped' my older brother build a computer when I was in 5th grade; so in my mind (thirteen years later) I still imagined a very complex and difficult undertaking.  Turns out, to my surprise, I can retain useful info post-puberty. Assembling the hardware was very easy. Getting all the software happy was a pain in the butt though.

It is faster than expected, we have been playing split-screen video games with controllers on it.

I made this wallet for the same brother I built the computer in 2004 with. It's made of scrap leather and a retired Flying Junior sail. I thought the suede-like inner texture of the leather would help hold the cards in. He absolutely stuffed the card pocket of his old wallet, so I made this one have a little bit of volume, maybe 12mm thick. The wallet overall is fairly compact as far as wallets go. 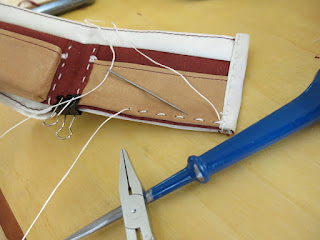 Stitching these seams at the end was the toughest thing I have ever pushed a needle through. Afterwards I pushed the same needle through the thickest part of the sail-it must have taken half the effort. I put lanolin on the needle to help it slide through. 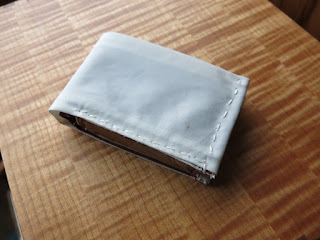 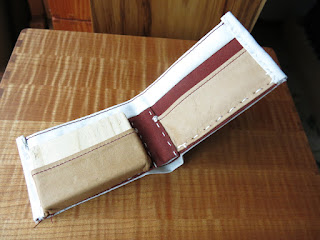 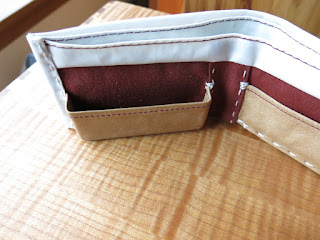 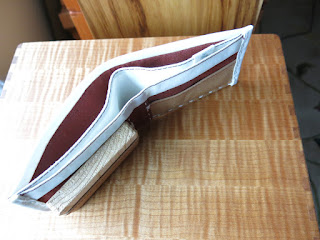 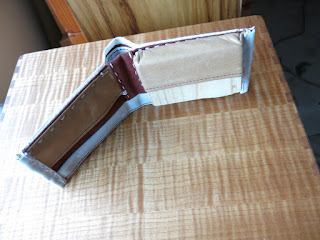 What else... a business card holder: 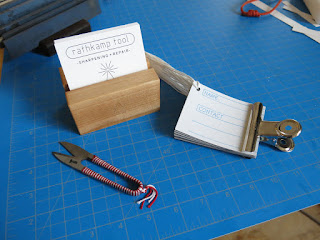 Some fabric mats for my Dad's woodwork: 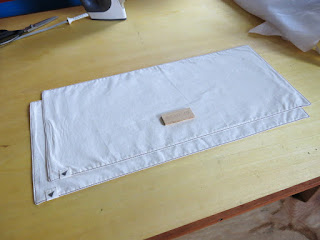 He is wary of using paper, some spiel about privacy concerns and the state of technology, so he just writes the dimensions he wants on a piece of tree (above) and hands it to me. 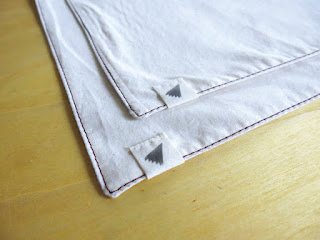 Posted by aerialcopper at 12:37 PM