I found this package of needles in a treadle sewing machine base my grandma bought at a yard sale. I felt like I should photograph the package before it gets torn up in my sewing kit. They've made it a long way. 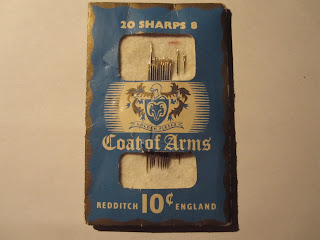 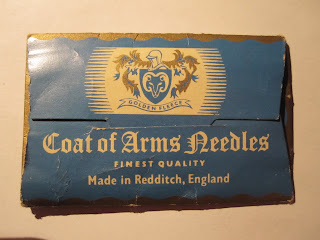 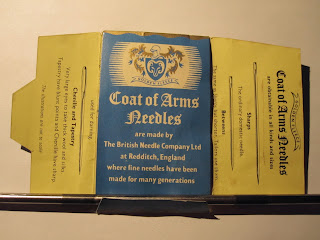 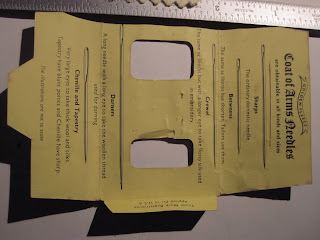 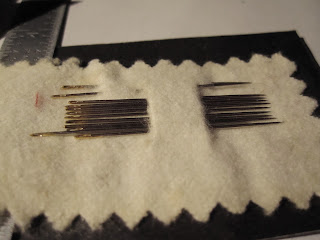 I also made another paper patterned piece with the ruling pen: 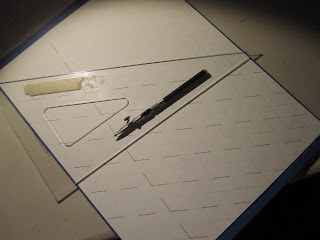 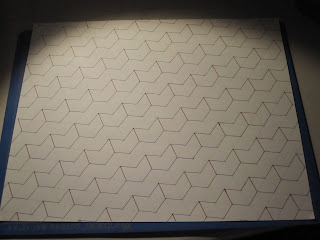 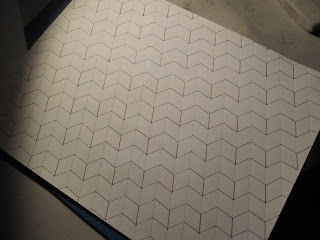 Posted by aerialcopper at 1:36 AM 2 comments:

I haven't been posting often lately because I'm about to move again. I packed up my tools and am avoiding getting too deep into projects. I'm still making things, most are pretty simple though. Here is a felt lightbulb I made. The pattern was sketched out in maybe two minutes. It might show, but it's fun to look at anyway. 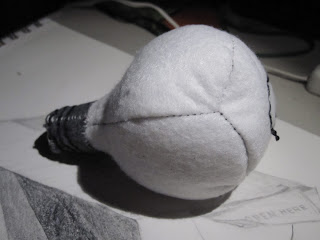 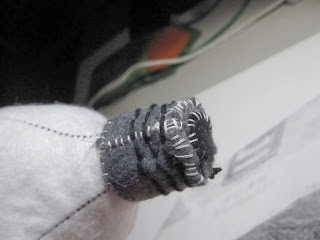 Yesterday I tried making honeycomb paper cells like they use for lightweight laminated structural panels. I cut out a plastic glue stencil which would alternate positions on strips of paper to produce the honeycomb. It didn't work. The glue quantity must be very accurately regulated, and an $0.68 paintbrush wasn't the tool for the job. I thought about airbrushing it on, but I really wasn't keen on the idea of putting glue in the airbrush. Also, If it was thin enough to spray, it would be too thin to fill the gaps between paper fibers. I'll leave honeycomb production to bees and machines. 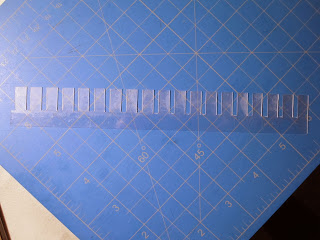 I decided to make the next closest form I could. I'm sure it has a name, but I don't know it. It would probably produce a very strong panel, stronger and heavier than honeycomb. An automated machine that could make this by forming would absolutely blow my socks off. It must be possible, but unless I've overlooked some beautiful elegant solution, it would be a very complex machine. It's a lot more fun to play with when not sandwiched into anything. I drew the lines by hand with a ruling pen. The drafting machine will be perfect for this sort of thing. 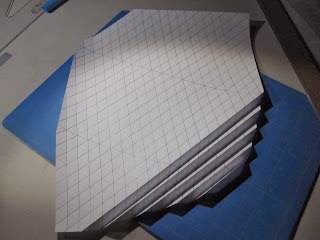 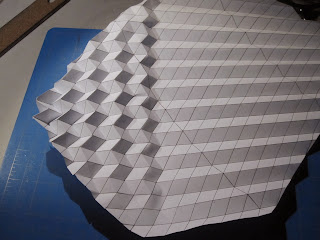 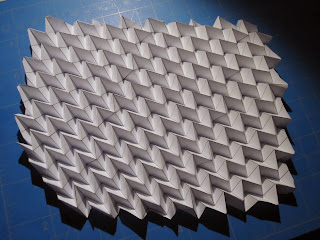 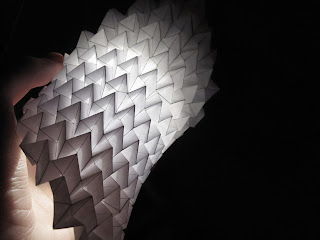 A math professor by the name of Will Webber at Whatcom Community College in Bellingham, Washington pioneered shapes based around this construction, if I remember correctly. I met him when I was about ten, and he showed me how to make it.

I don't have any large sheets of paper, so this is it for now.

After I move, I will likely have space for oxy/acetylene apparatus, a bandsaw, a drill press, and a table saw. There are bigger things on the horizon.

Posted by aerialcopper at 7:46 AM No comments: 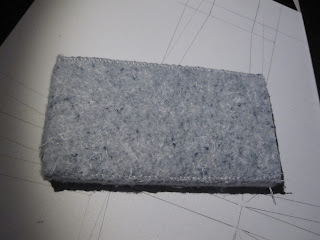 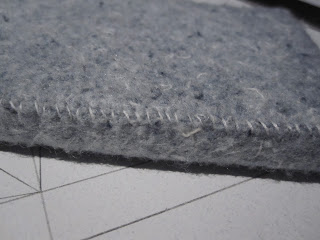 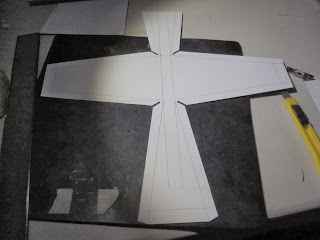 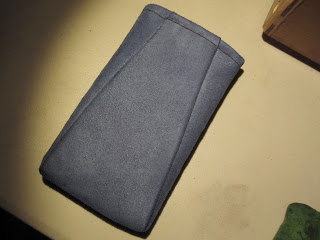 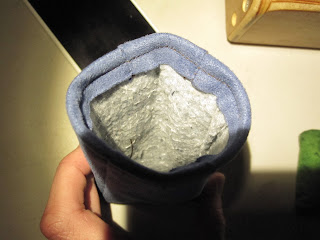 There might be a rev. 2 which will eliminate the bare fabric end on the inside. It was cut on the bias though, so it probably won't fray. I tapered the seams on the shell inwards because the seams on the corners of previous versions were awkward and bulky. This works well.
Posted by aerialcopper at 7:11 PM No comments: