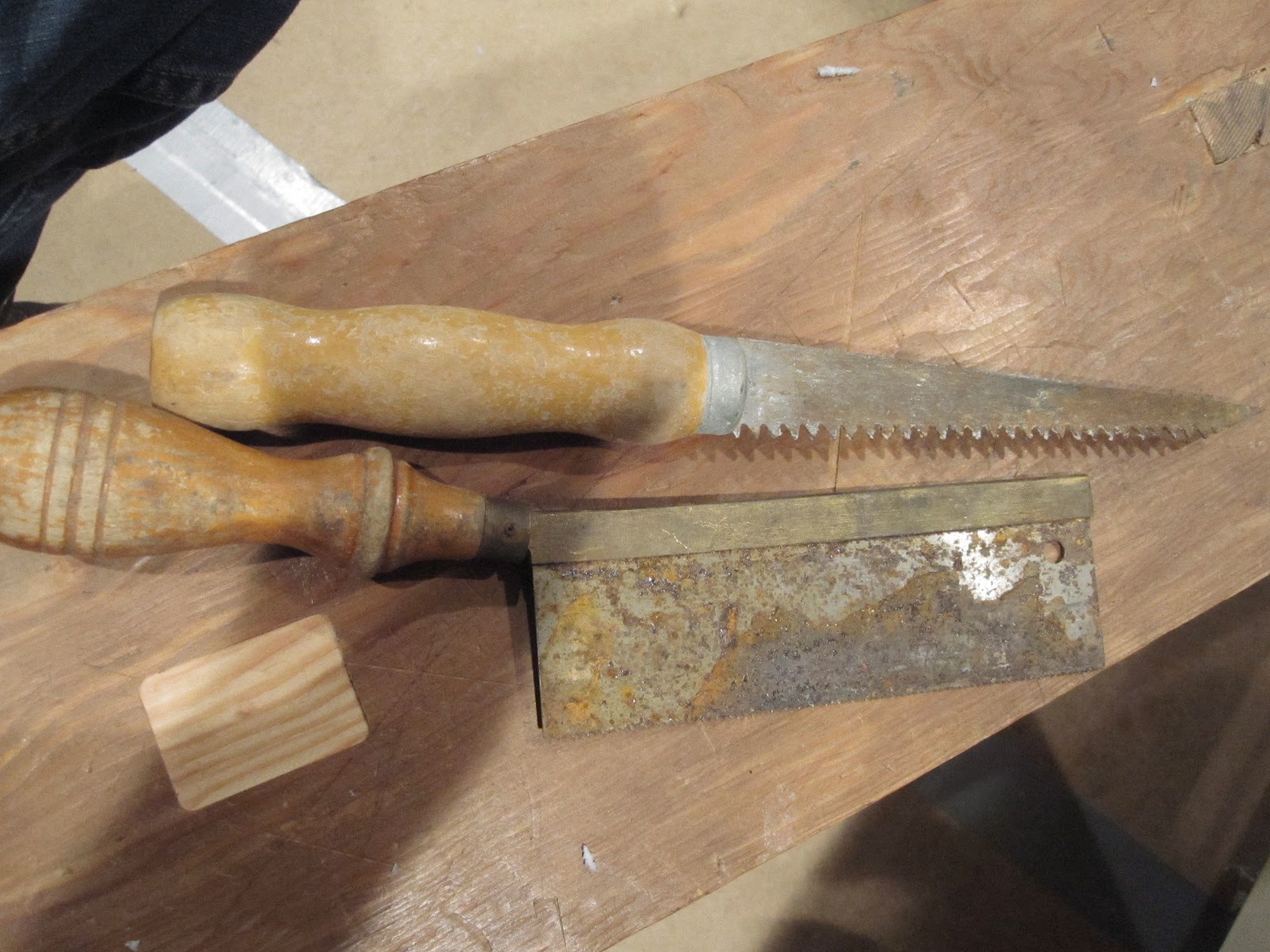 Thought to take 'before' pictures this time. 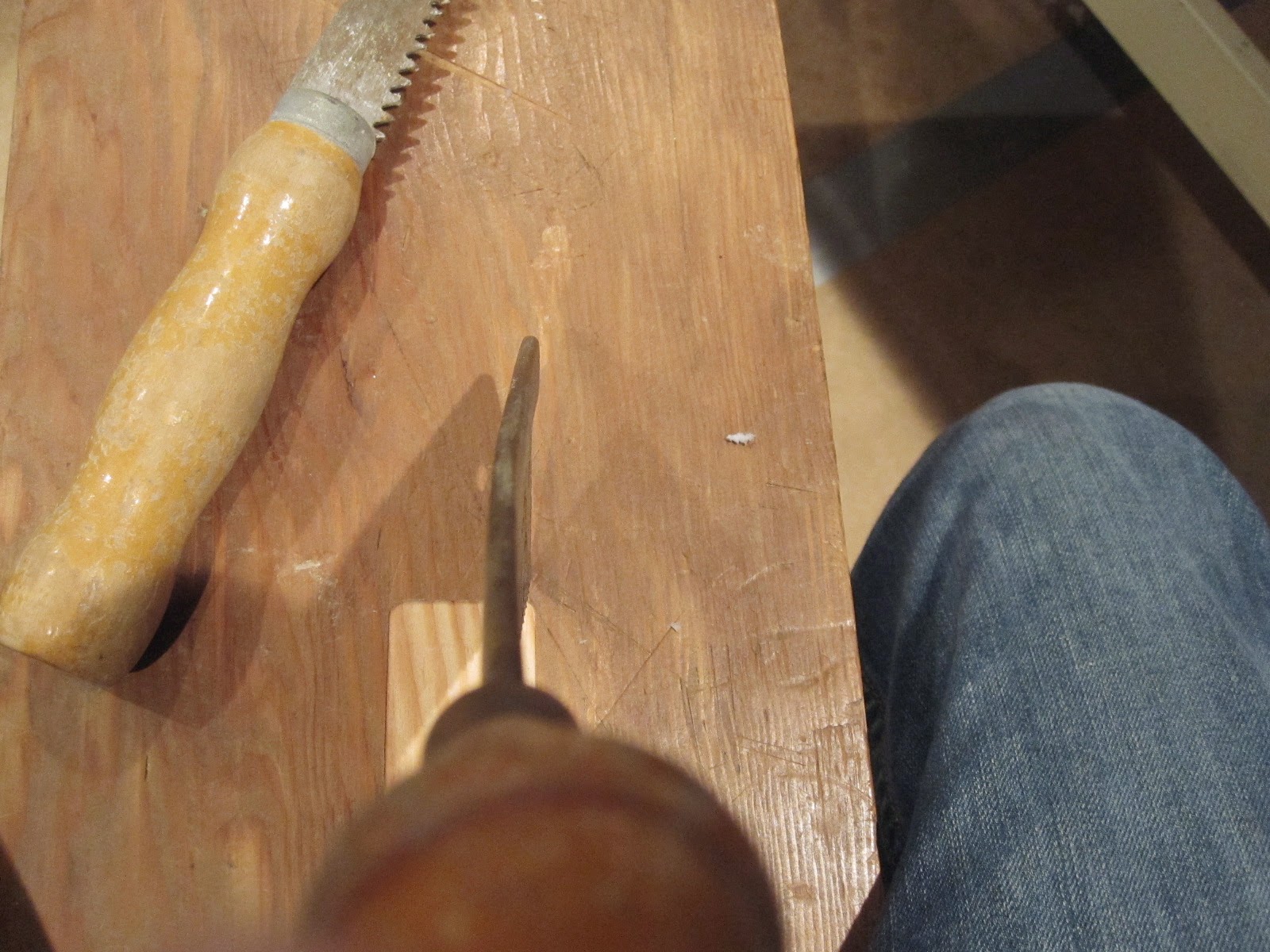 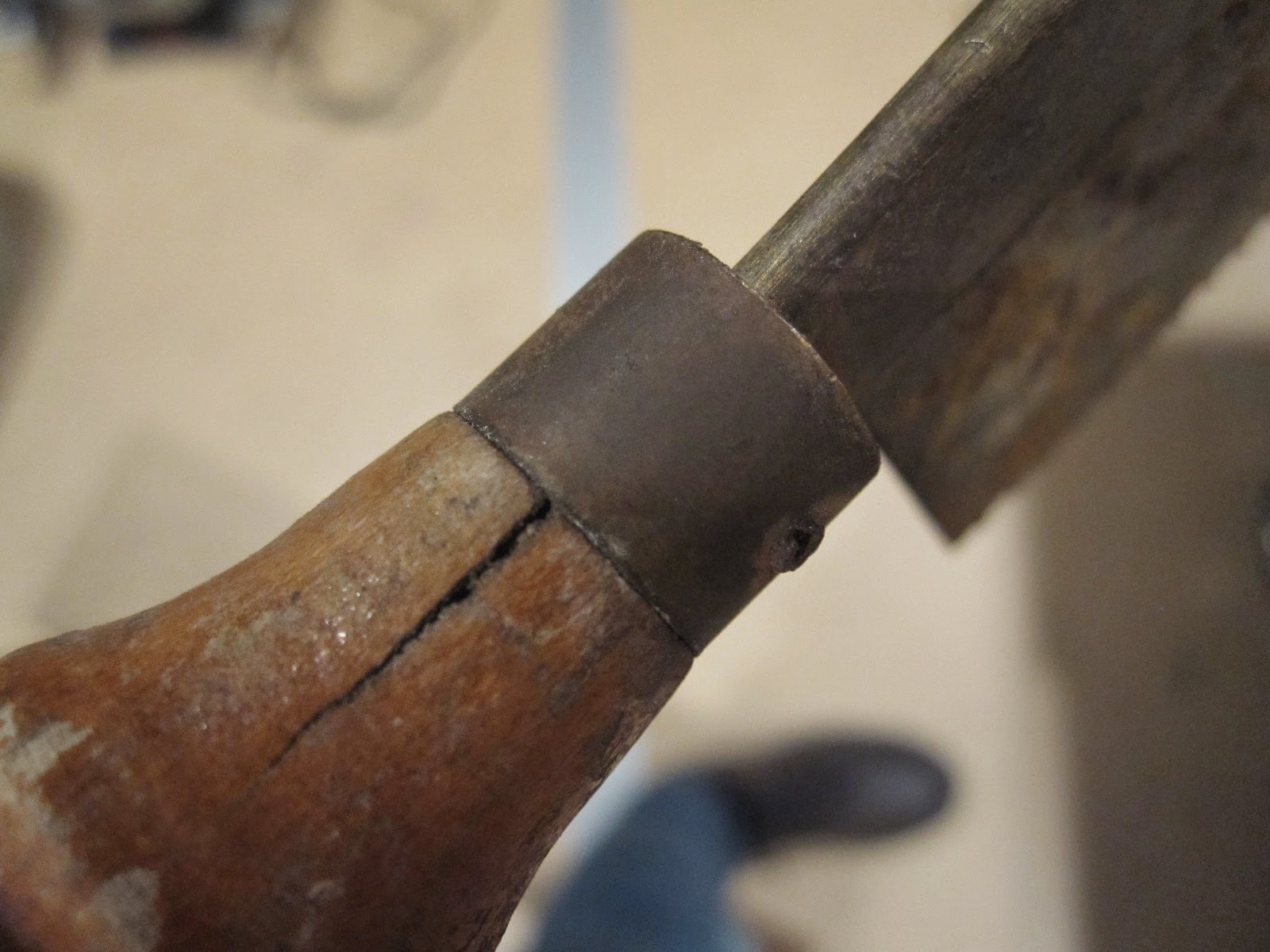 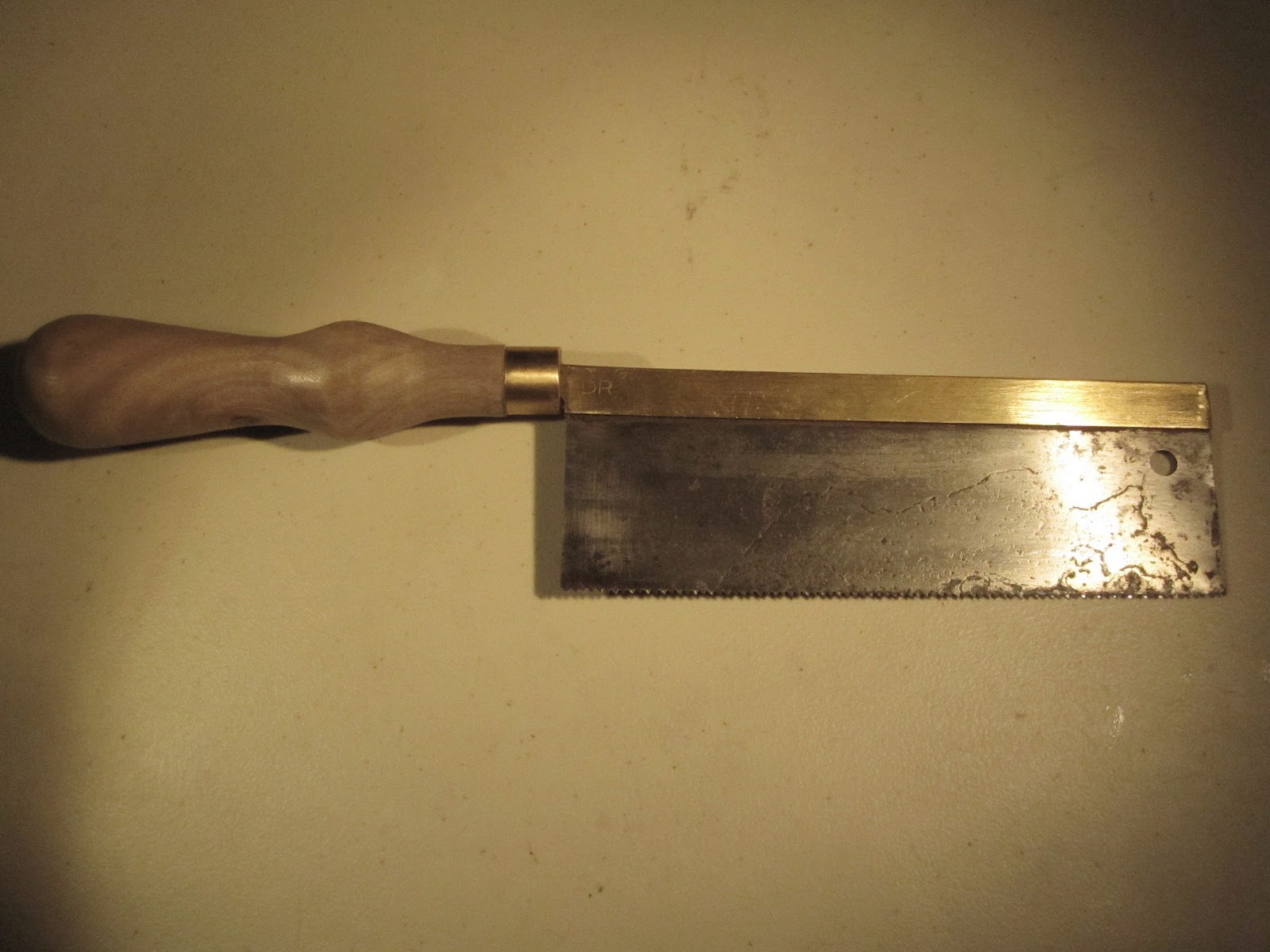 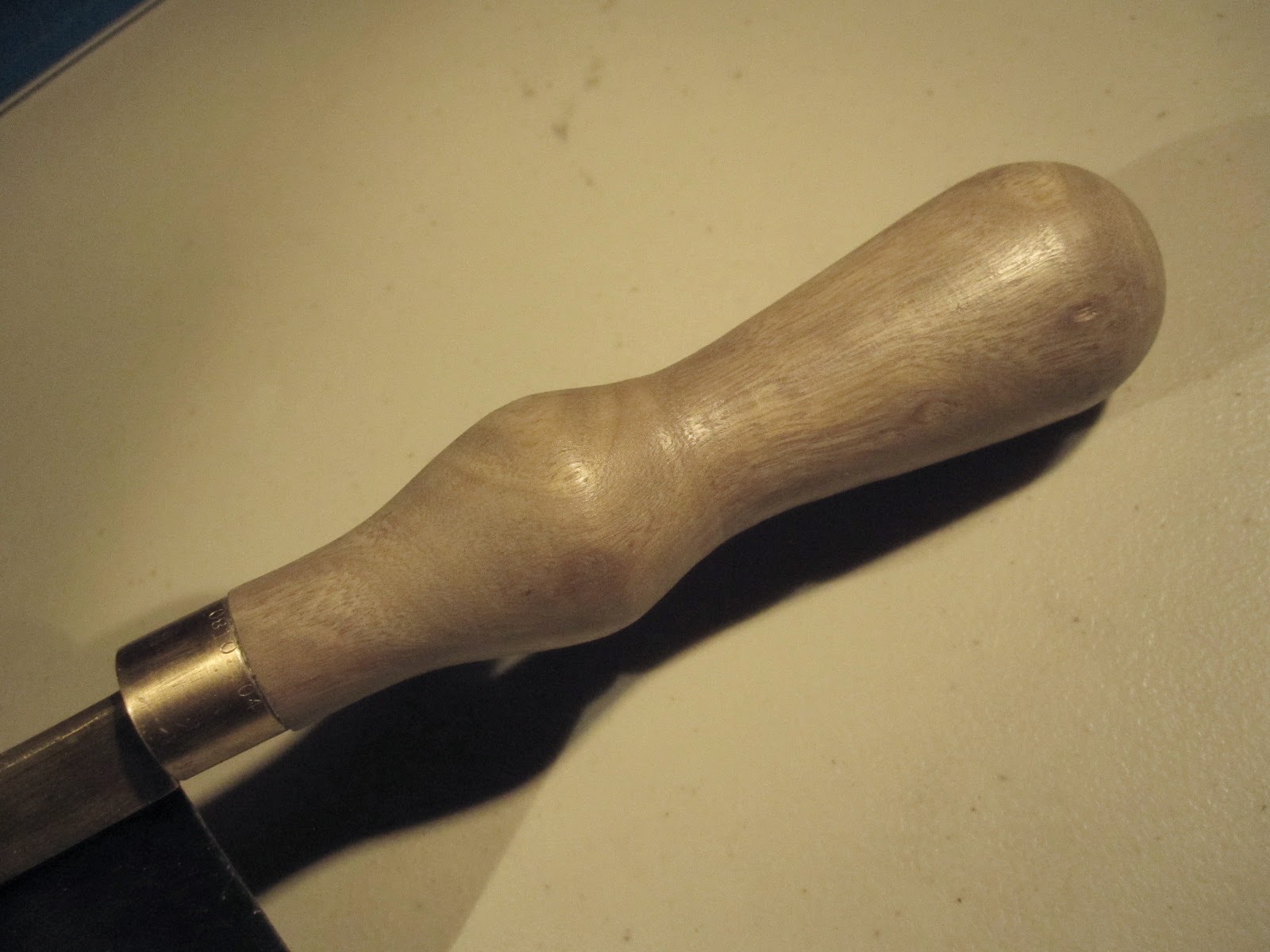 Straightened, cleaned, sharpened, and handle replaced. I turned it from olive wood. The ferrule is a bronze bushing. I also sharpened the keyhole saw, but it looks about the same.

I also made a new table for a 9" bandsaw that I dearly wanted for my 12th birthday. I got it. The original table was very weak and it broke. The saw was unused for a long time, until I fixed it two weeks ago. 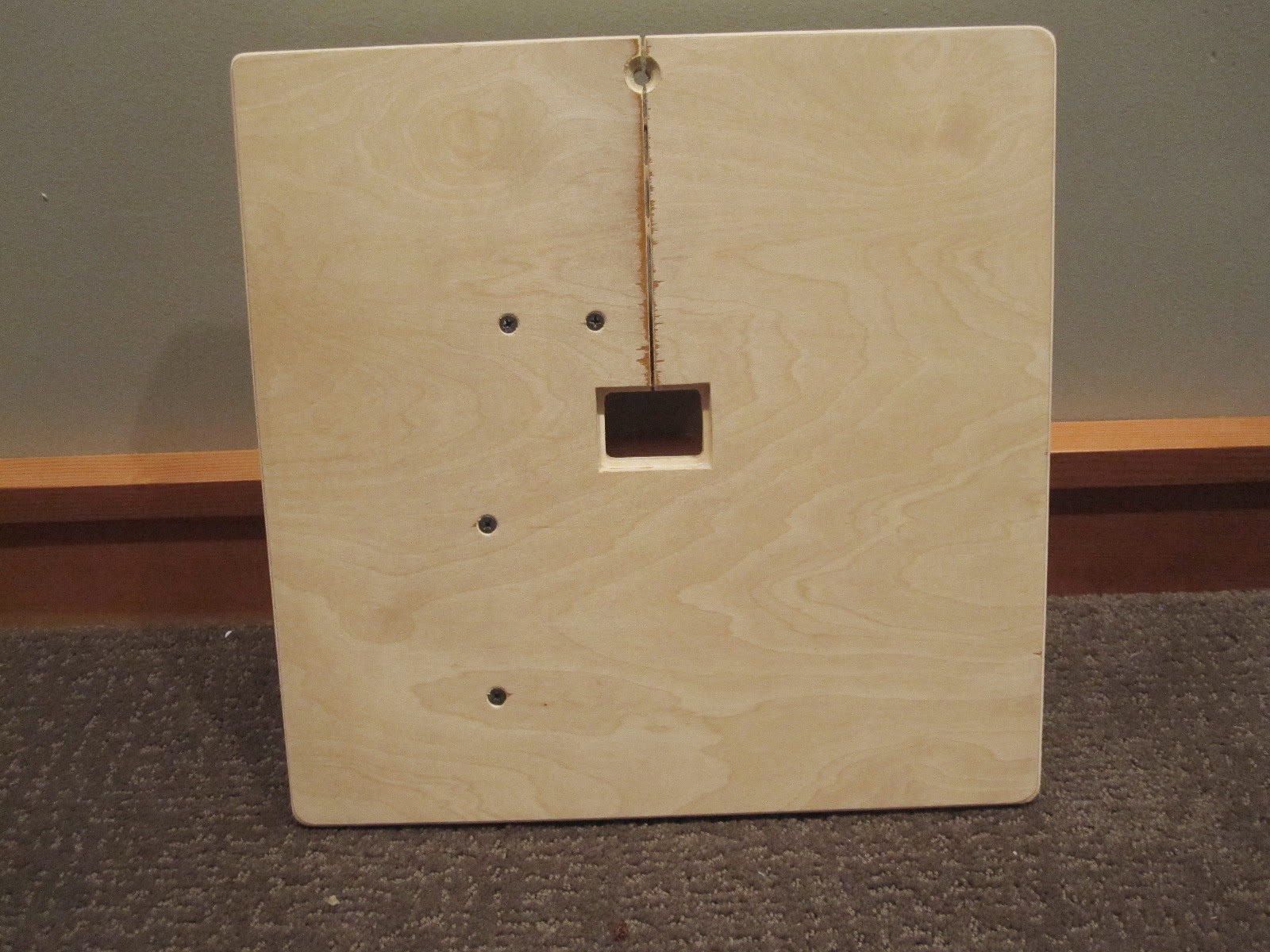 Complete with tearout, finish drips, and pencil marks. Still, it's the nicest part of the saw. 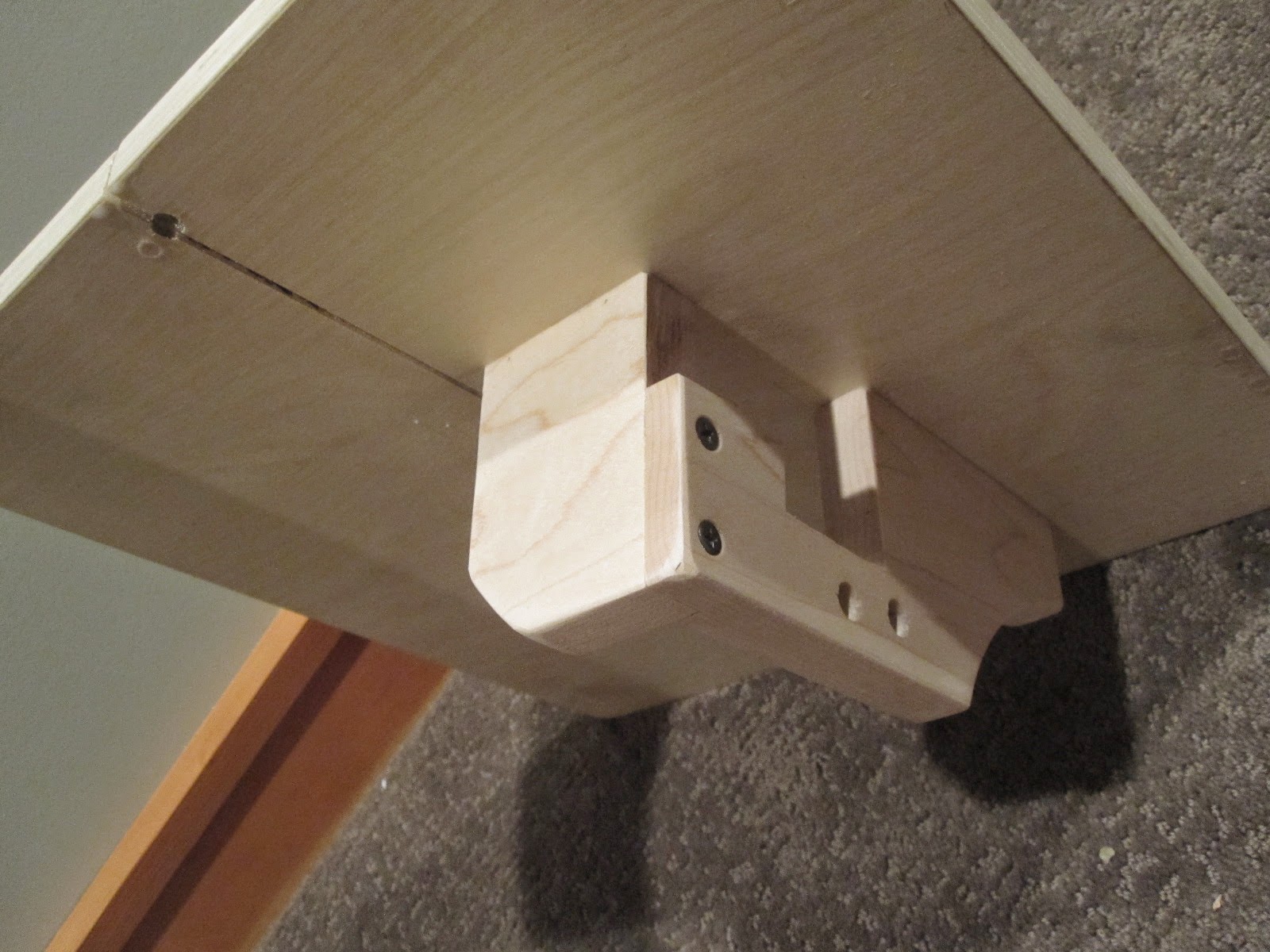 Below, slot for zero-clearance insert. 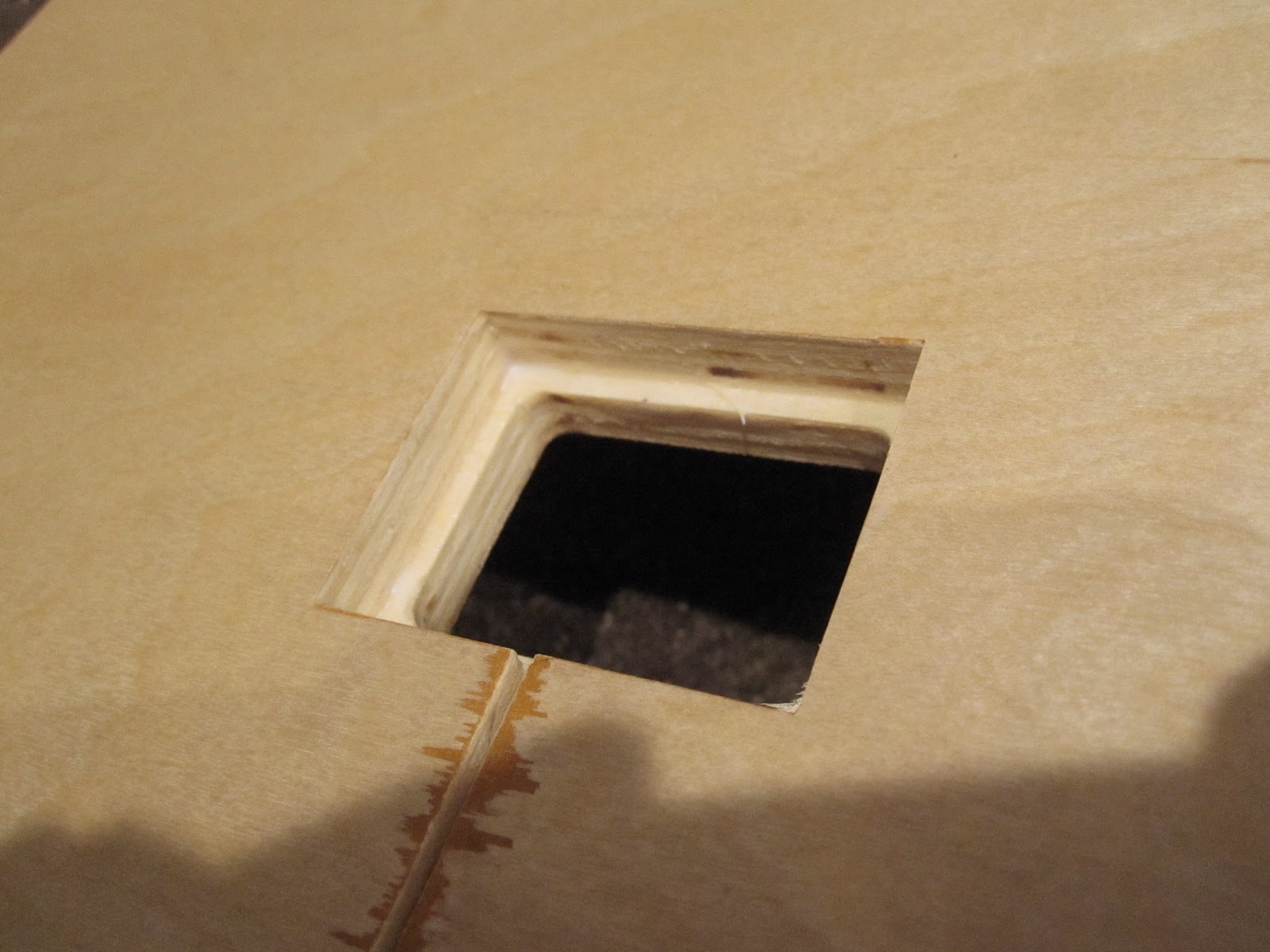 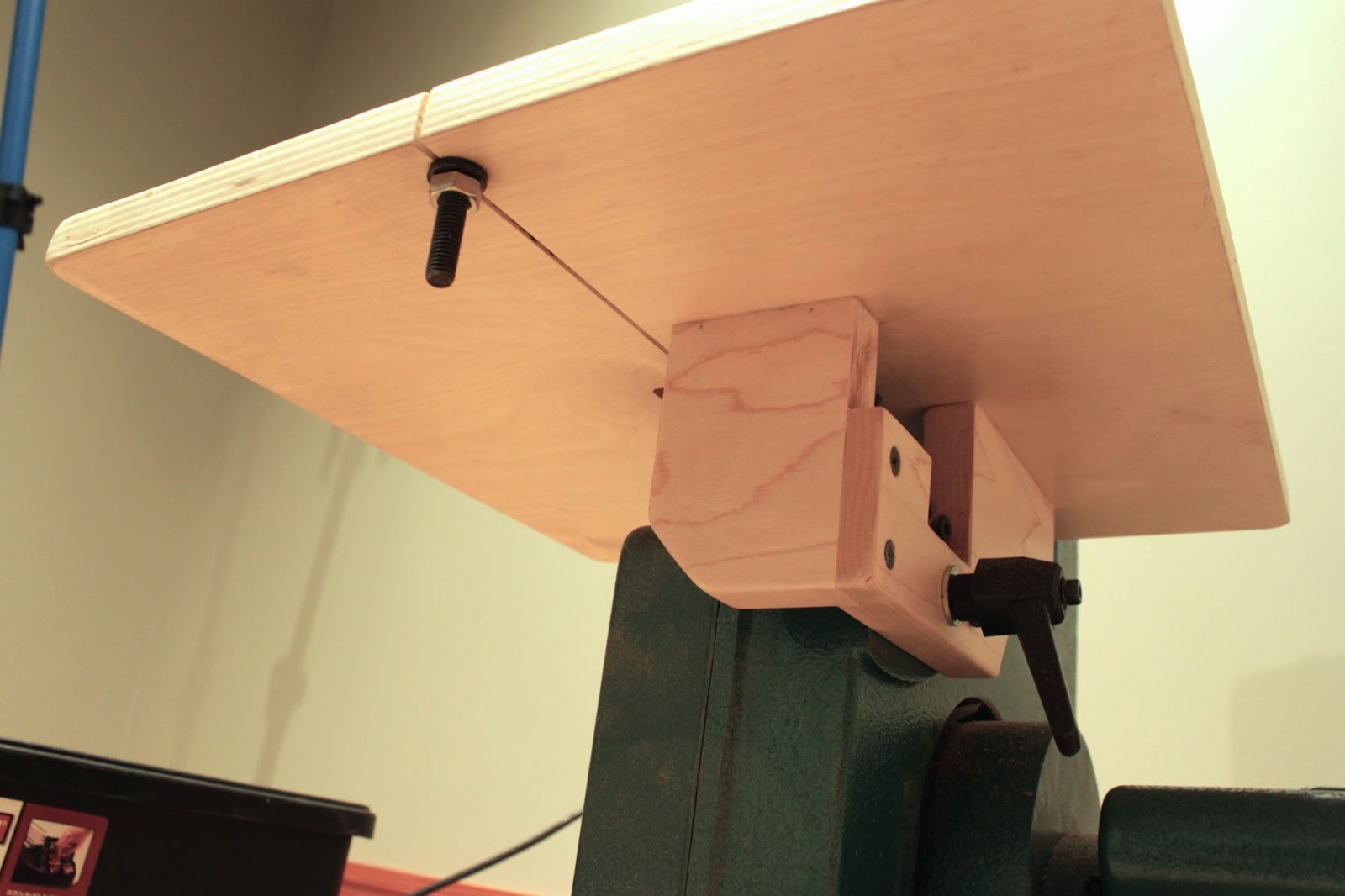 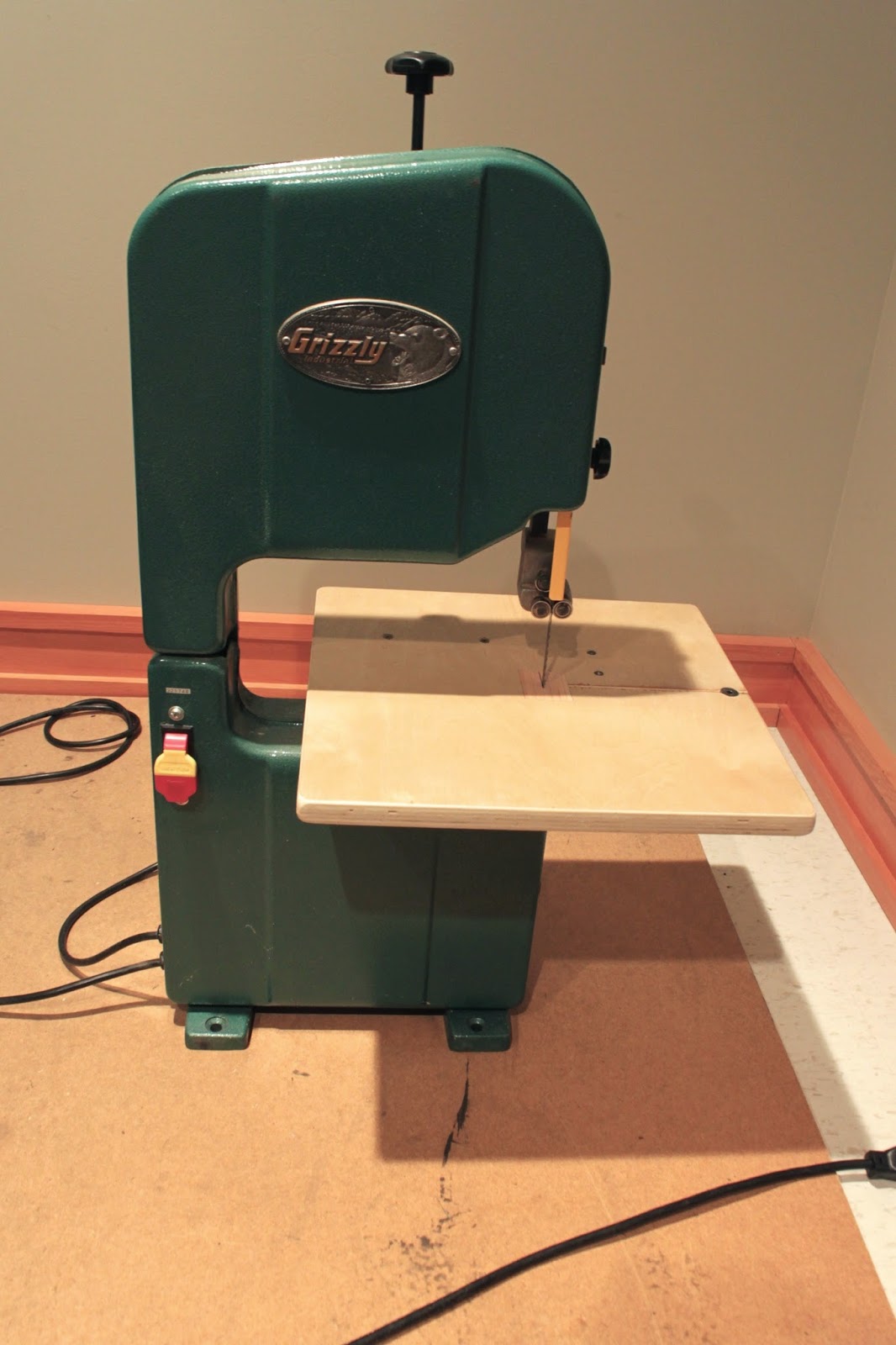 Posted by aerialcopper at 8:27 PM No comments:

Polar Planimeter and How To Calibrate 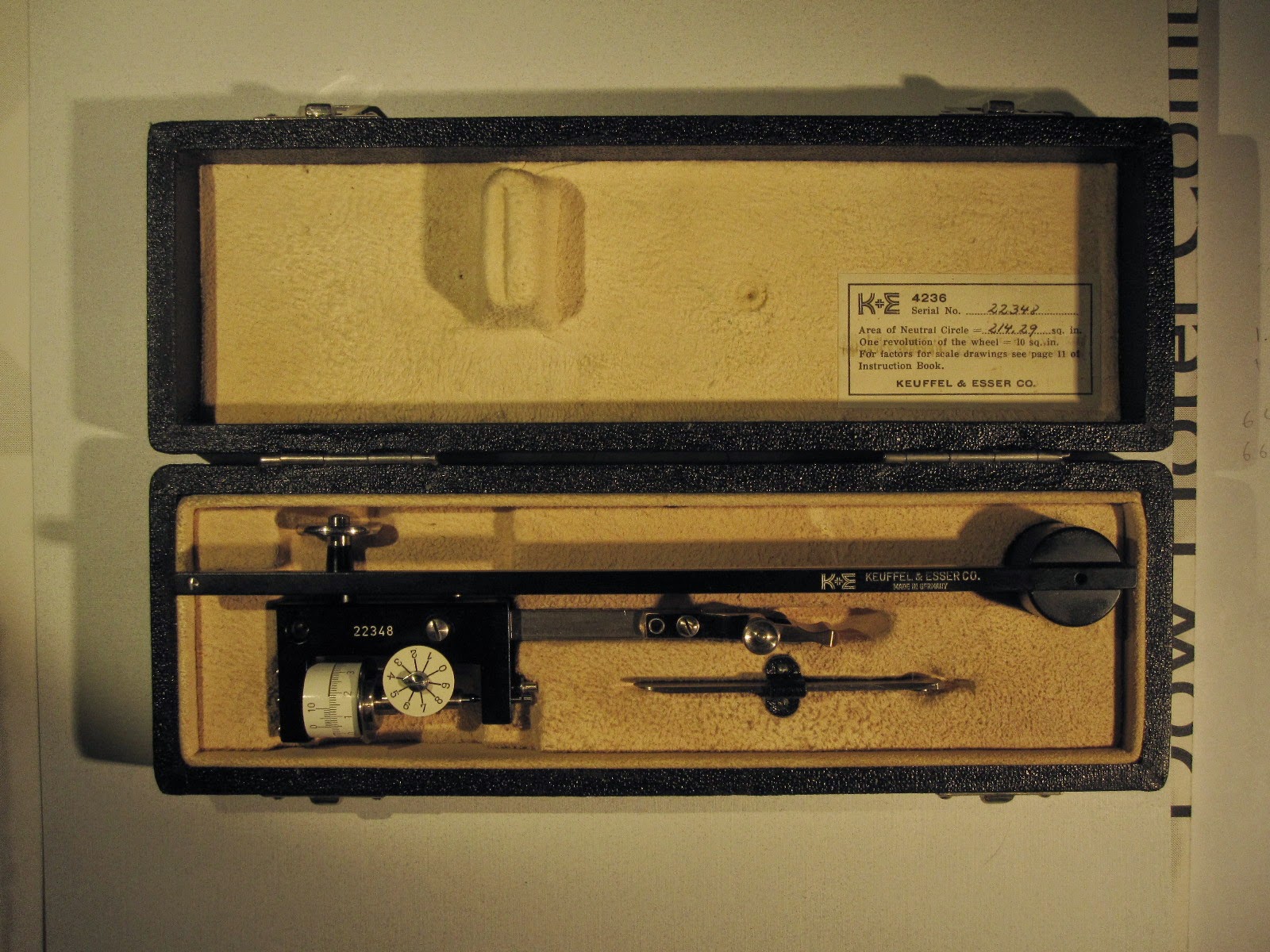 Skip to the bottom of the photographs if you want to read about calibration.

I bought a planimeter on Ebay with the intention of actually using it. It cost about $40, which is both cheap and expensive depending on how you see it. Compared to making one from scratch, it is practically free. It's expensive in the sense that planimeters are very precise instruments, and you'd have to be lucky to end up with one in good condition after 50 years of use. 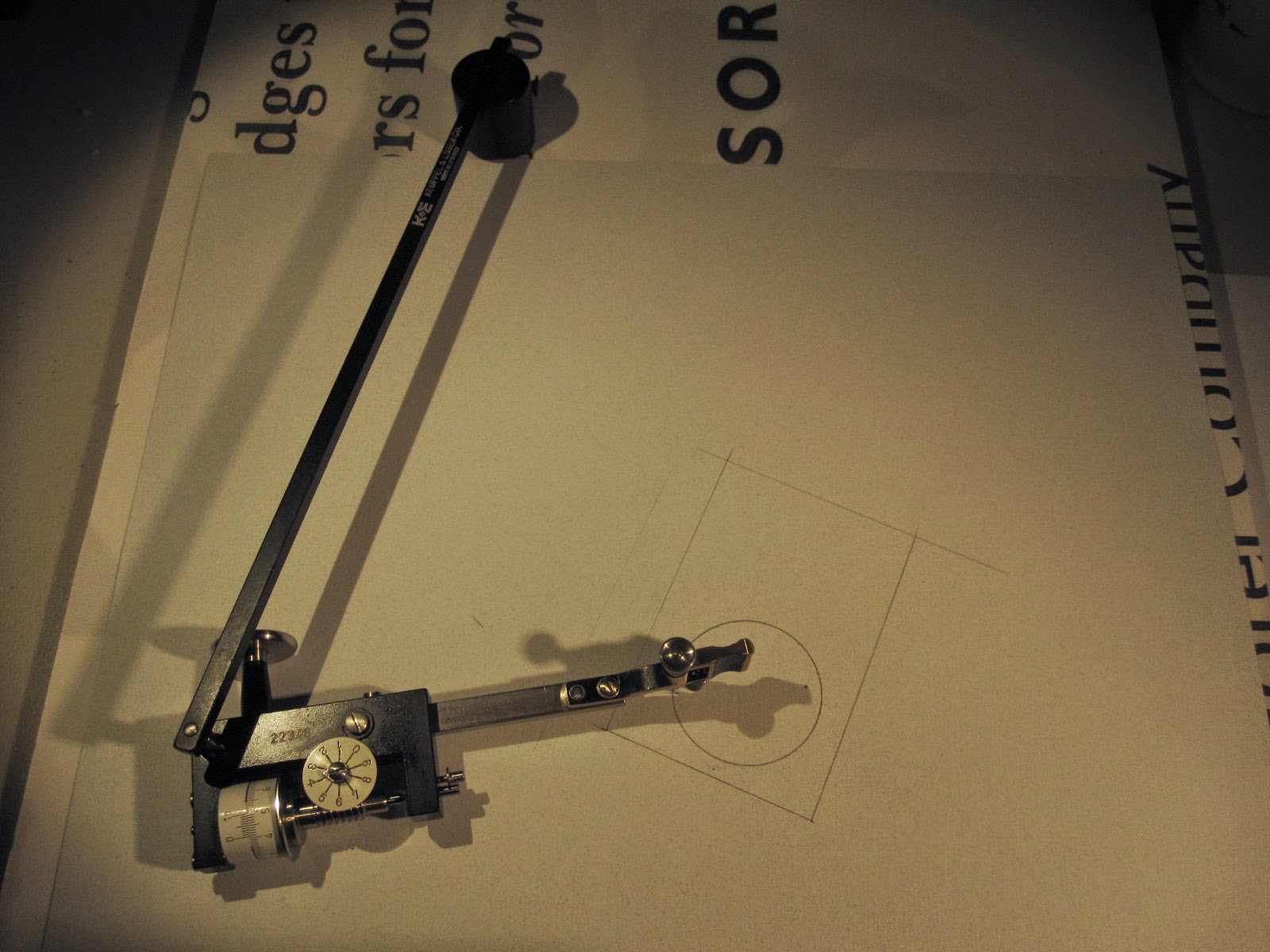 It took me a day and a half of machining and calibration to make it work properly again. One of the hardened bearing points on the 'integrating wheel' was shattered, so I put it in the lathe and sharpened it with an abrasive stick. I cleaned out the mating bearing surface with a sewing needle, alcohol, and compressed air. 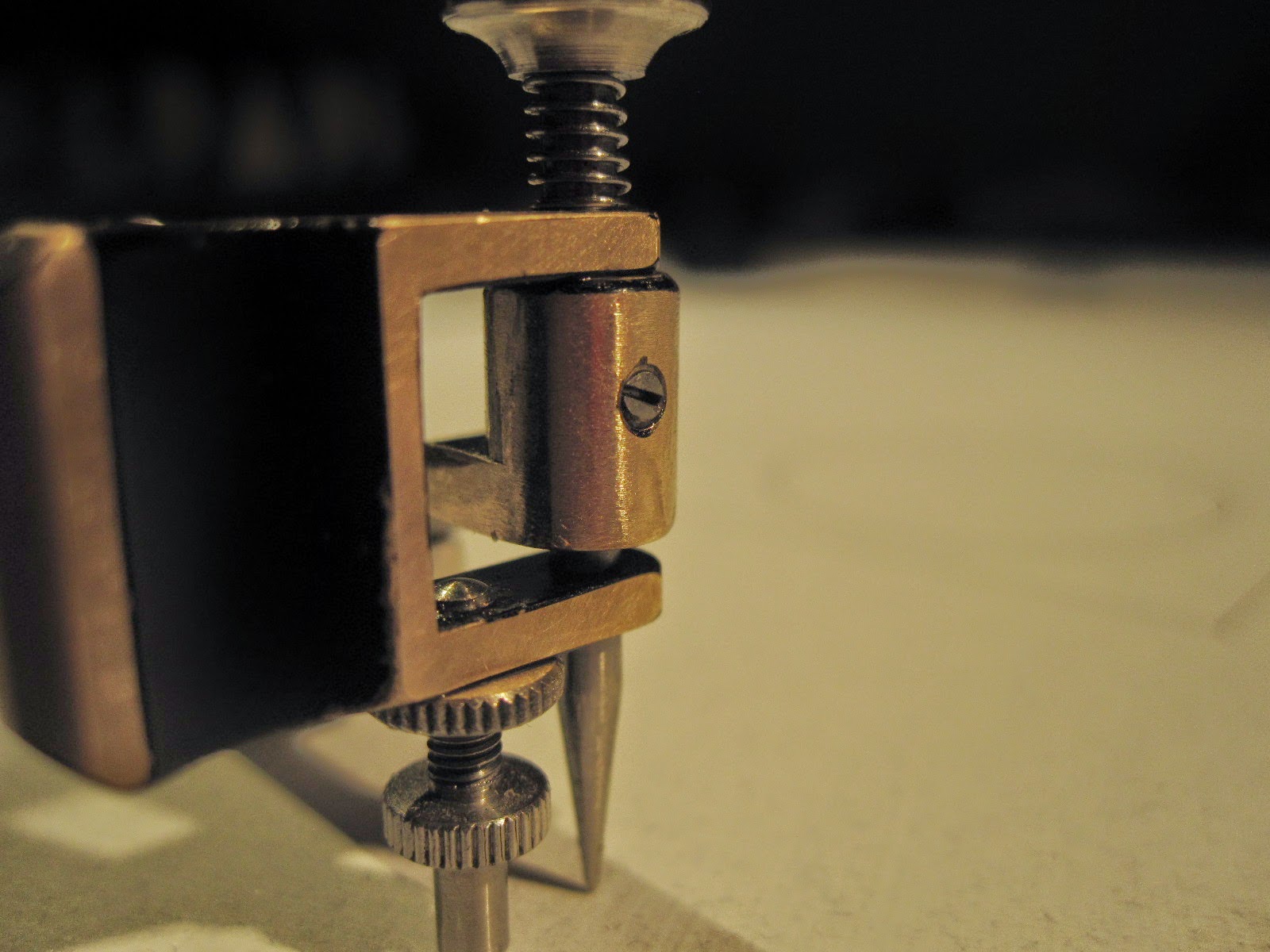 Above, the setscrew head was mangled. I shaped a small screwdriver to remove it, and I restored the slot with a jeweler's saw. I filed some of the painted surfaces as you can see. Bare brass seems to endure the test of time, and the paint was not looking good.

Below, the 'dumb' wheel was sticky when I got it. I think it might have been that way from the factory. The shoulder screw didn't have any thread relief before the shoulder, so it would not shoulder up to the mating hole like it was supposed to. The person who put it together cranked down on the screw to remove lateral play from the wheel, and screwed up the threads. I filed a relief in the shoulder screw, filed the brass post down to a better situation, and countersunk the female threads a little. The wheel spun very freely afterwards. 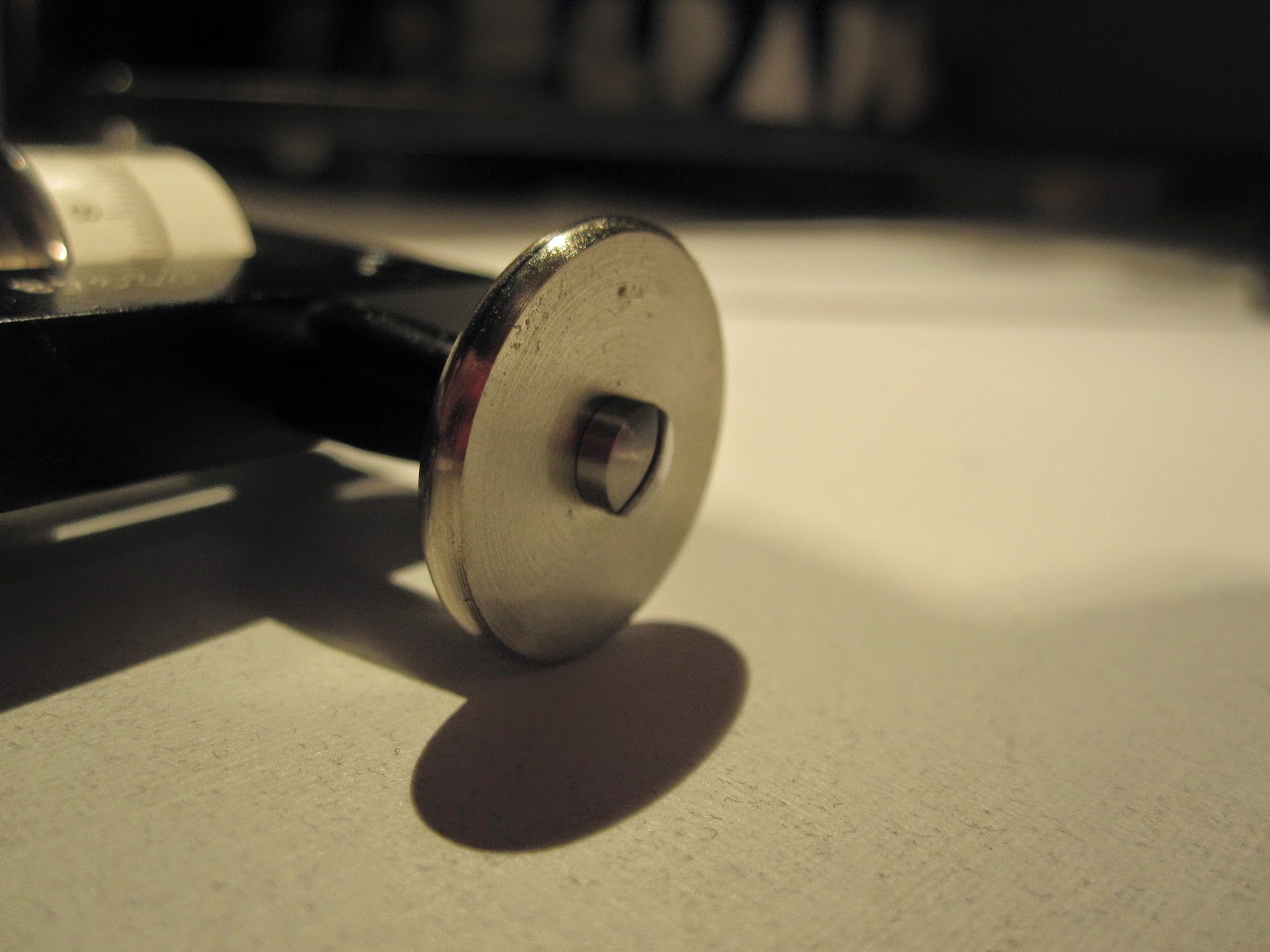 How to Calibrate a Polar Planimeter:

There is a free book on planimeter use and theory here:
https://archive.org/stream/polarplanimeter00yendgoog#page/n6/mode/2up

I learned a bit from it, but ugh. Skipped much of the theory (I'm not that good at math). Not an easy read... obfuscated and longer than it needs to be.

So here is the machinist's guide to calibration and testing. I'm sure this is not good enough for some people, and far too thorough for others. I'm not responsible for wrecked planimeters; this was just my approach. 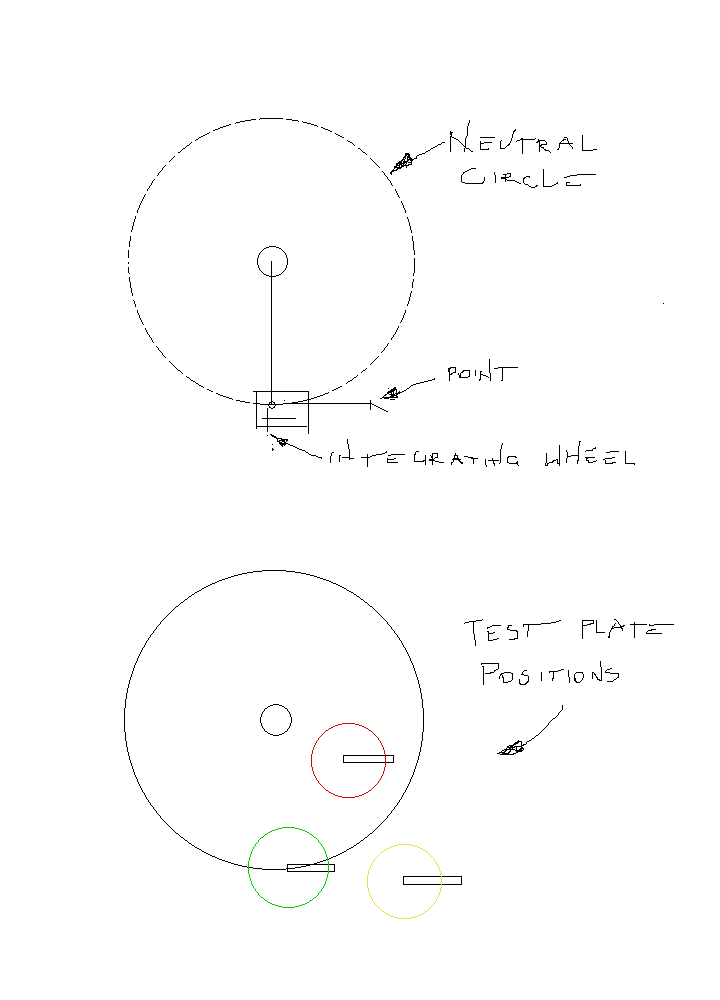 SO, I ended up aligning the pointer by eyeballing it, essentially. I did do some measurement. This seemed to yield better accuracy at green and yellow positions, and the red position is just not accurate.

KEEP IN MIND, these test plate trials were not returning accurate numbers, just very repeatable/precise ones. Repeatable being, +.03" to +.06" ^ 2. Three turns forwards and three turns backwards on the test plate brought the planimeter exactly back where it was. This gave me confidence that the integrating wheel bearings were adjusted correctly, and that the planimeter was going to work eventually. The tables at the back of the book show that this is reasonable precision for a polar planimeter. However, all of the results were a couple hundredths of a square inch too high. This segways into the next step. 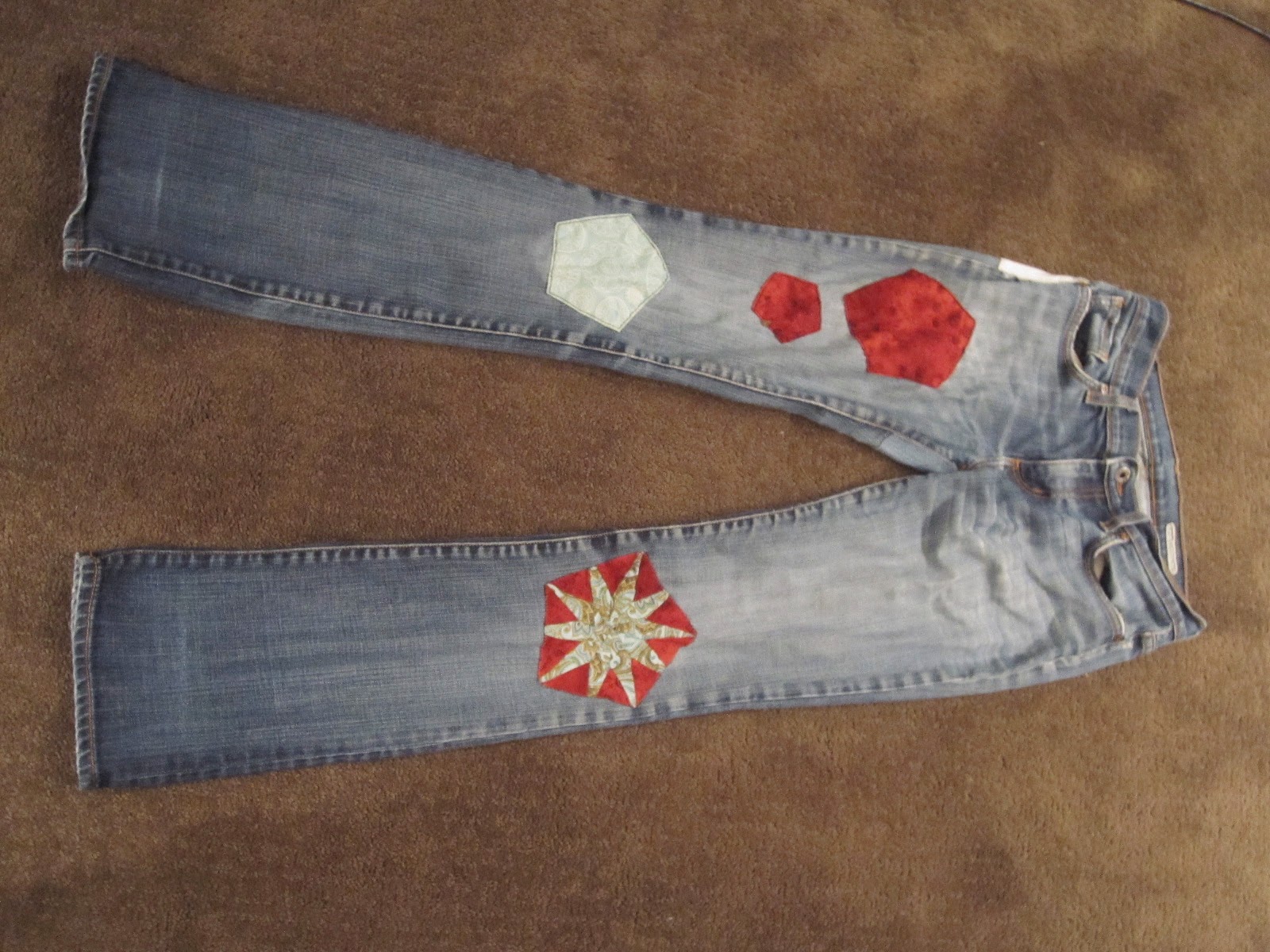 I patched some pants for my sister in law. They had many holes. 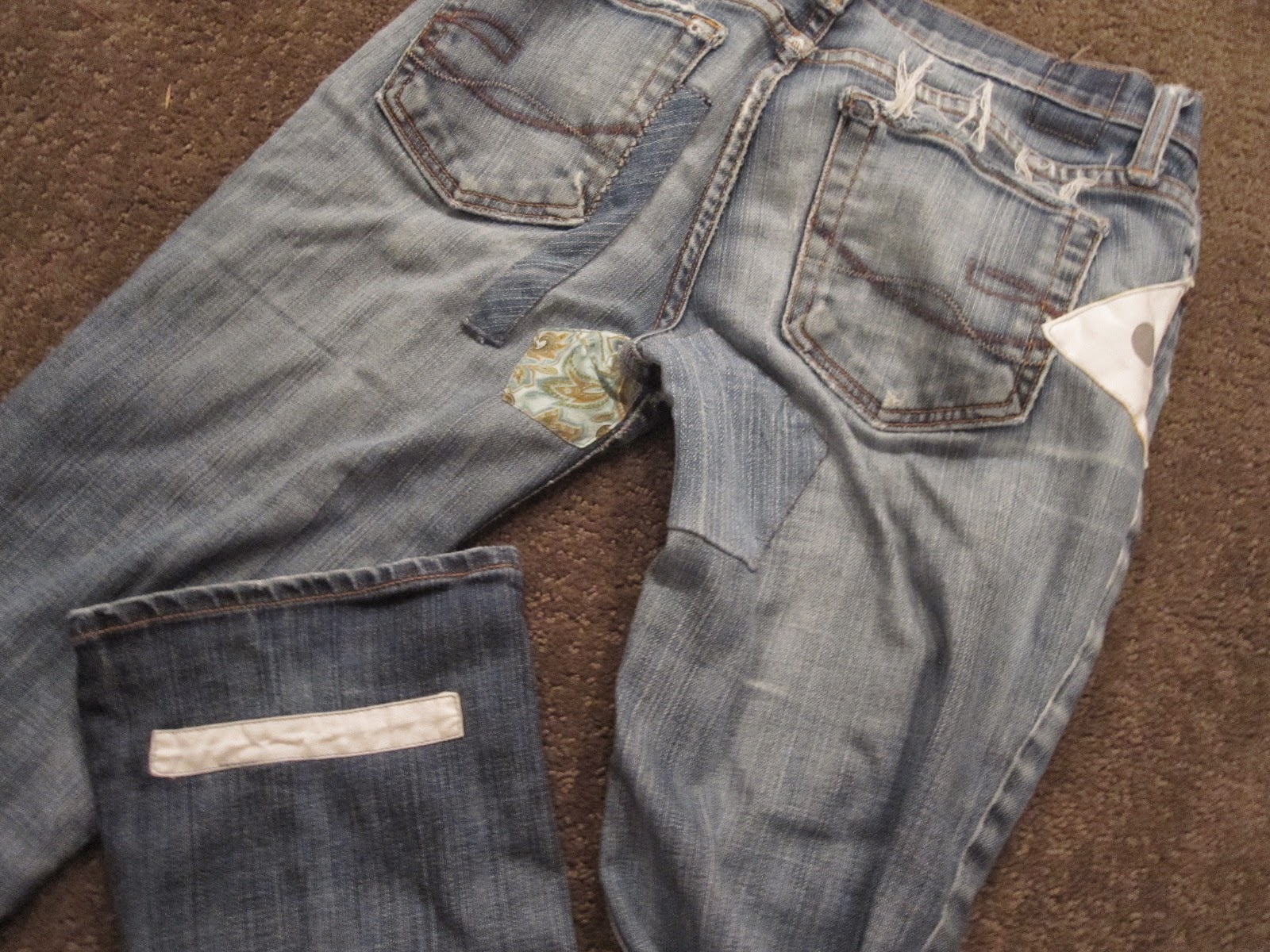 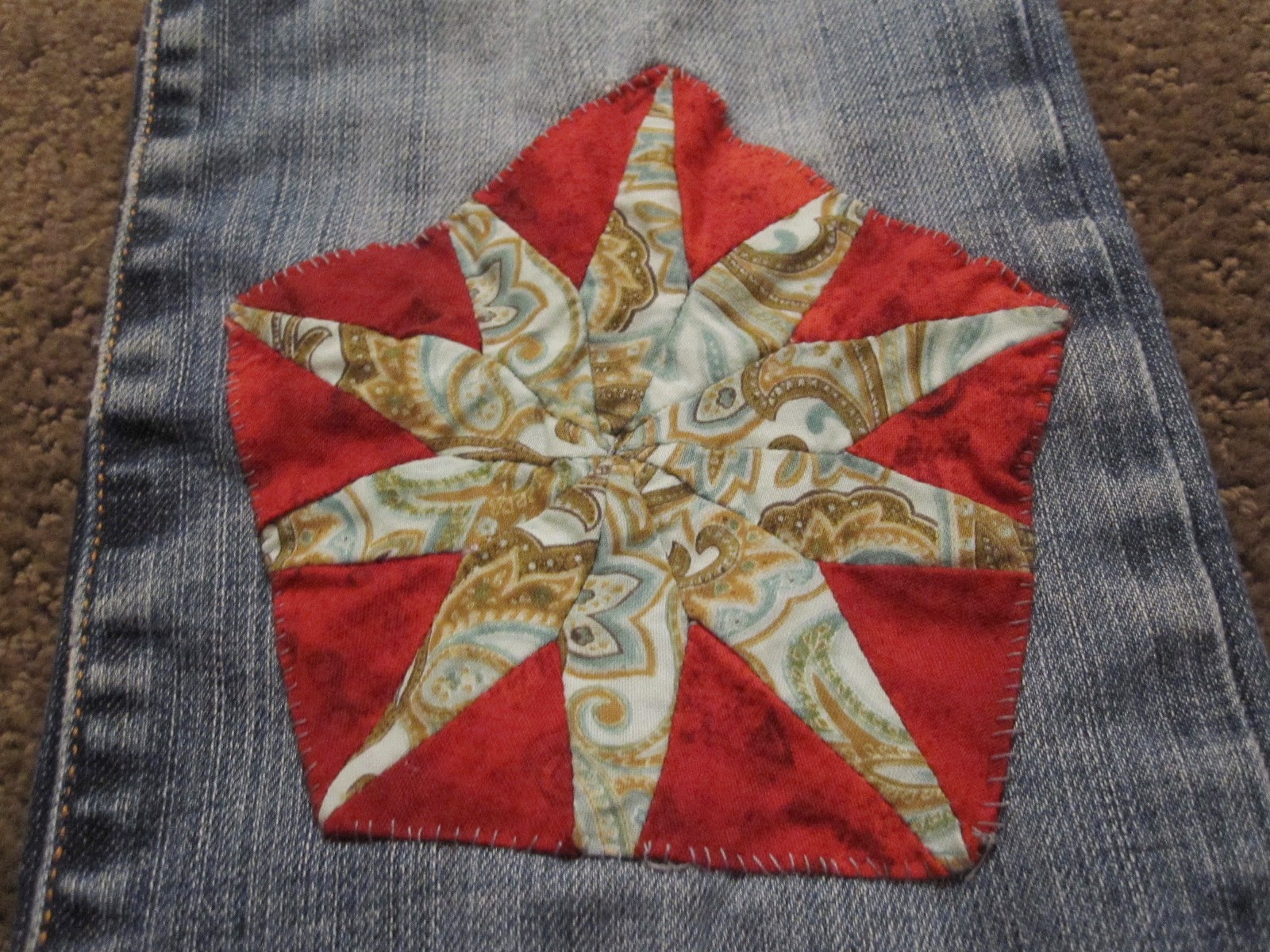 Posted by aerialcopper at 7:10 PM No comments: