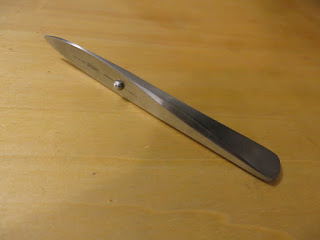 This is an oyster knife my neighbor was gifted. He liked the shape, but the sharp handle end of it dug into his hand when he pried apart oysters. He hired me to make a handle for it. I knew it would be difficult because the handle tapers in two directions; the handle would have to have a complex mortise to receive it. I drew a handful of ideas, and he liked this version: 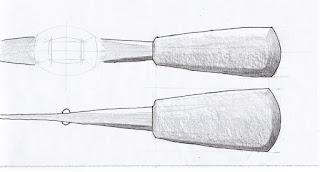 I decided to try to make it in two pieces, out of ebony. I roughed out the shape with the milling machine, which didn't have to be super precise as the epoxy would fill the gaps. However, I wanted to keep the fit very tight where the knife protruded from the handle, to make for a clean seam. I reduced the size of the milled slot there, so that I could hand-file the opening to fit the profile of the handle. This was made more difficult because the knife was not symmetrical; it was ground by hand. 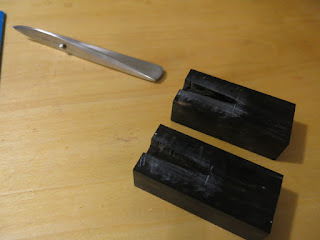 The knife fitted snugly in the milled slots. I put a little bit of oil on the knife, pressed it into the opening, and filed away the neck where the knife contacts it. Bit by bit, I work down until the two halves close tightly around the knife, always minding the ebony blocks are mated to their corresponding sides of the handle. 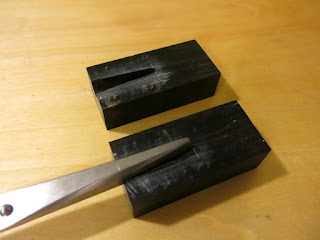 Below you can see the reduced neck of the opening where I am filing: 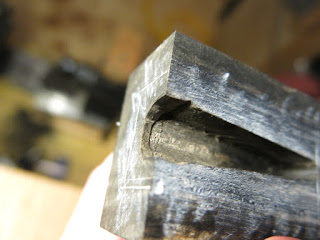 And here they are closed: 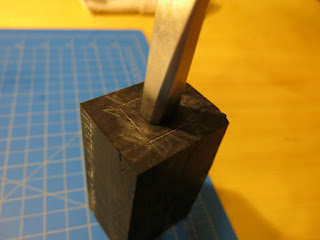 I was cleaning as I went, but there were so many tools involved! It was a challenge projecting all the faces of the knife into the handle. This is probably a third or half of the tools I used- 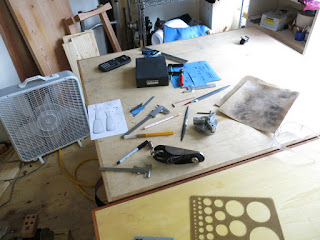 I shaped the front face of the wooden handle before epoxying them together. After it was glued into a solid block, it would be difficult to shape the front face without scratching the oyster knife. Here it is being glued together: 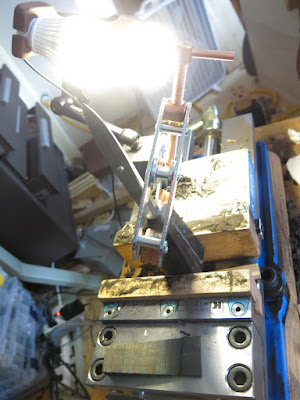 After a couple hours of shaping and sanding: 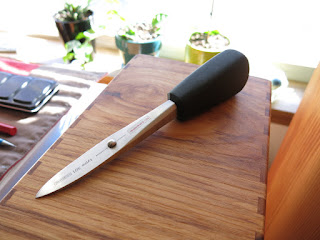 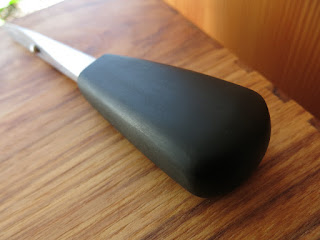 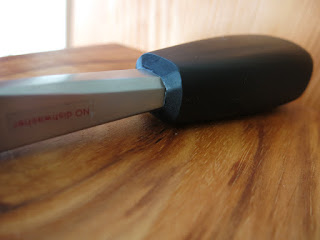 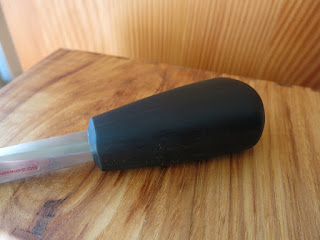 Here it is in comparison to the original drawing: 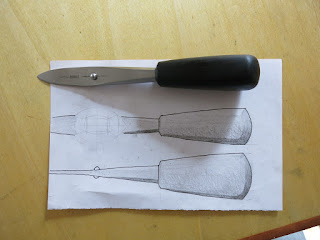 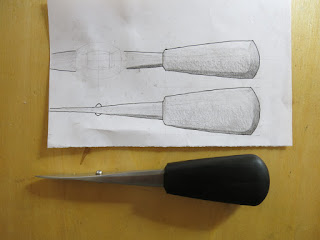 In hindsight, it would have taken less time to make a knife from scratch. The result is special though; it looks and feels nice, and it retains the sentimental value of the oyster knife.
Posted by aerialcopper at 12:51 PM