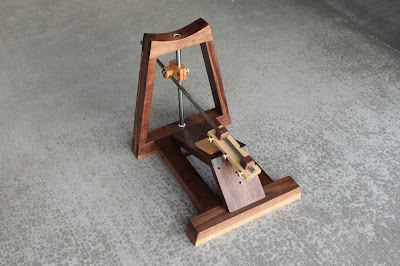 I wanted to make my sharpening service more versatile, and to be able to put exact angles on nice things such as hair cutting scissors and expensive knives. I made this sharpening jig... a bit fancier than I set out to initially. It's made of walnut mostly. 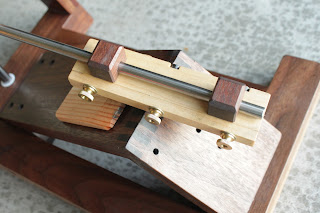 The stone holder accepts 1" wide by 6" long stones. It only grips about 1/16", so I can get a lot of wear out of a 1/4" thick stone before replacing. Stones are relatively cheap, $6-14. I will probably make a handle for it someday, but for now it's not bad to hold the walnut block on top. 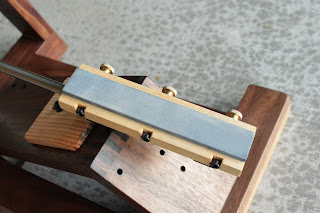 The two angle ranges on the "platen" range from nearly 0 degrees to about 70 degrees included on the front face. The front face is usually used for scissors and single bevel tools, the back face is for most knives, axes, etc. 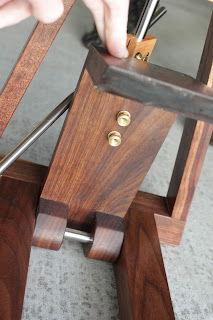 Since the platen pivots, it's easy to put shims underneath it to work on a certain part of the bevel. With a knife for instance, a piece of cardstock is put beneath the platen to make sure only the tip of the edge is touched by a finer grit stone. 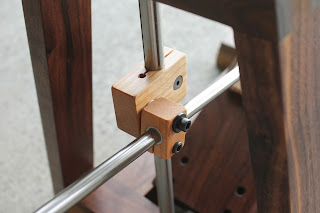 Cherry mechanical parts. PTFE bushing and hardened linear shaft. The smaller pivot slides on the unthreaded part of the cap screw... admittedly the weak point in this design but still far more than adequate. I'd probably use a shoulder screw if I made it for someone else. The screw which pinches the bushing can take all of the play out of the mechanism, not that it really needs to. 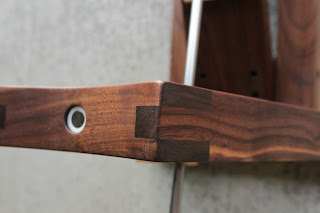 The pivot also has PTFE bushings, and rests on a ball bearing at the bottom. Very stiff and smooth. 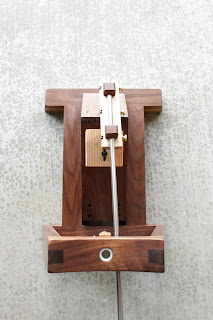 Here it was in progress: 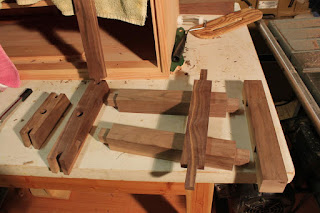 And in its native environment: 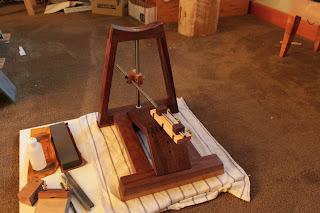 Posted by aerialcopper at 4:09 PM