I made a mount for a new motor for my Taig milling machine. The motors that taig offers (I bought both) are overpowered and too heavy for the mill. Their large mass cantilevered out from the mill head amplifies chatter, especially when cutting along the Y axis. It puts a lot of strain on the leadscrew and head. The weight deflects the head downwards, and it adds another dimension of difficulty when trying to hold tolerances.

For a long time I powered the mill with a small used 230v fan motor running on 115v, which was superior in every way but power. It is German made and has very low vibration. I only used one pulley ratio with it, around 400 RPM. The low speed is well suited to the mill; it keeps chatter at bay. The motor could be stalled with a 1/8" end mill though, to get an idea for how weak it was. In the past, I have regularly switched between all three motors. The fan motor couldn't drill a 1/4" hole and I'm pretty sure a file can make chips faster, but it left the best surface finish. The cheap motor from Taig had terrible vibration which transferred directly to the work, but had the speed and power to spin a 1/4" drill. The upgrade motor from Taig was a compromise between the two, but it spun so fast that it struggled with cutters over 3/16".

As much as I want to be done fighting the Taig mill every step of the way, I don't know what I'd do without it. Another mill is out of the question. I decided it was worth putting a bit of time into getting the motor situation rectified. I bought a Takanawa condenser motor from an electronics surplus site for $20. I browsed all the AC motors of maybe five surplus sites, and decided on this one. 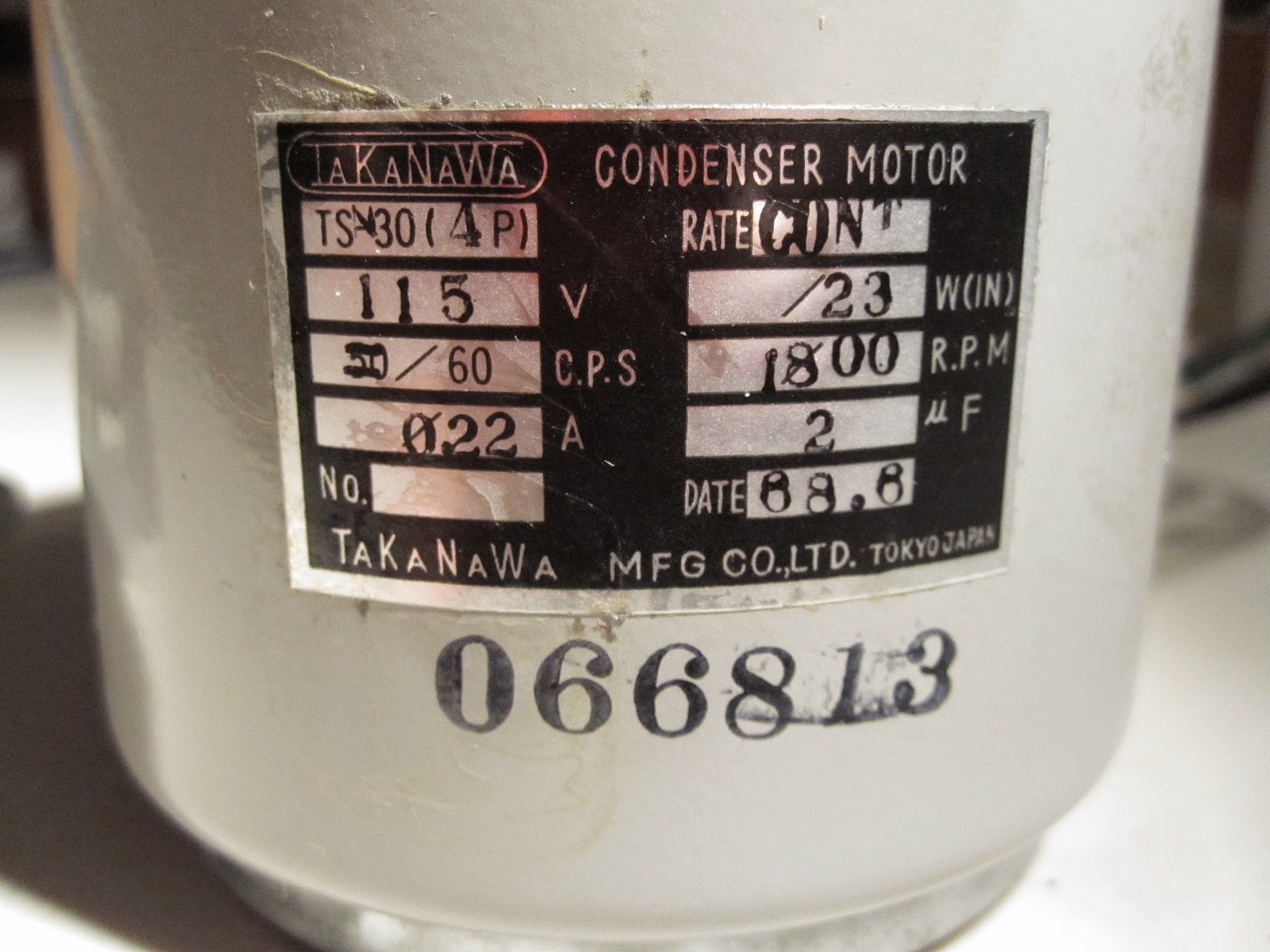 It looked like it ran smoothly, had a relatively low RPM, and it was cheap. I confirmed today that it does indeed run very nicely. It probably has twice the torque of the fan motor I was using previously. I'm going to run it with a flat belt and crowned pulleys instead of the Taig V belt, in interest of preserving as much of the motor energy as possible. The speed will be reduced to 400 RPM or so.

Below is the bracket that attaches to the side of the mill head: 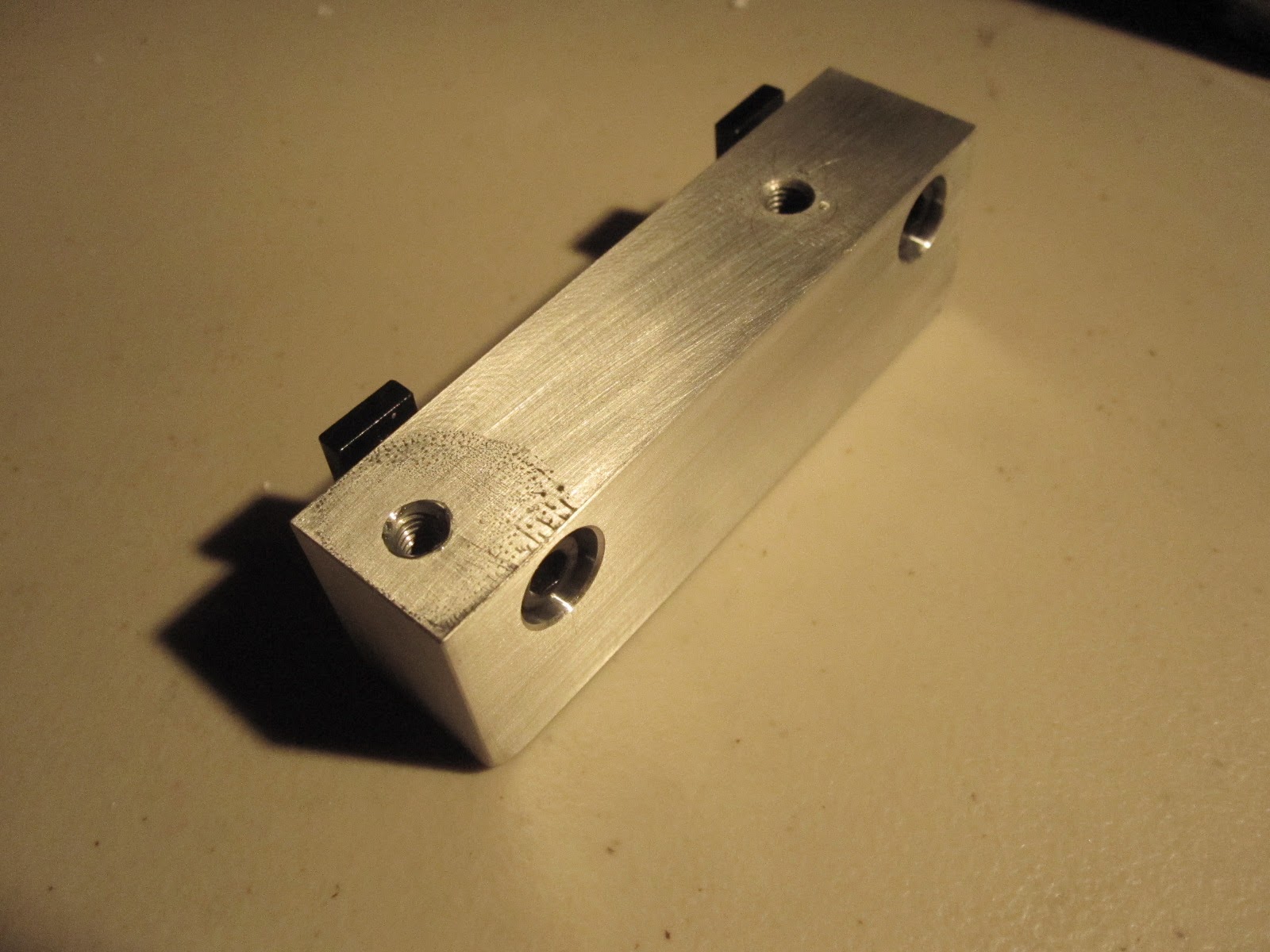 And here is the plate that attaches the motor and allows it to slide for tensioning the belt: 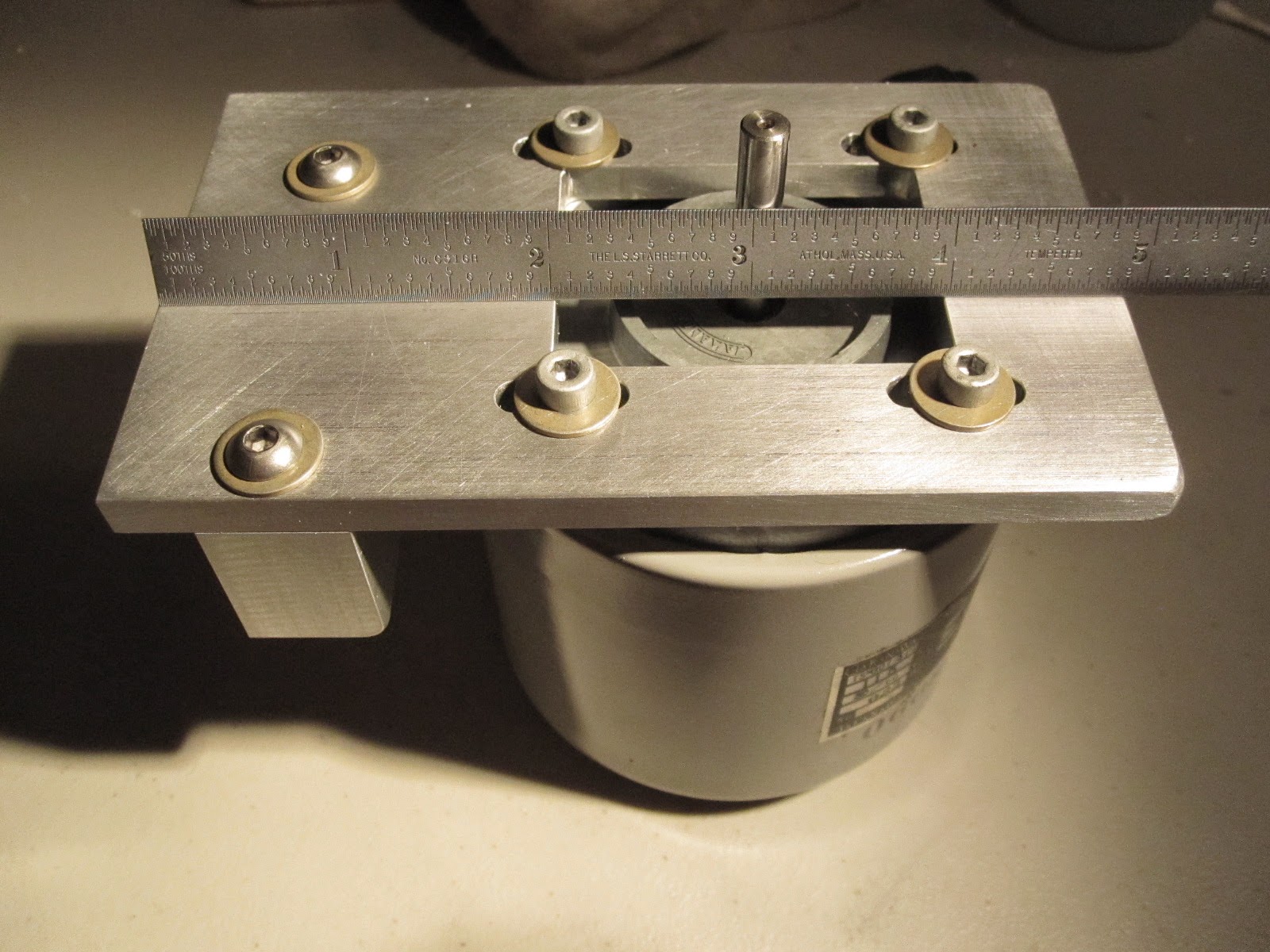 See the motor mounted on the Taig Head here.

I will likely make another post when the pulleys and wiring are complete. The run capacitors are going inside a PVC pipe enclosure. For shits and a good time, I cleaned up a PVC end cap: 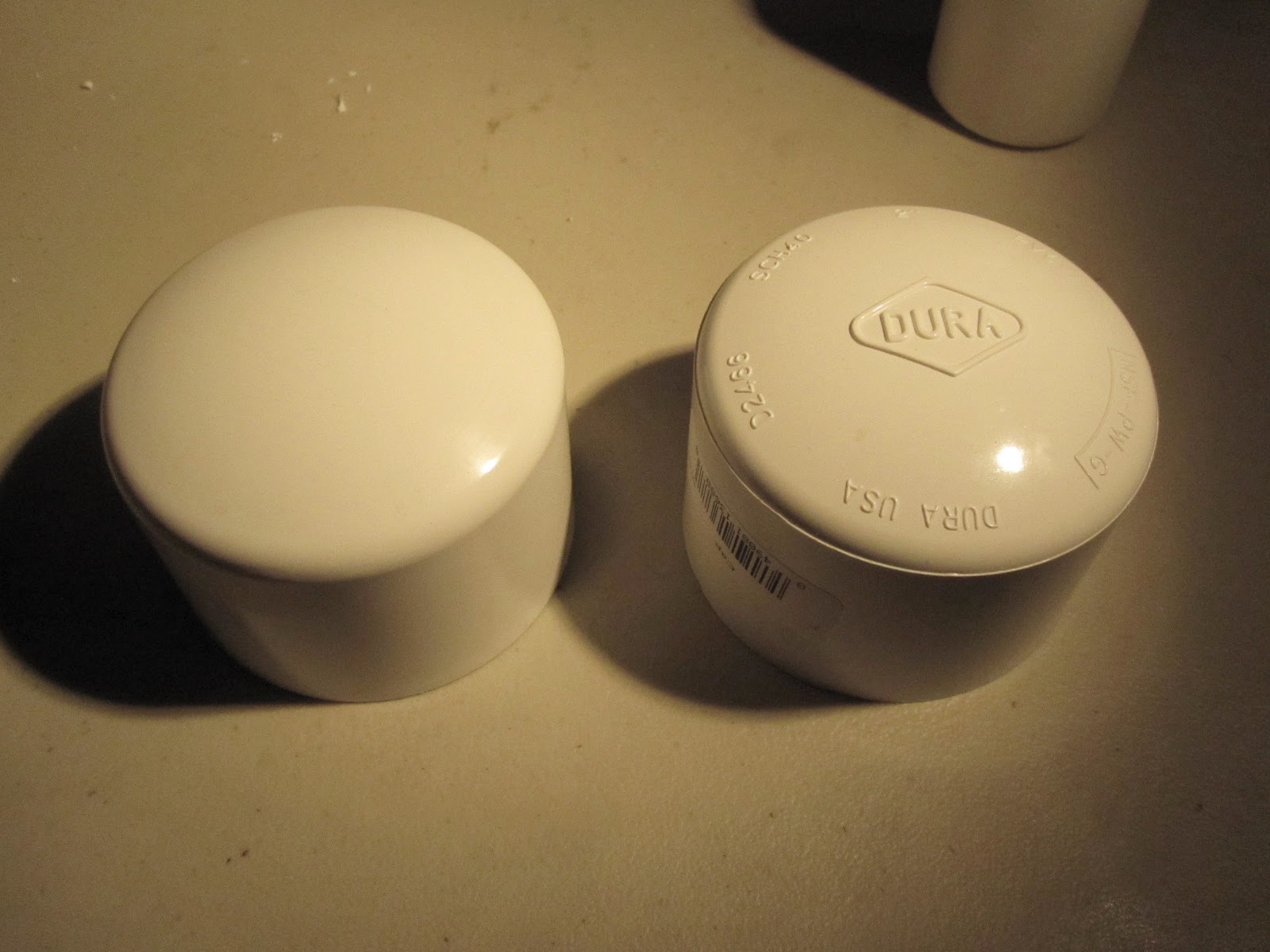 It looks nice but takes a while. These are my tools: 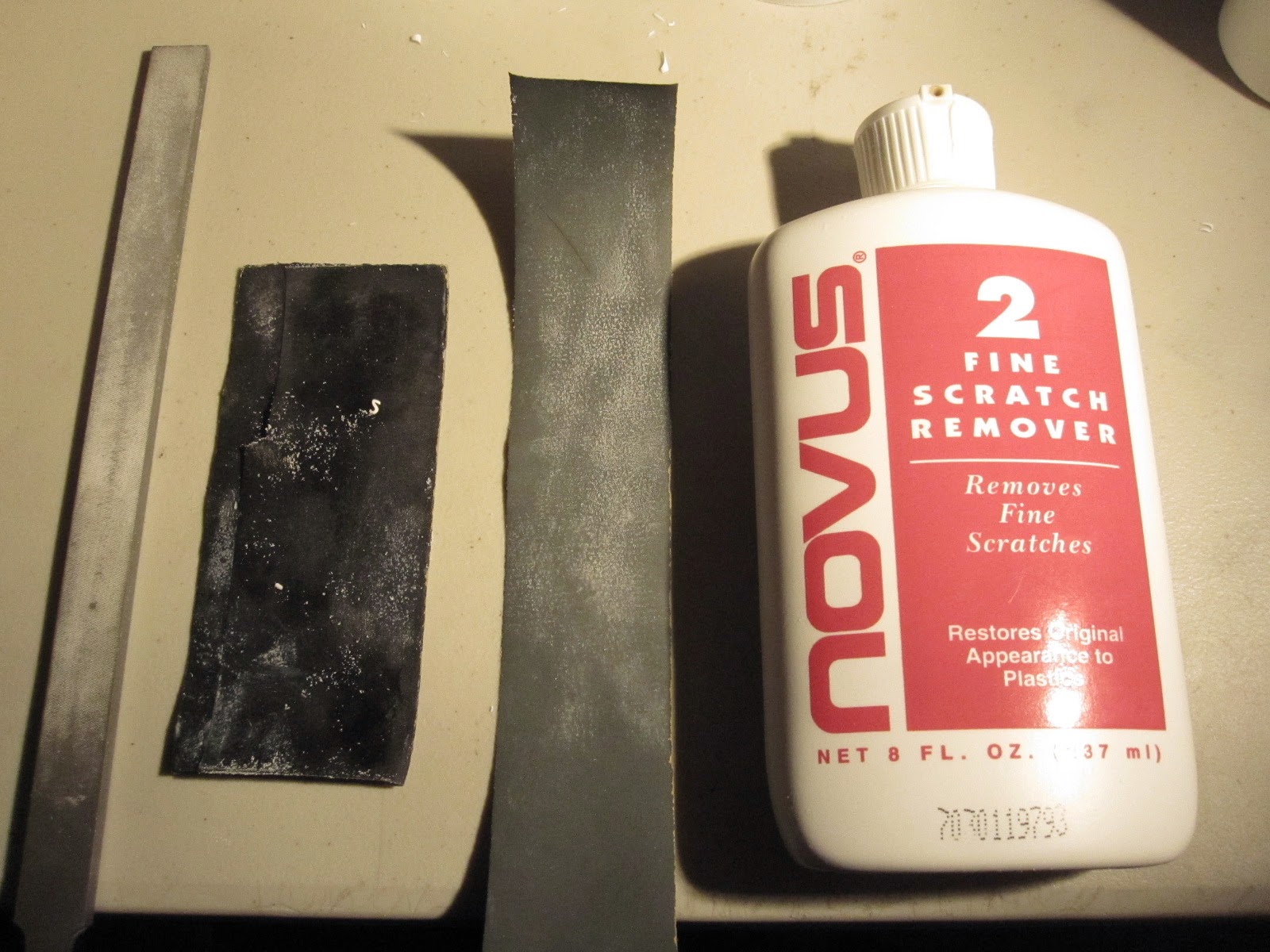 Posted by aerialcopper at 11:25 PM