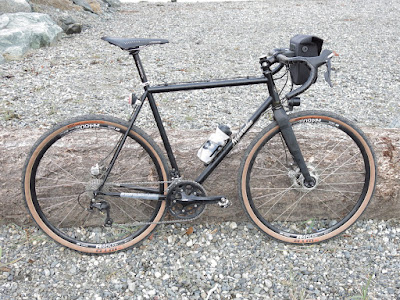 Gave my commuter bike an overhaul to make mountain biking a little friendlier. It had fenders and road 28x700c tires before, now it has 40's and knobs and no fenders to tangle with.

To put on the bigger tires, I had to get a new front derailleur and find a way to mount the lights without the fenders. I made little aluminum brackets for the front and rear: 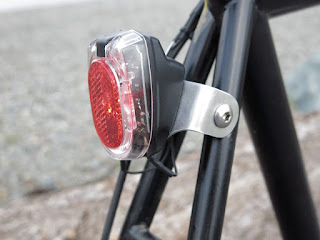 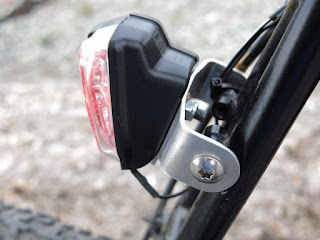 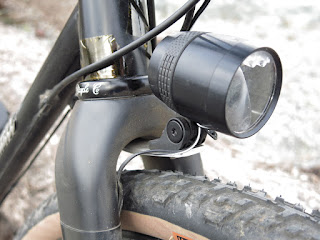 I also got a smaller handlebar bag. I don't know what sort of G-forces a CX bike front end endures on galbraith mountain, but it was enough to really give the bigger handlebar bag a beating. With the smaller one I still don't have to wear a backpack, but I can still carry tube, tools, garlic press, and a few servings of hash browns. 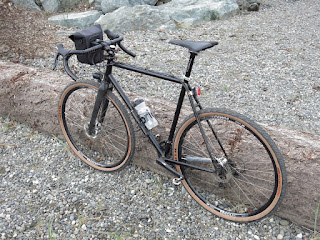 This version of the bike has been named Monty by my sister. 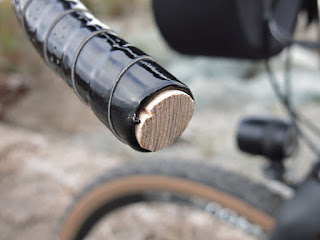 Hurried to go on a ride with her yesterday, and one bar plug short of a full set, I whittled one out of fir in 12.2 seconds.

The bike is still far from a mountain bike, but after riding the 28mm road tires for a year it feels like I can do anything on it :) 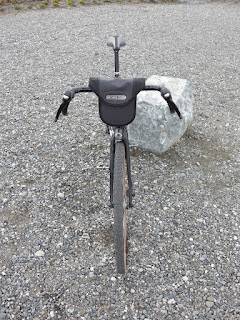 Posted by aerialcopper at 11:19 AM