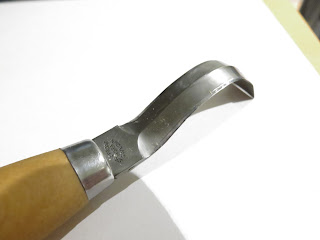 I have a Morakniv 163 hook knife, which isn't the best knife but it does work. I thought I'd try to improve it instead of buying or making another. Above and below are pictures of the knife more or less as it came new. 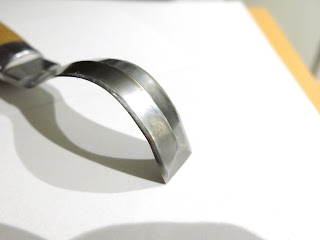 Below, the re-ground blade. It's less prone to catching and more predictable, though the handle is still too short and the blade ought to have a thicker profile. It definitely does the job though, and better than before.

To sharpen it and all my carving tools quickly I just use a 1200 grit aluminum oxide stone with sewing machine oil, followed by dia-paste on a strop. A light touch with the stone keeps a large un-strop-able burr from forming. I could (and sometimes do) use finer grits to get a sharper edge, but it seems counter-productive when the edge loses that extra sharpness after 30 sec. of use. 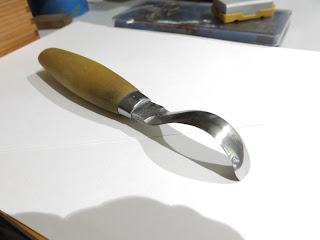 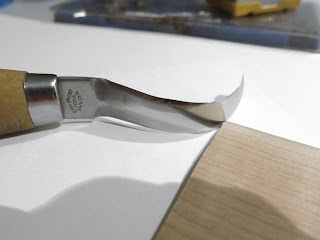 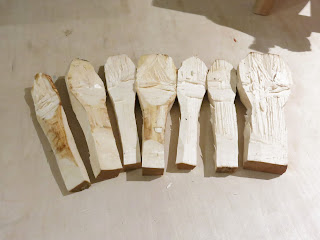 Posted by aerialcopper at 11:06 PM