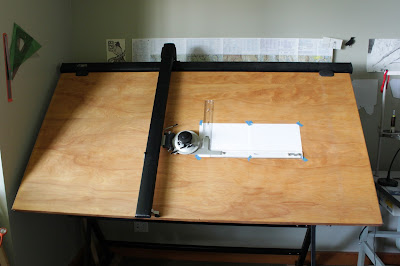 I bought and rebuilt a Vemco V-track 612. It was made in the 70's. I completely cleaned and lubricated every component, protractor head included. It's very smooth and solid now. I replaced all of the carriage bearings, some screws, and a brake pad, but everything else was in good working condition. I understand replacement parts are no longer available for these machines, but I'm sure I could make a part from scratch if ever necessary... unlikely though. Many of the parts are standard--it's built like an old airplane.

These machines are really cheap now for how well they're built. Useless to most people I guess, but I hope to use the heck out of it for 1:1 pattern making, general design, making containers/envelopes, and drawing for fun.

I covet the Civil Engineer's protractor head for its appearance but it seems they're pretty rare. The Type 4 head on mine is a treat itself. The manual says not to disassemble the Type 4 because re-assembly is difficult, but it really wasn't too bad. Pretty complex unit for its job though! 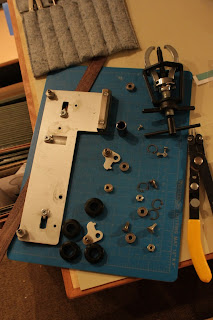 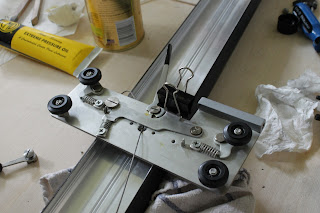 Above, gluing the new brake pad on

I sketched out and cut this gift box for my brother with the machine in record time. The charcoal lines on the outside were just done on the floor, with the charcoal I made. 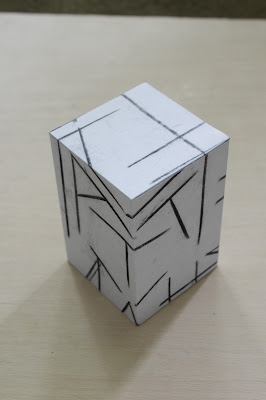 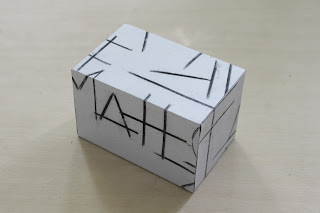 Posted by aerialcopper at 2:56 PM