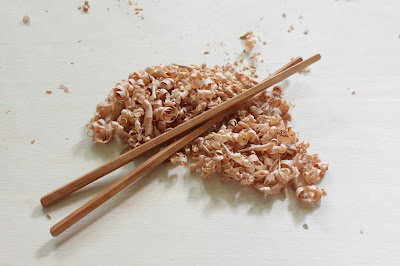 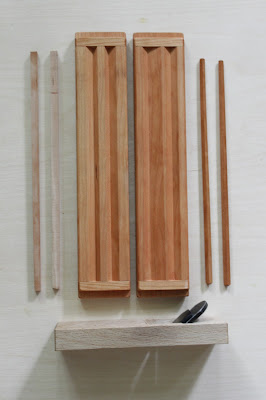 From left to right, I start with the .30" square blanks. I cut two adjacent faces of the pentagon in the first two slots. I then cut a third face, touching the first two. In the last slot, I cut the fourth side opposite the previously cut one. The fifth face remains from one of the faces on the blank, but I plane it too for surface finish. I also taper the chopsticks in the rightmost slot.

The cross pieces which prevent the sticks from slipping are on both ends, as I have to plane in either direction according to the grain of the wood. It's a bit touchy sometimes; a very manual process. 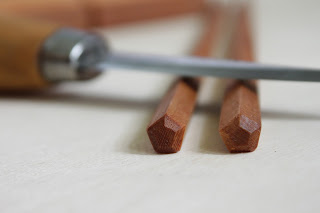 The last step is to chamfer the ends and oil them.
Posted by aerialcopper at 4:06 PM