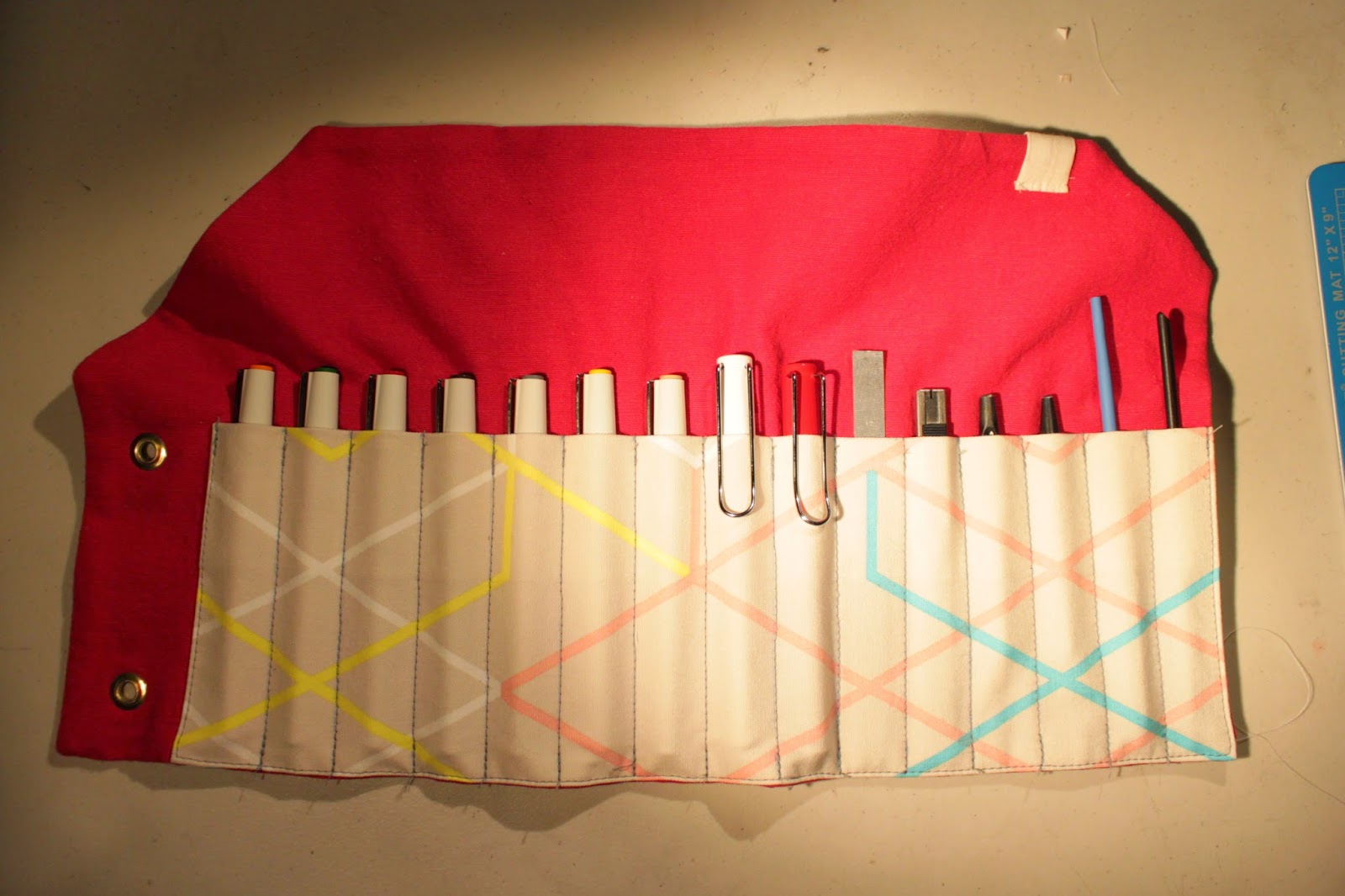 Too many pens. I sorted them at least, in this roll I made. I actually made four, and filled up two of them. Heavy canvas with a coarse cotton liner, brass grommets . The white fountain pen in the middle traced the pattern onto the fabric. Initially I bought the fountain pens just for pretentious letters, but they are such an improvement from sharpies, ballpoints, and tailor's chalk. Not just for writing. For me, mostly not for writing. Pattern tracing, marking permanently on fabric and paper, and fast/clean ruling. Two line widths in one, by using backside of nib. I probably wouldn't have the rapidograph set if FP's could trace around templates and curves more easily.

By the way, I use fountain pen ink in the rapidographs so they definitely won't clog. FP ink has some disadvantages, see the inconsistency in line darkness on the blog header due to graph lines on paper. If I cared, I would use india ink in the ruling pens. Proposition: show me that you can clog a ruling pen, and I'll show you a place very far from anything I own. 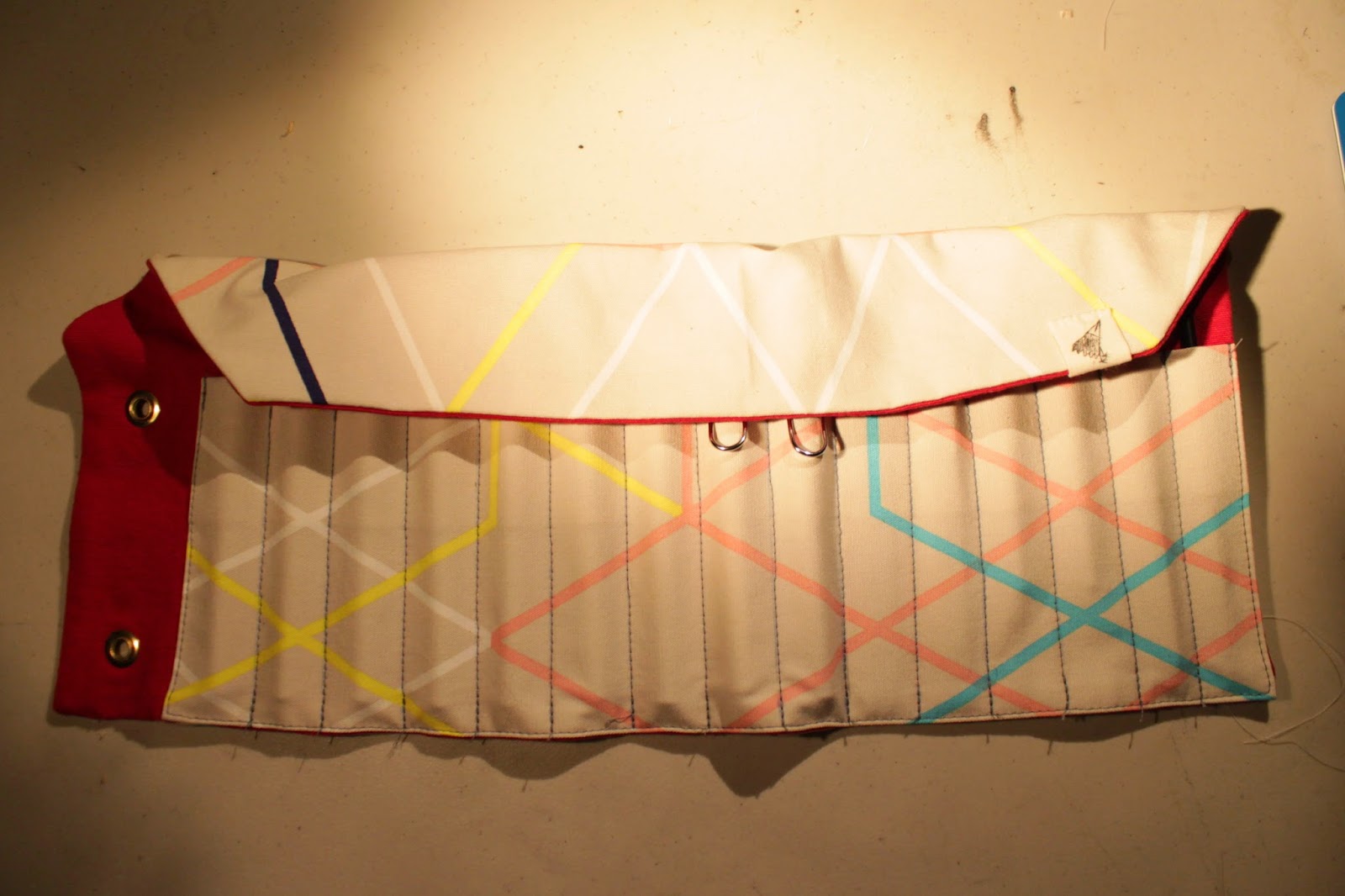 You can probably see the chalk lines that I didn't wash off. Ideally these will be covered with ink stains in ten years, so the chalk will be less of an issue then. 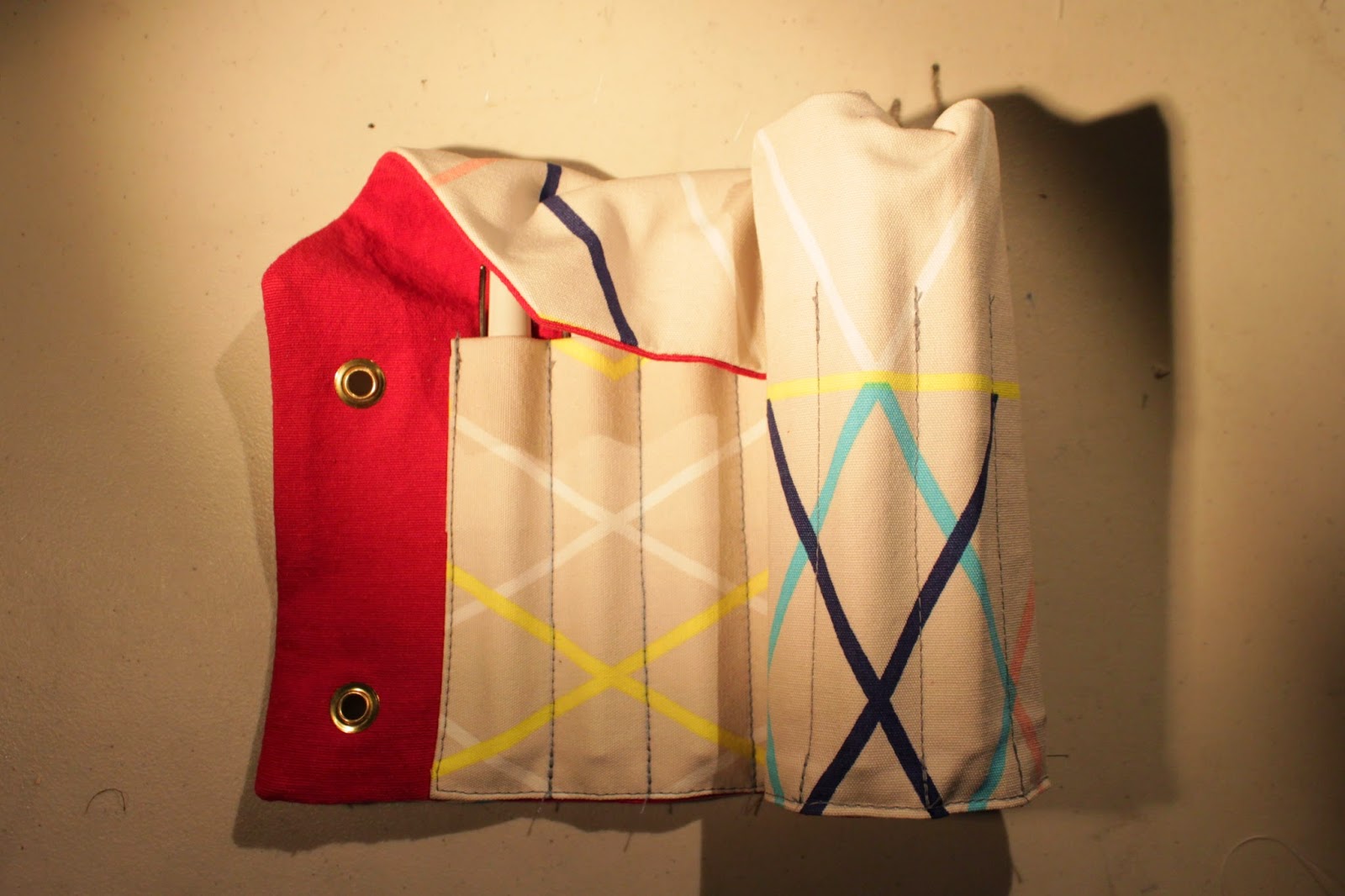 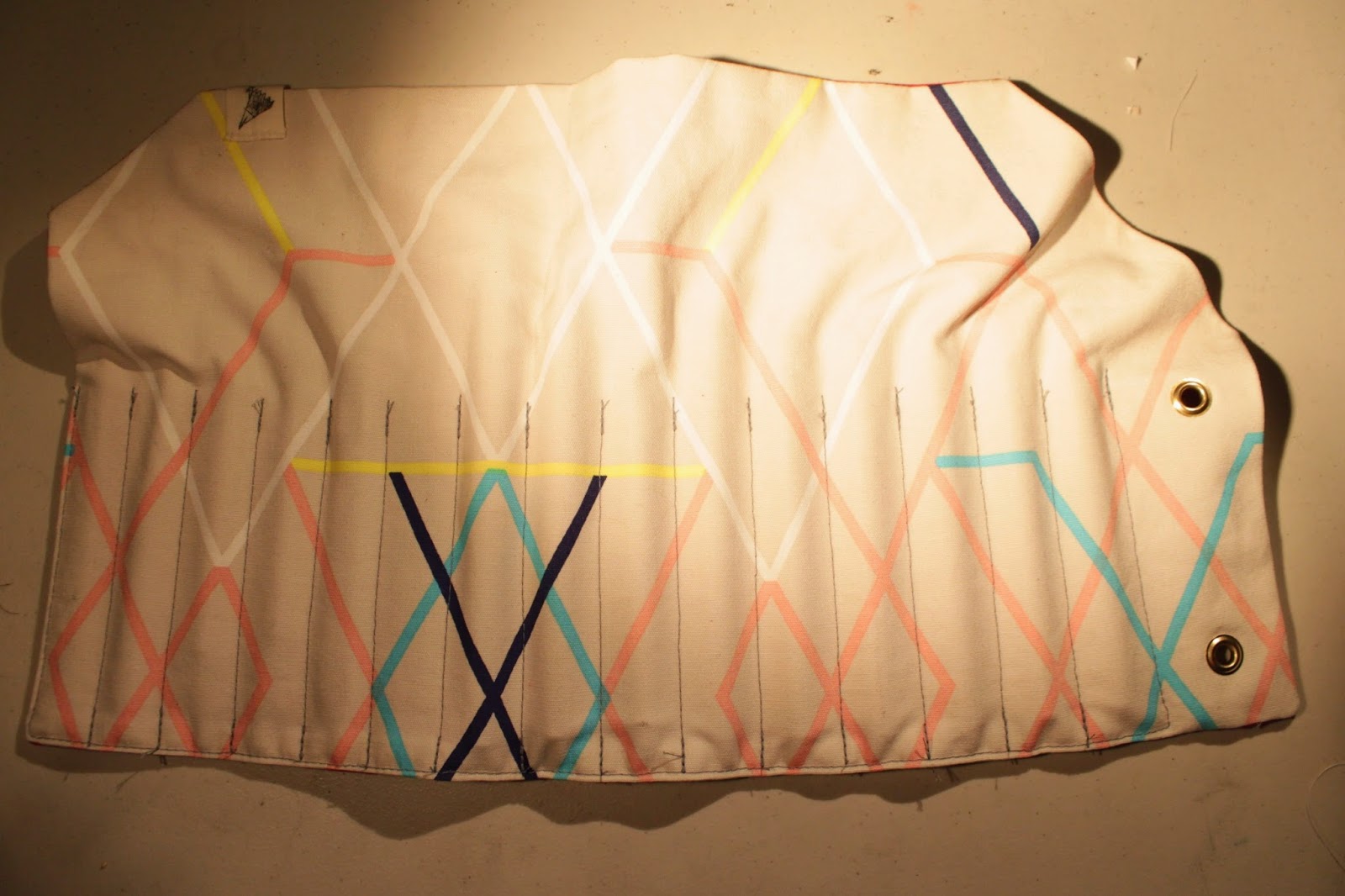 Below is a trash-pulled O-ring pick that I ground a smooth slightly dulled point on. It was for scribing paper and spearing my hand, but thanks to the heat-shrink cap it now is used primarily for scribing paper. This idea works very well, but I put a little silicone grease on the point so I can pull the heat shrink off after it has shrunk and cooled. Otherwise, it will probably stay stuck like it is intended to do. 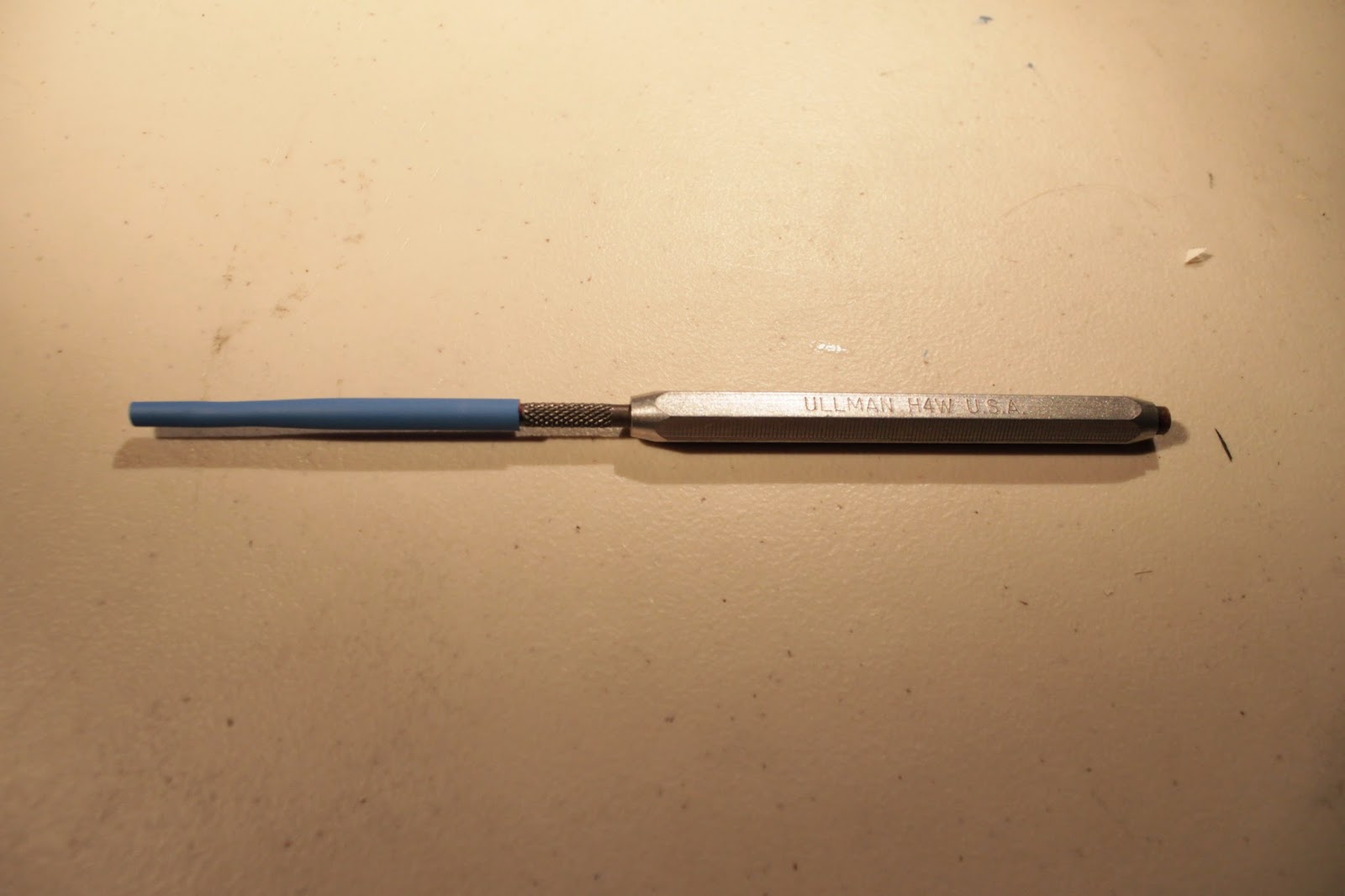 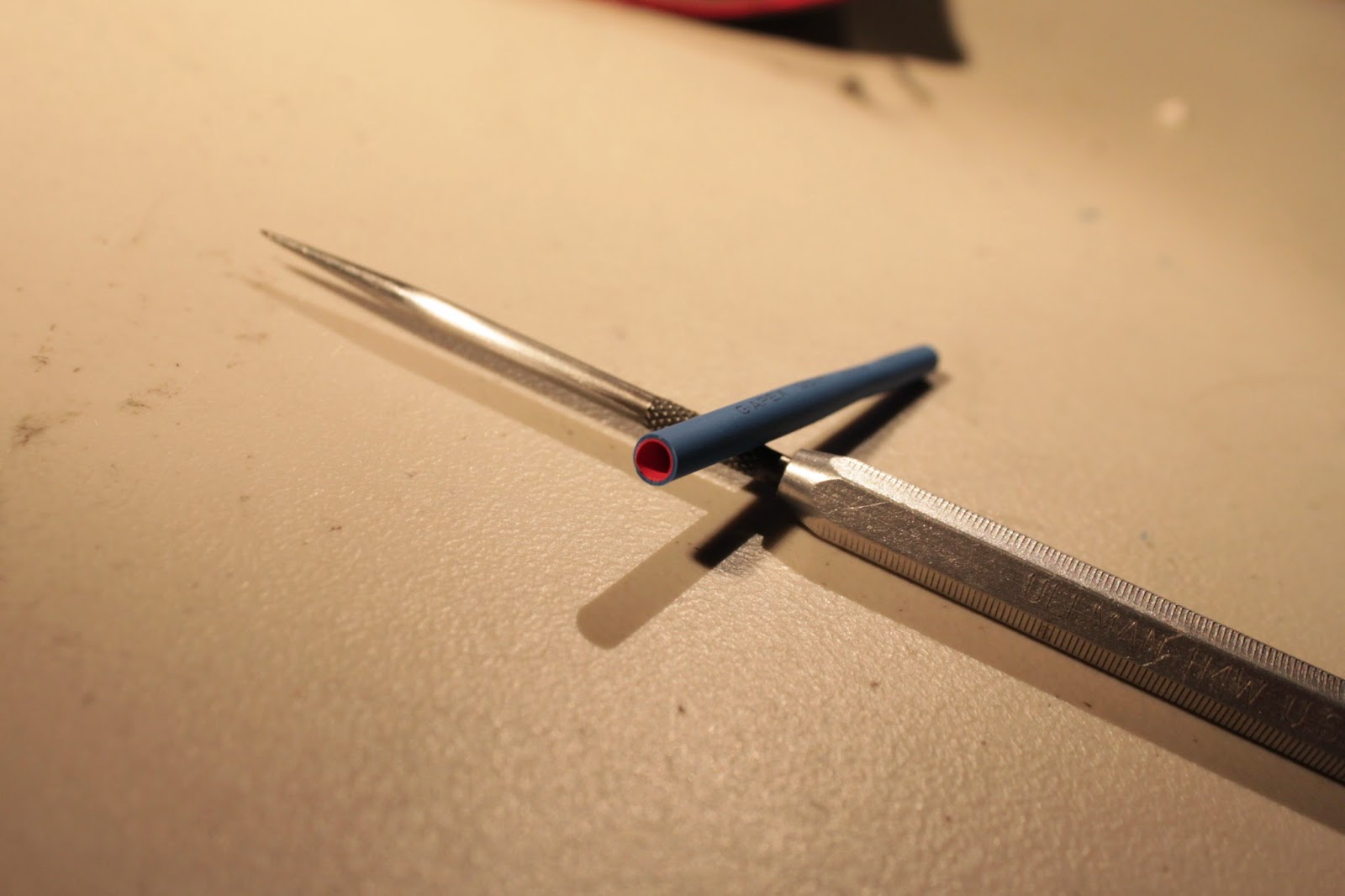 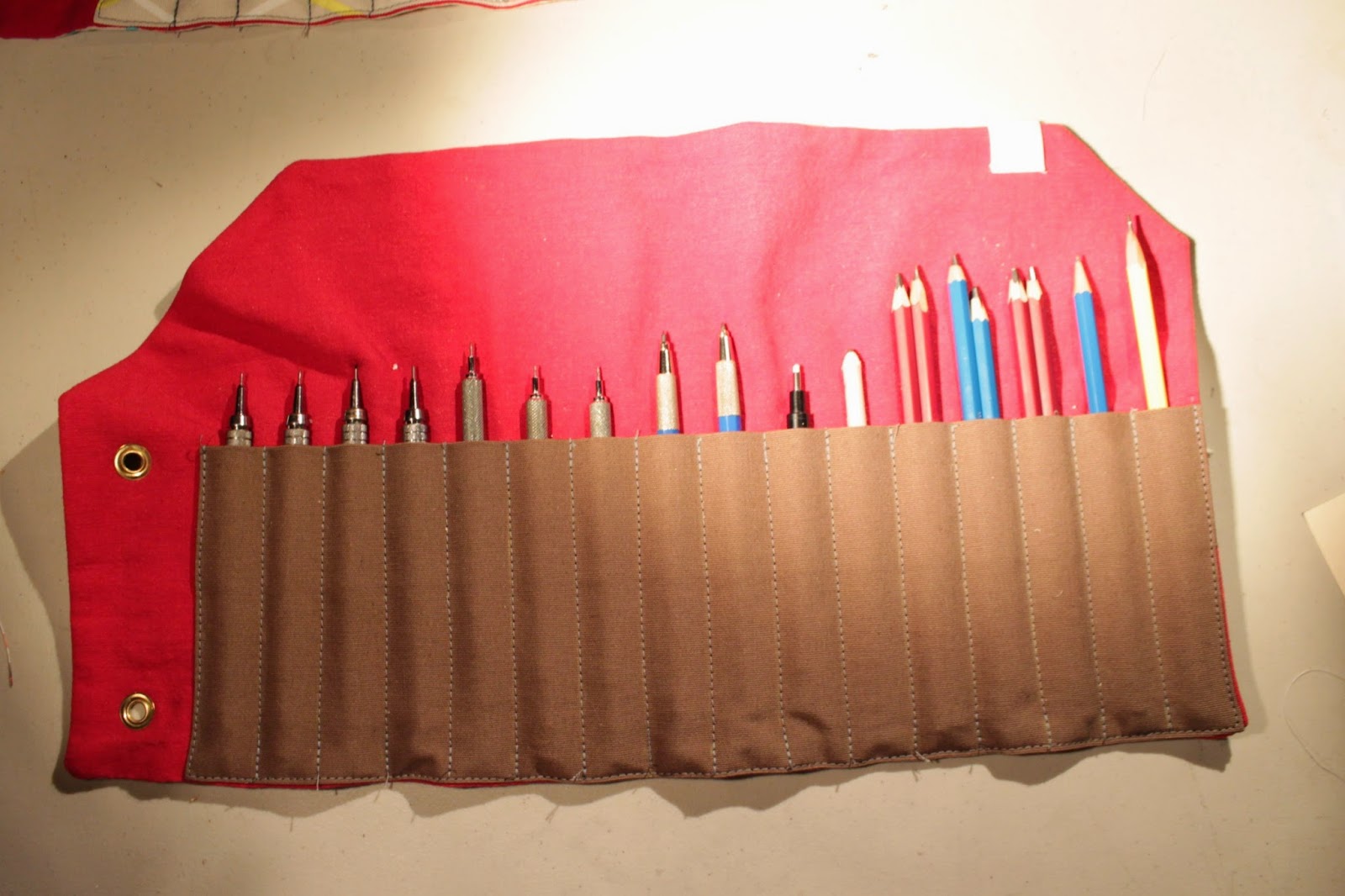 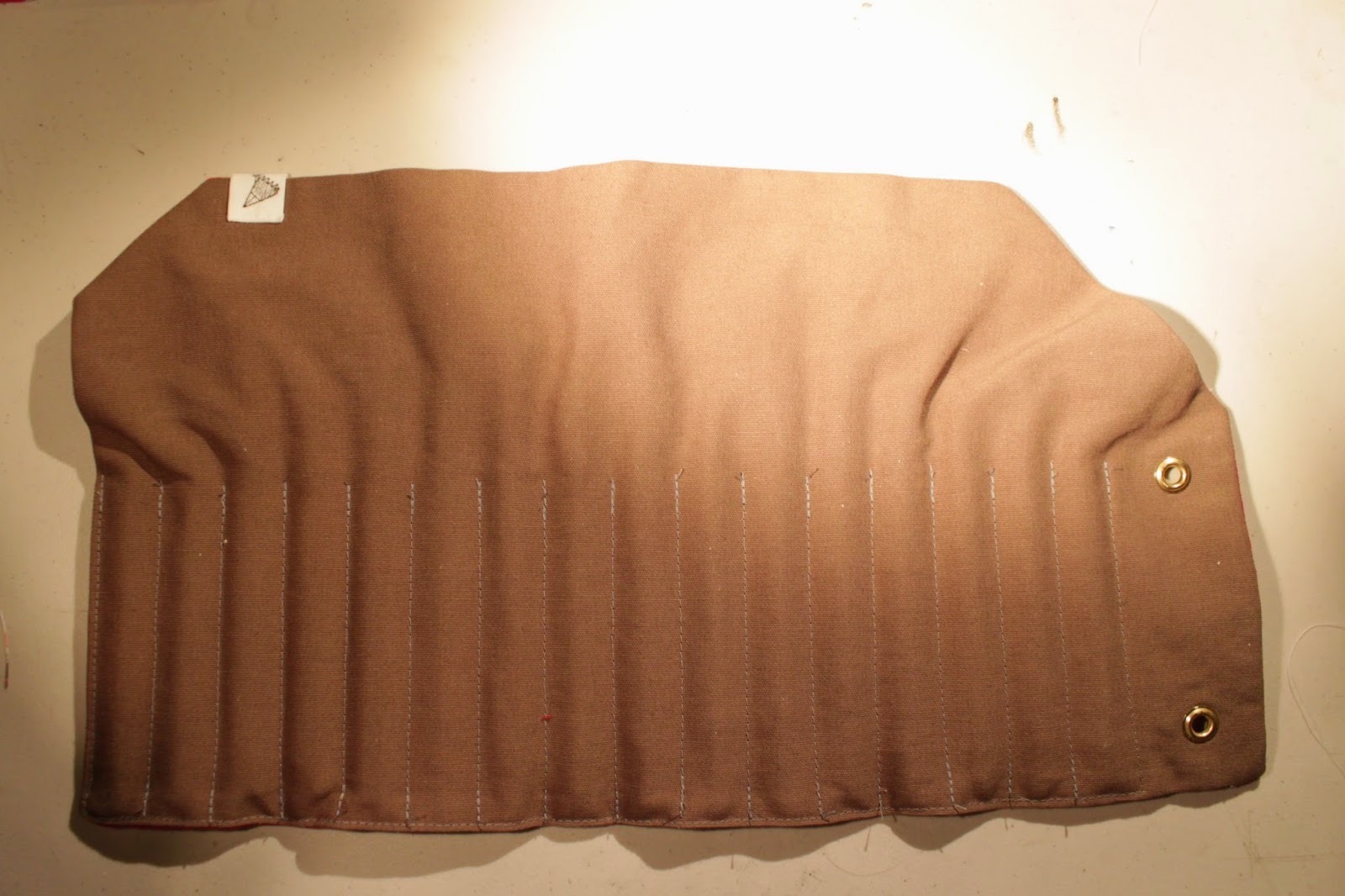 Posted by aerialcopper at 5:32 AM