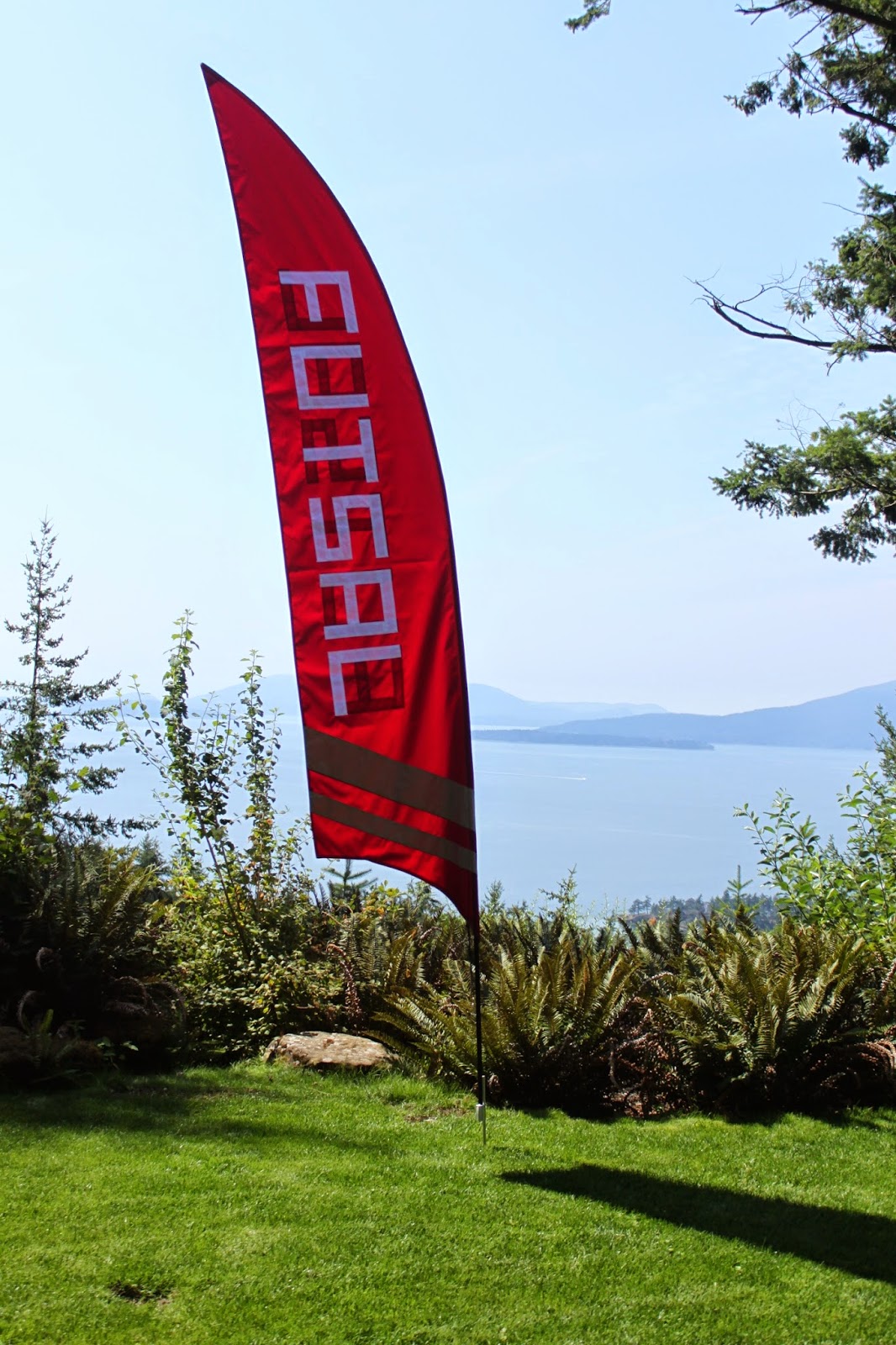 I made a flag to promote the sport of futsal. I don't play, but my younger brother does. My dad wants to advocate it at soccer tournaments, so he hired me to make this. 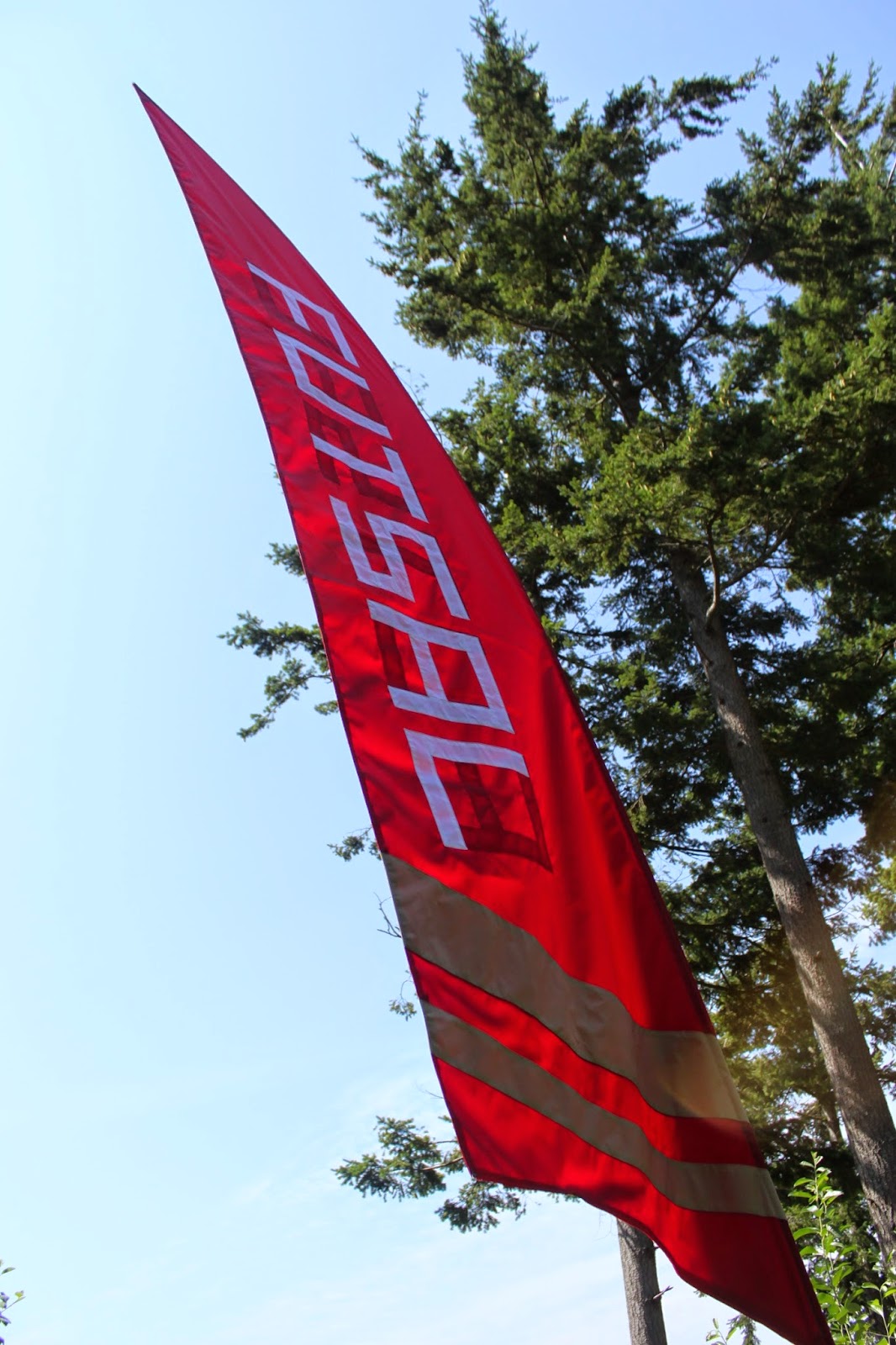 Here are photos I took along the way. It took me nearly three months to finish. I probably could have finished it faster, but it suffices to say it took a while. 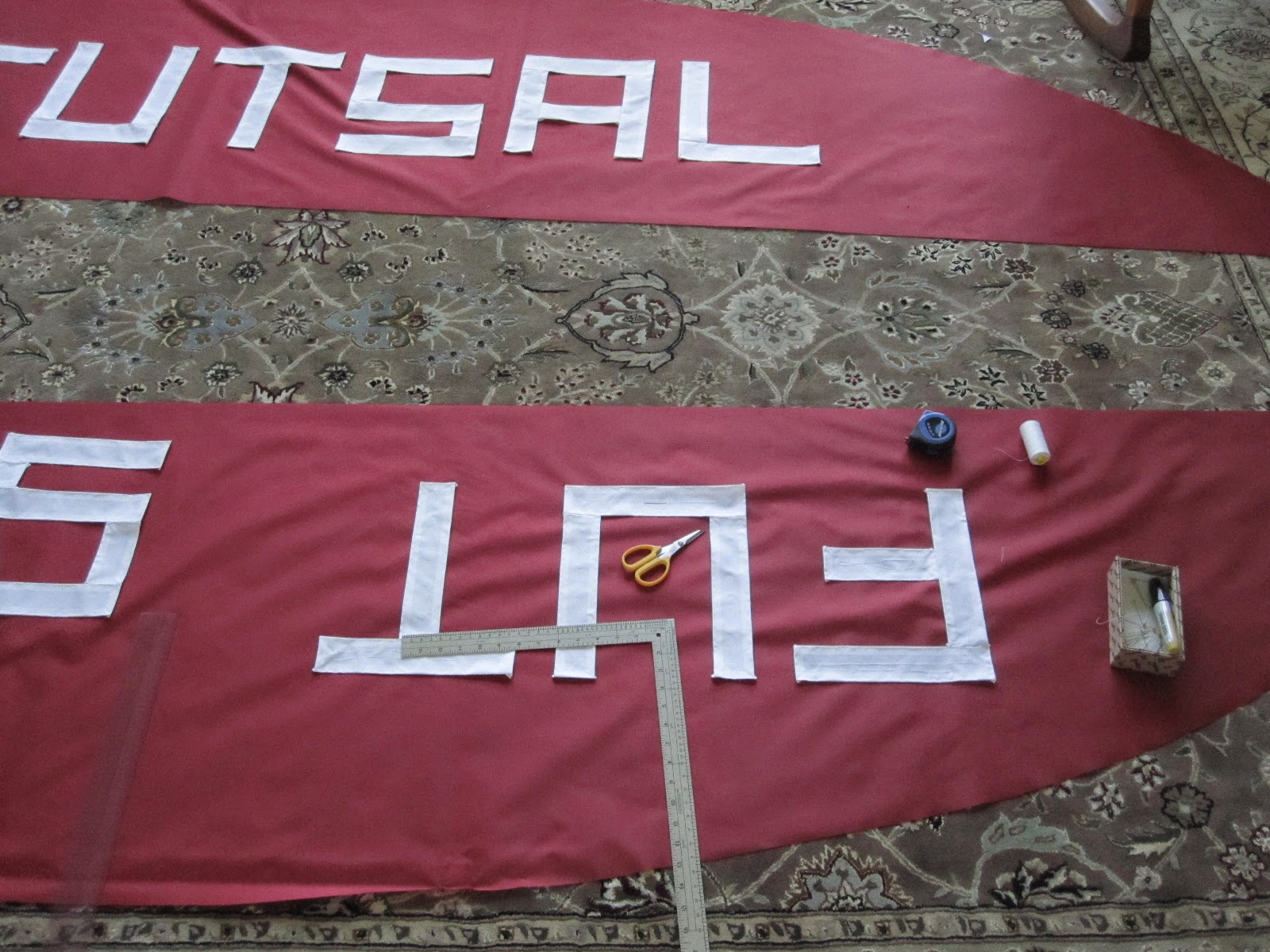 I didn't take photos while I was making the individual letters, though I should have. I cut out and pressed the edges on each letter segment (38 total), and then hand stitched all the connections (28 total) before machine topstitching them to the flag halves. The letters and stripes also had to be basted onto the flag before machine sewing, so it seems like everything had to be sewn at least twice. 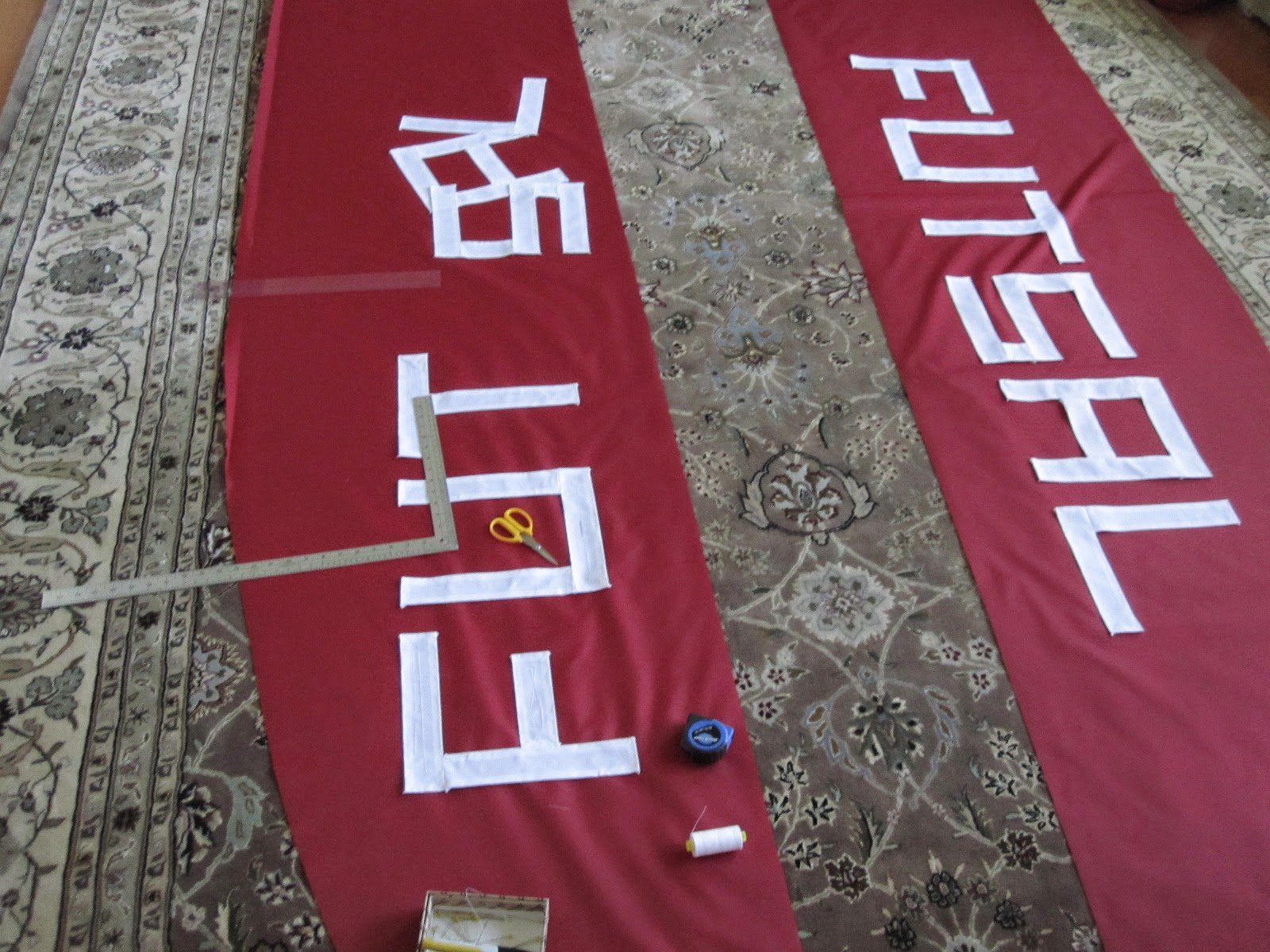 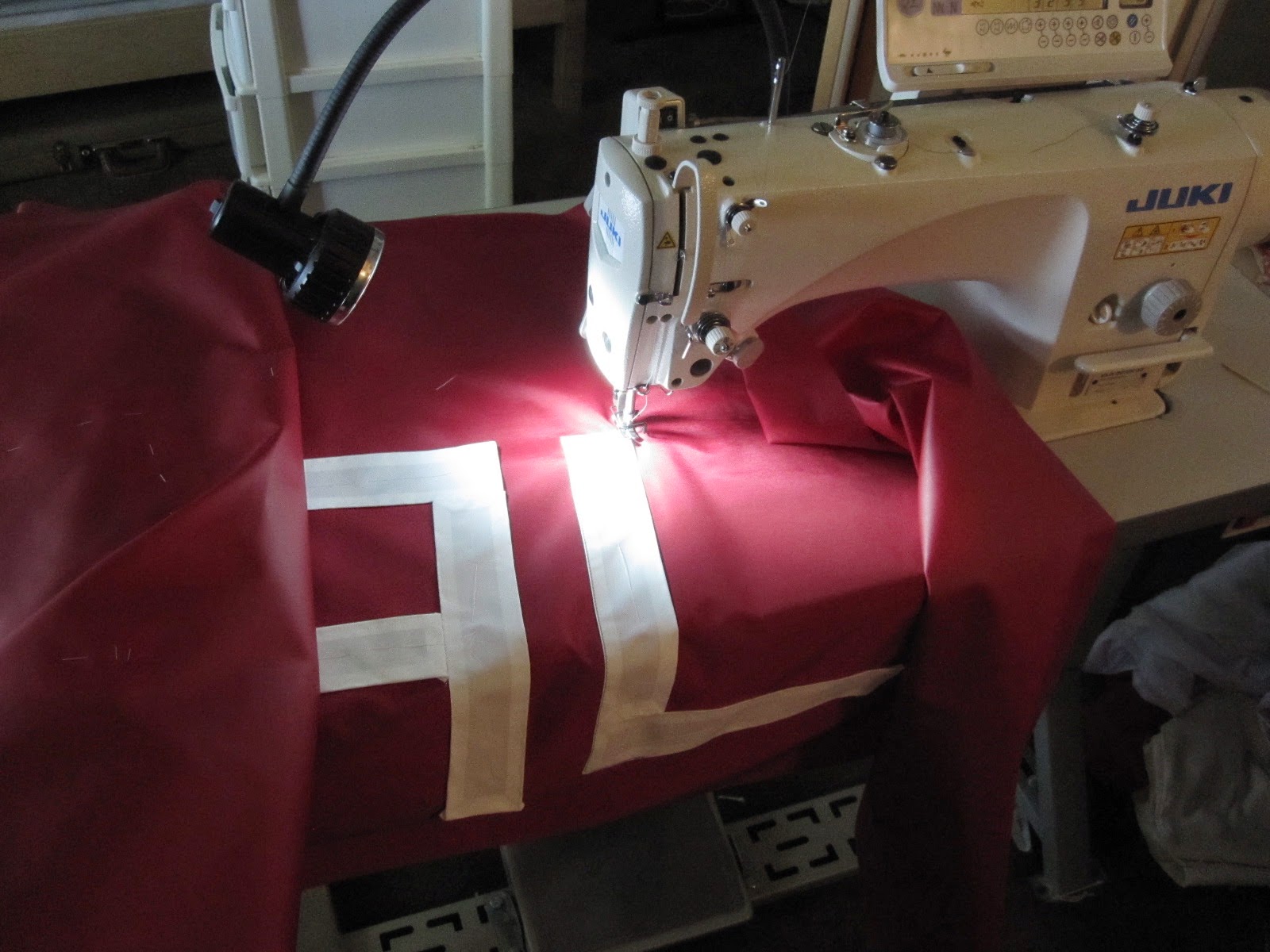 Machine sewing the letters on was one of the easiest parts. 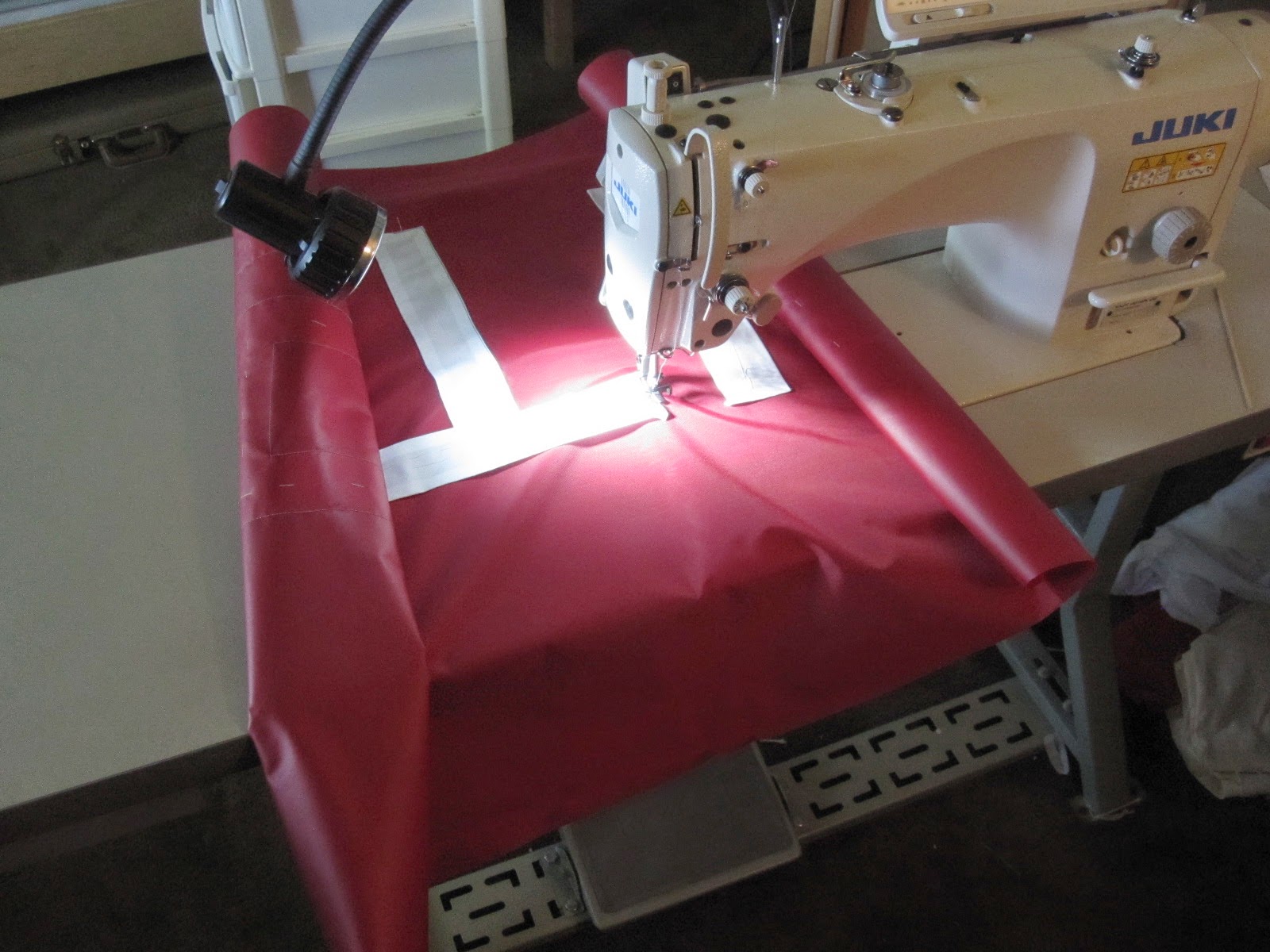 It looks good close up AND from far! The material is 200 and 210 denier 'coated oxford' nylon. Below you can see the hand stitched blind seams at the connections. I could have machine sewed them, but it was less accurate and about as fast by the time I got everything aligned and ready to go. 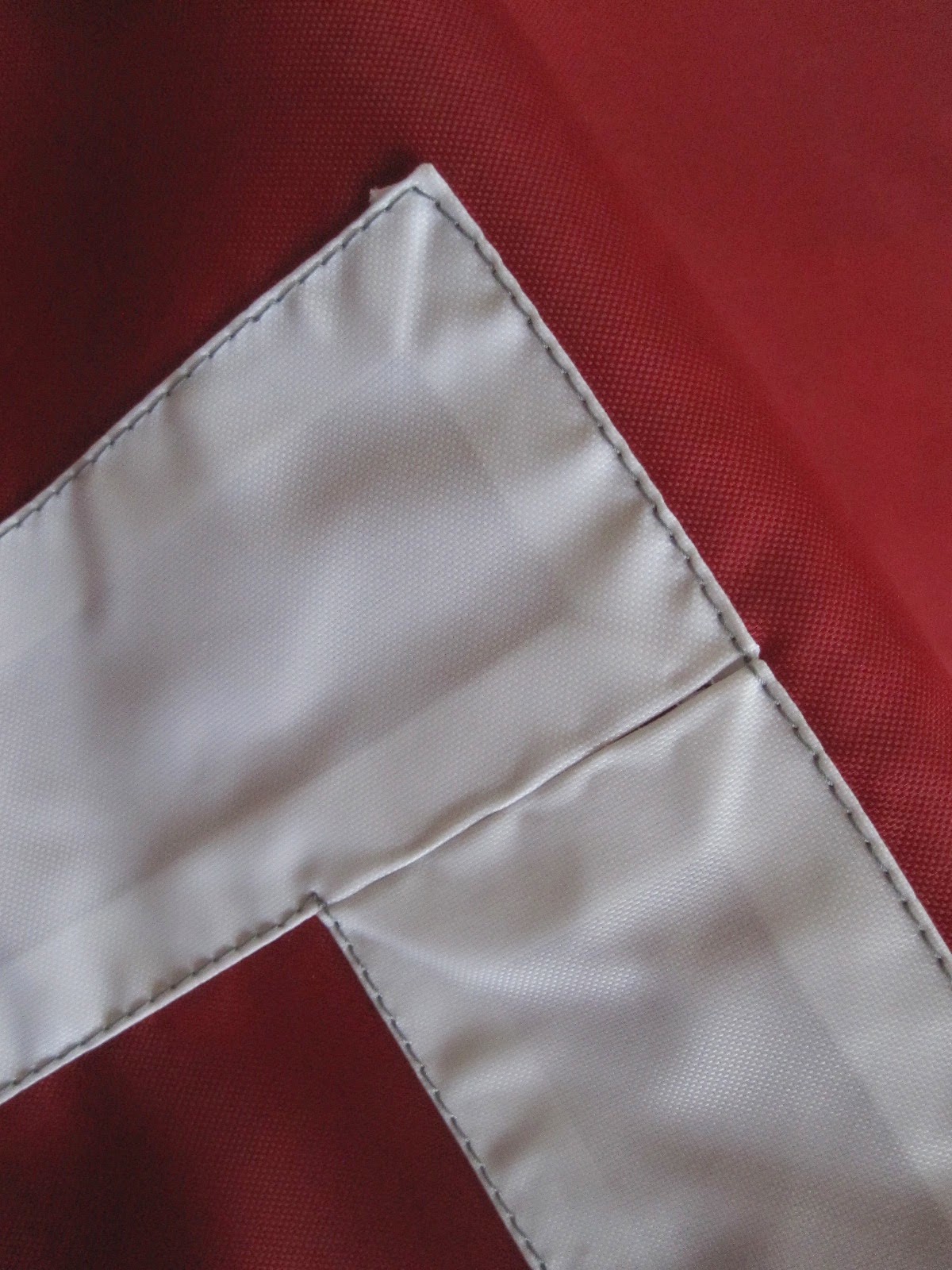 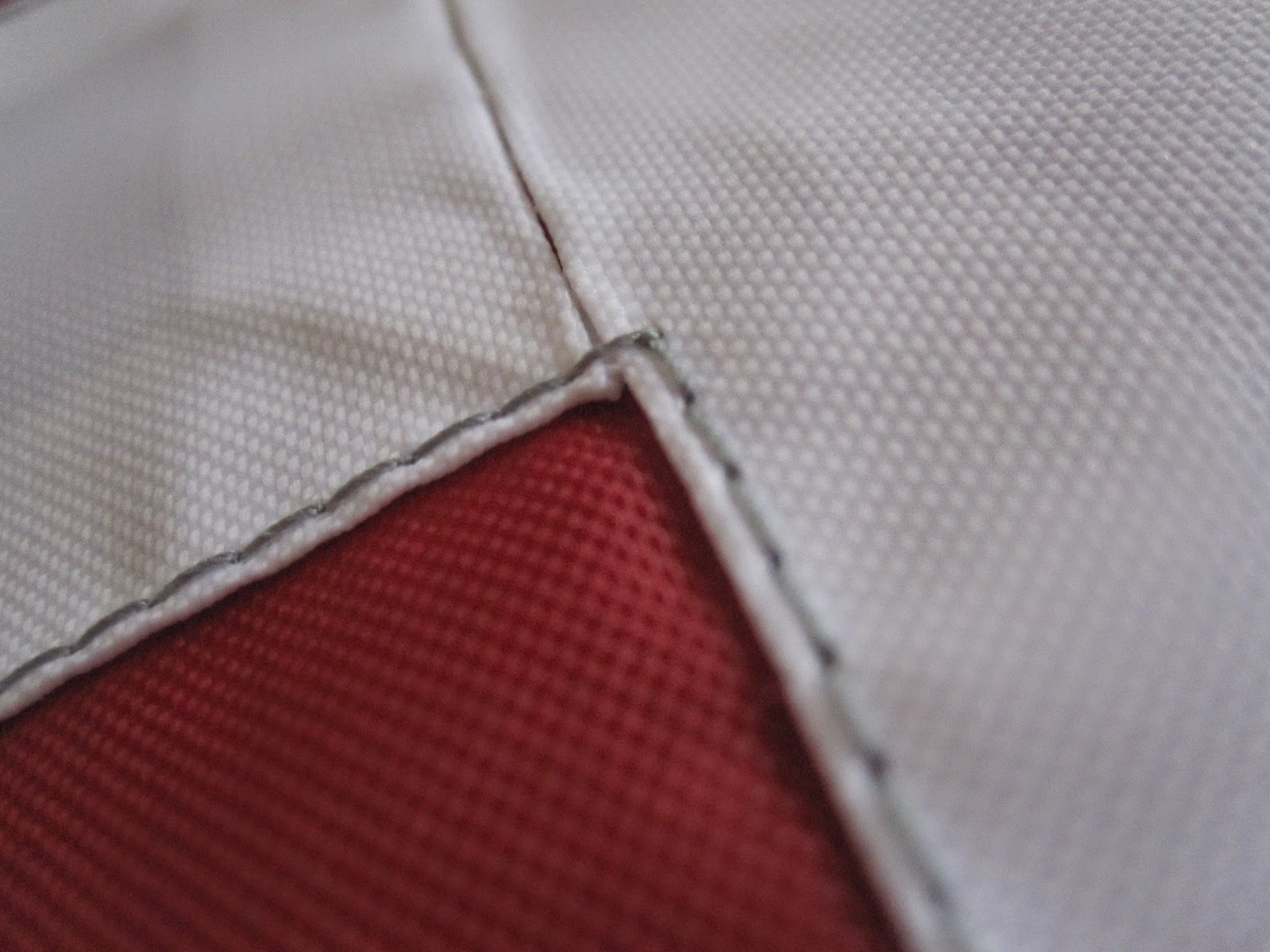 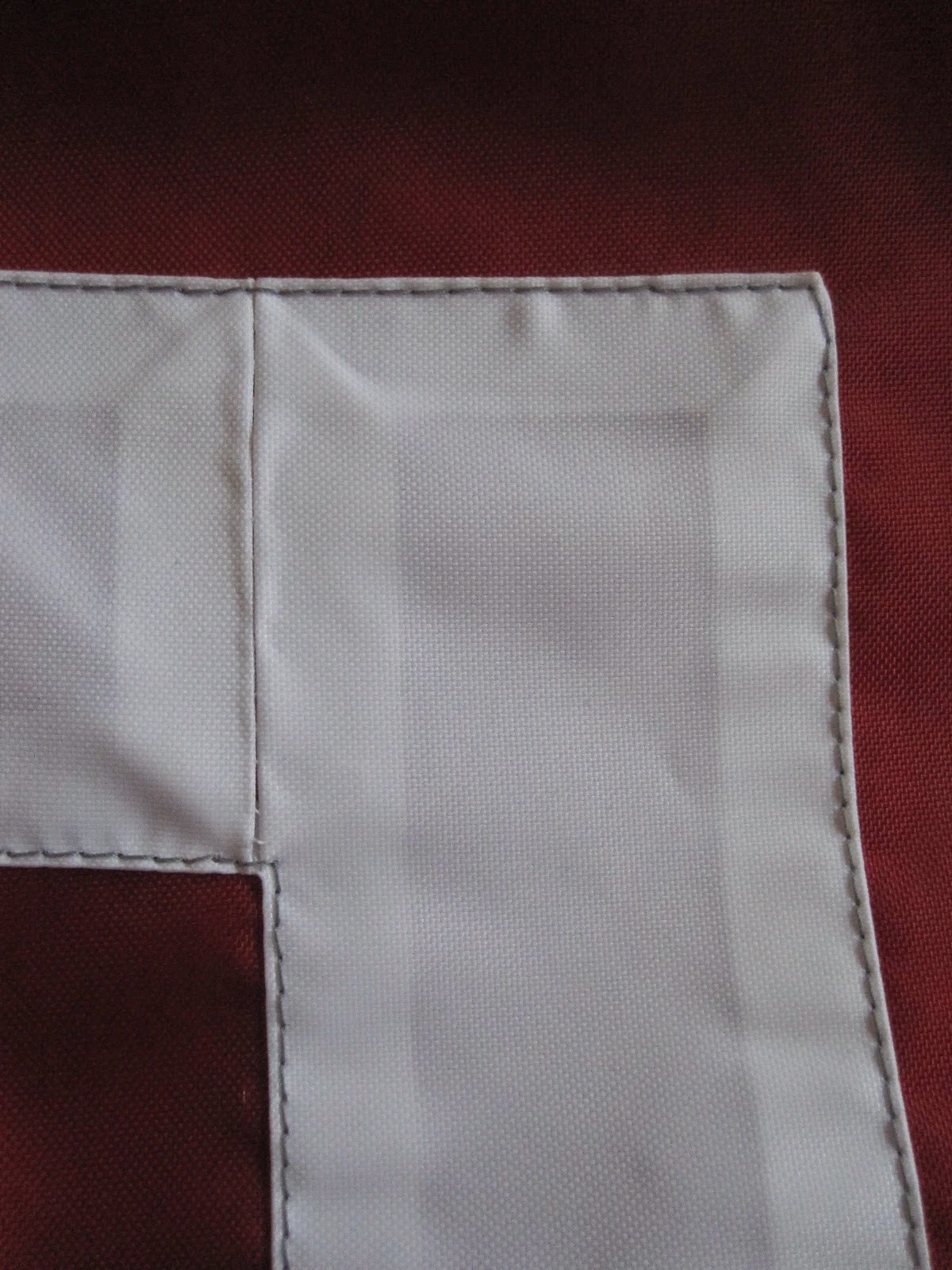 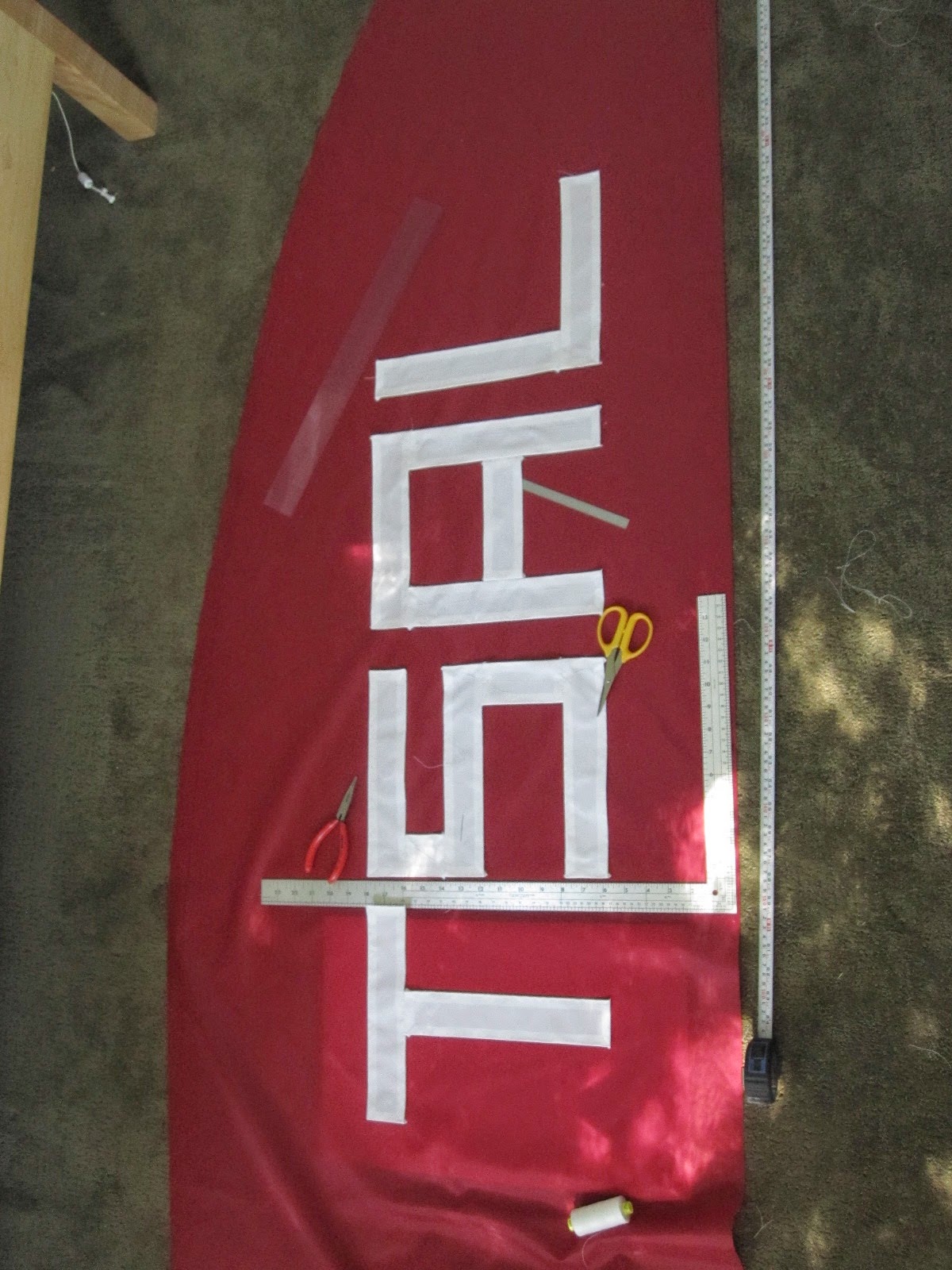 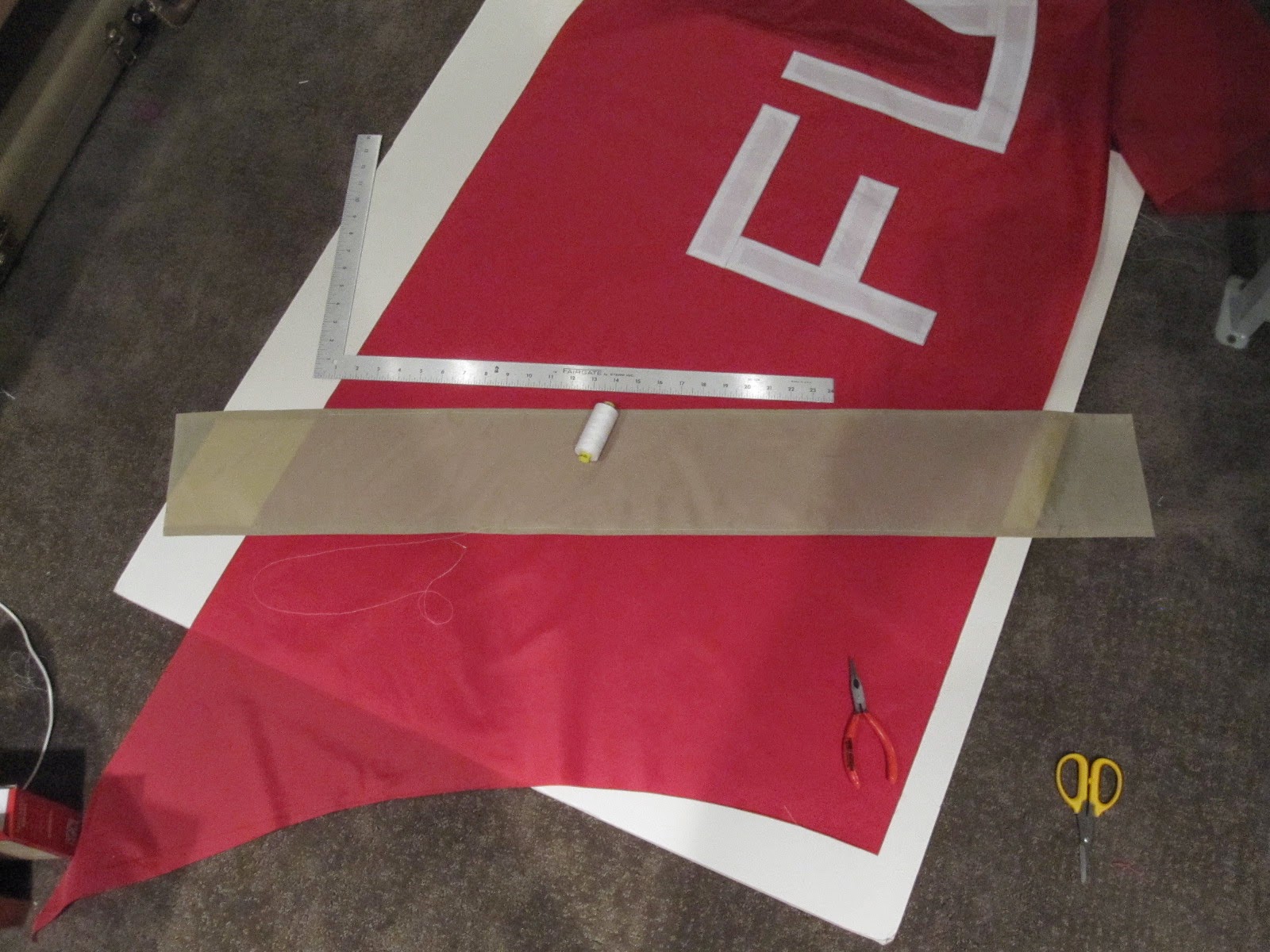 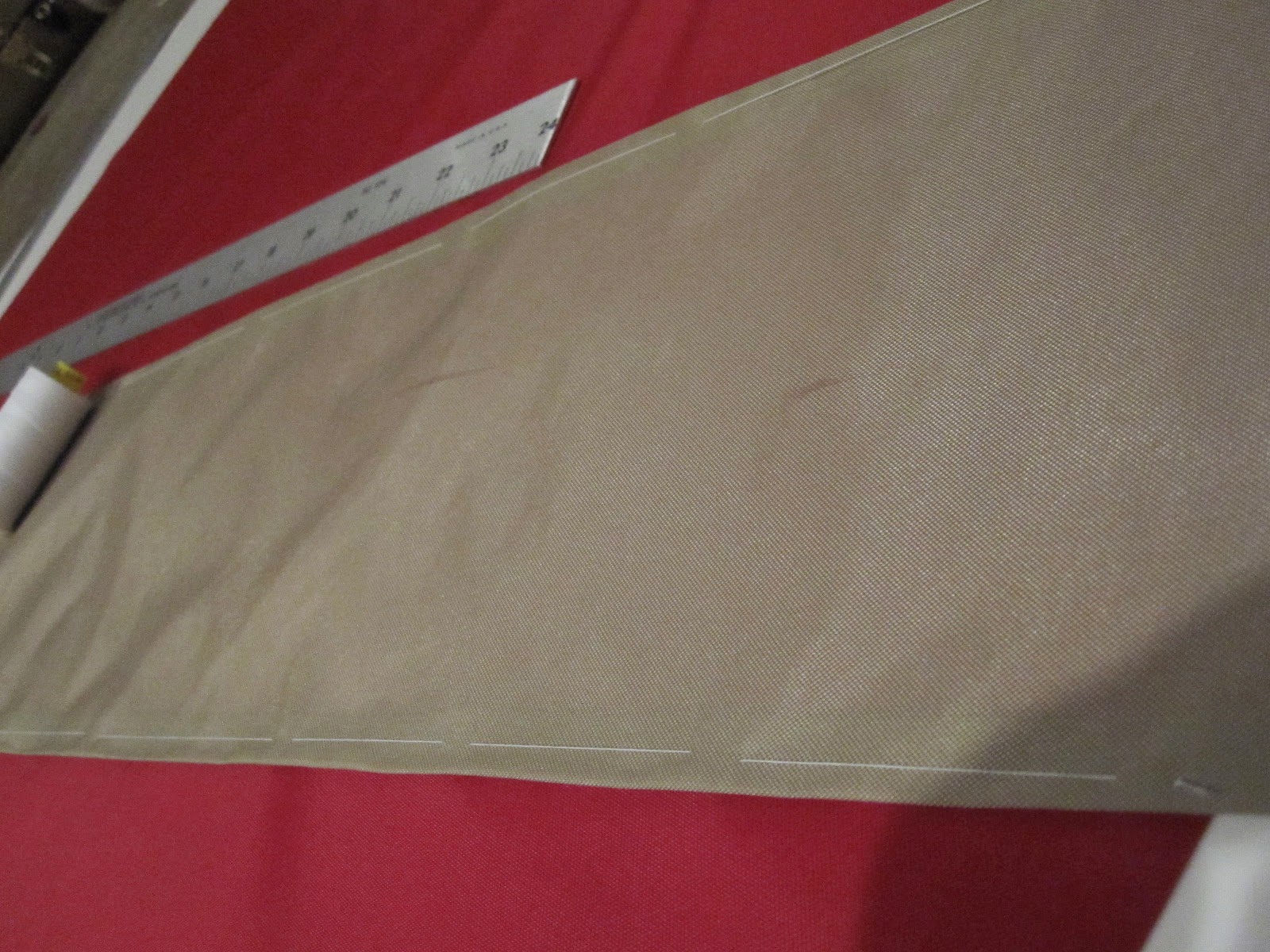 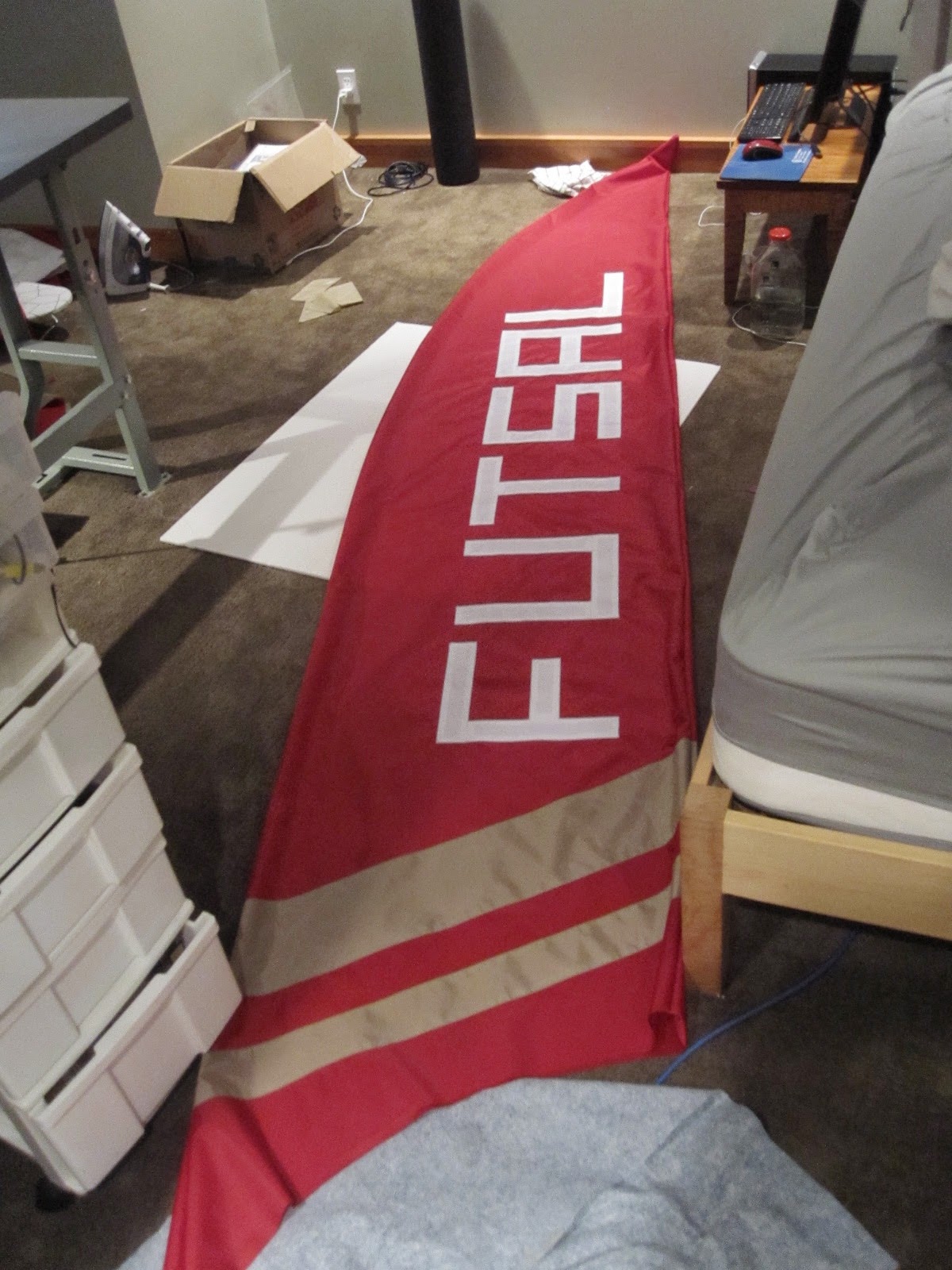 Below, a scribe is good for pulling the hidden seam up to the edge when topstitching. 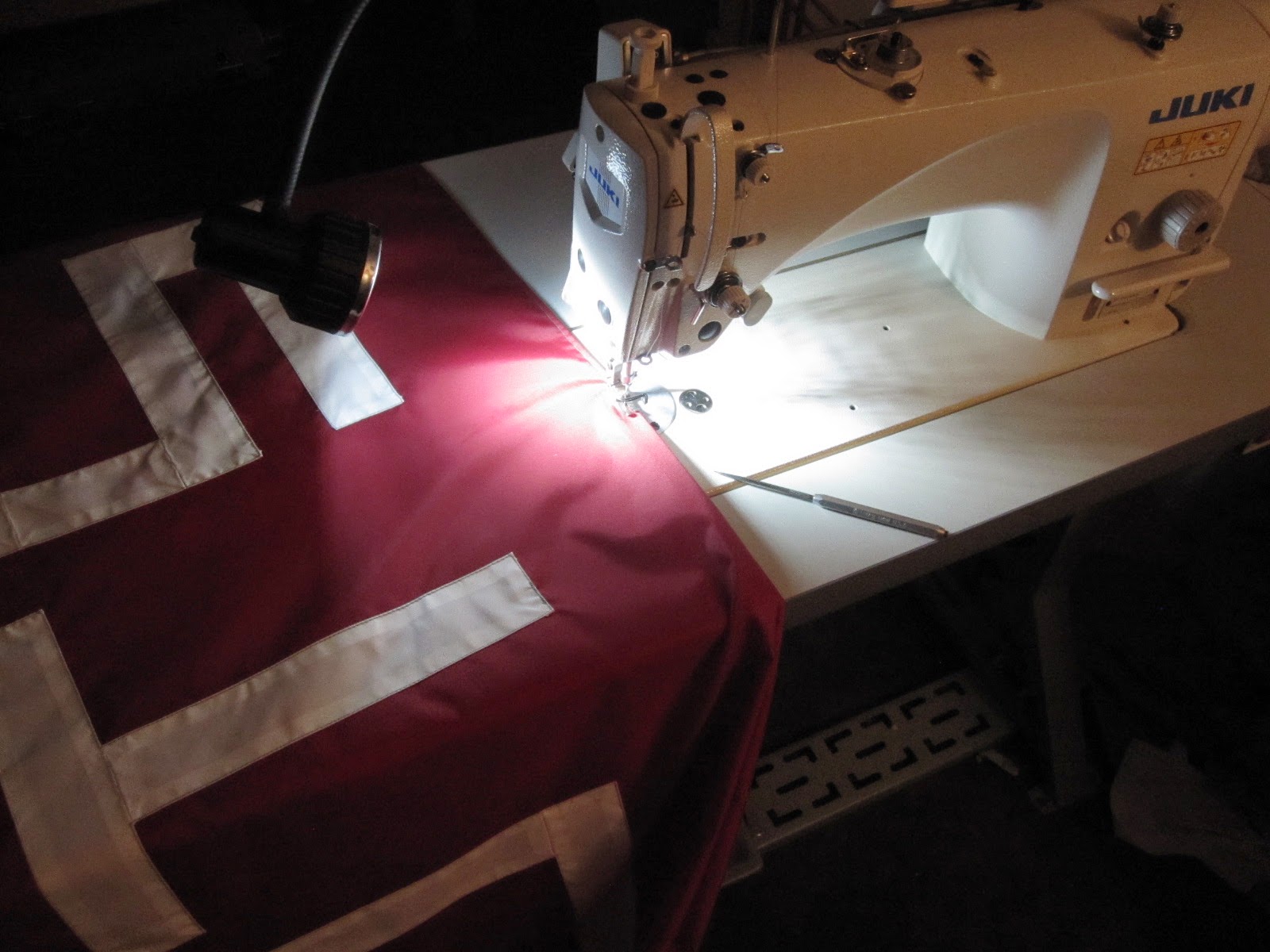 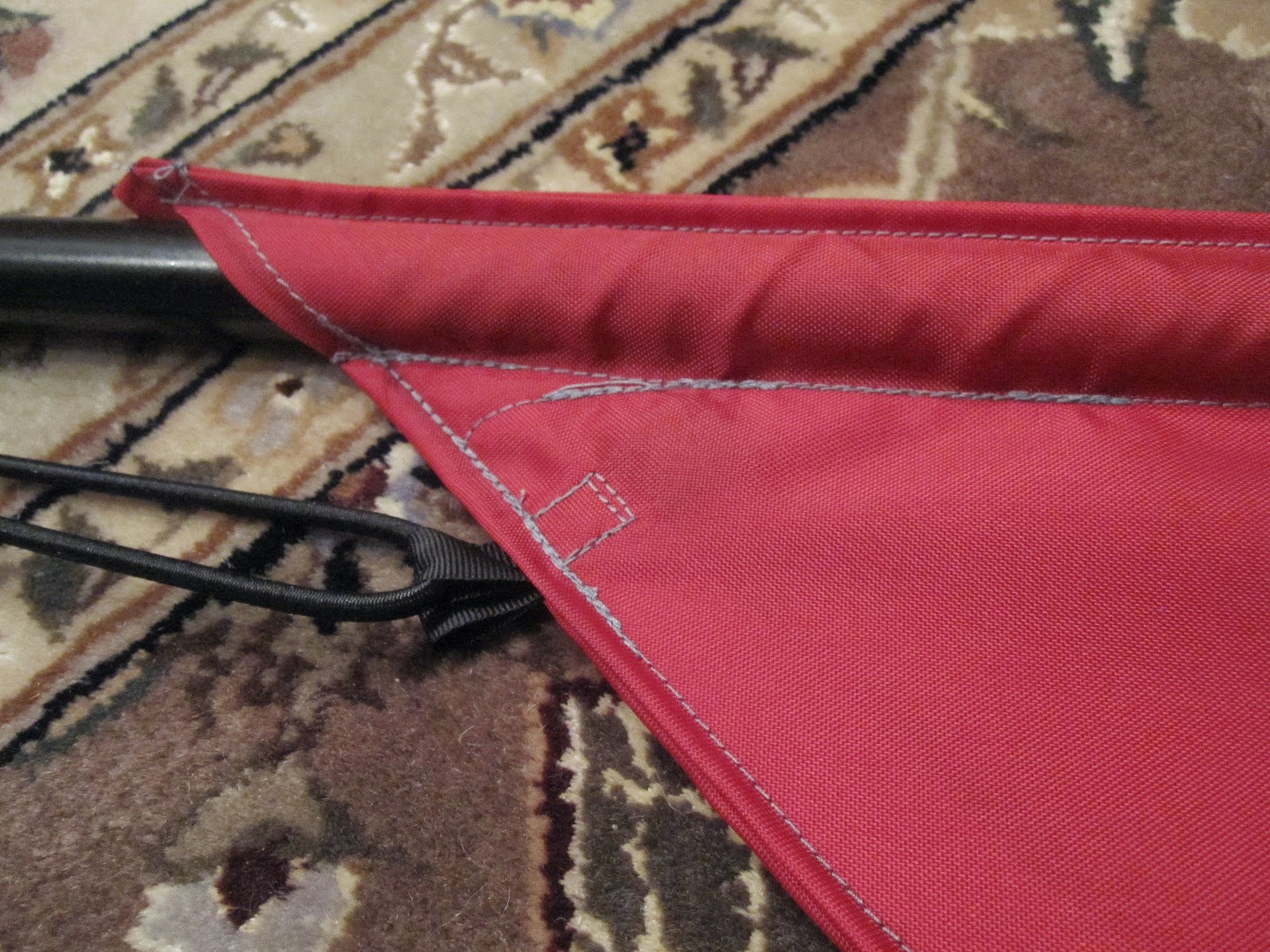 Below, gusset at the tip. The collapsible pole came from Banners USA and is quite nice. I'll be making a wooden base for it, so it can be used inside. 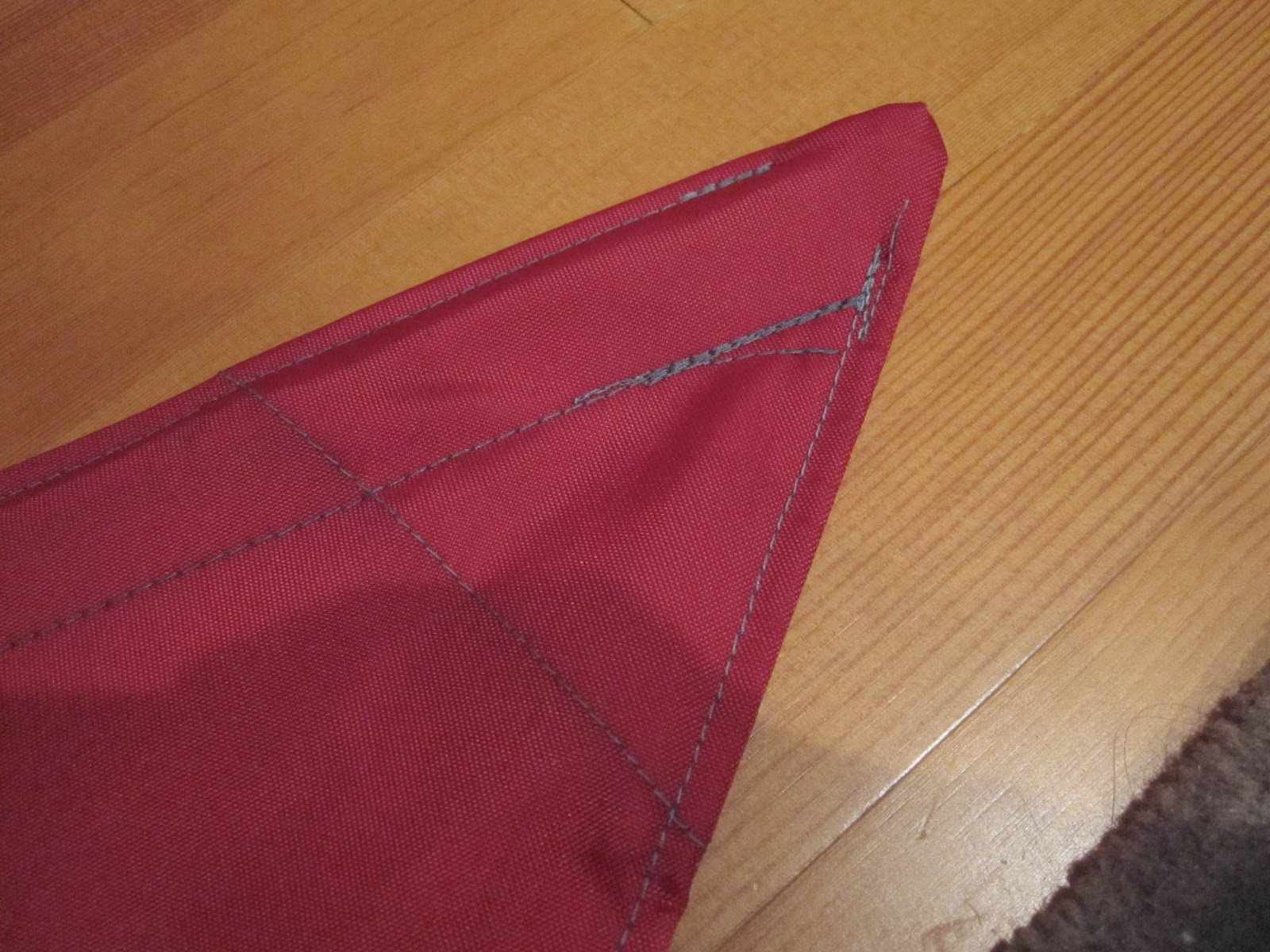 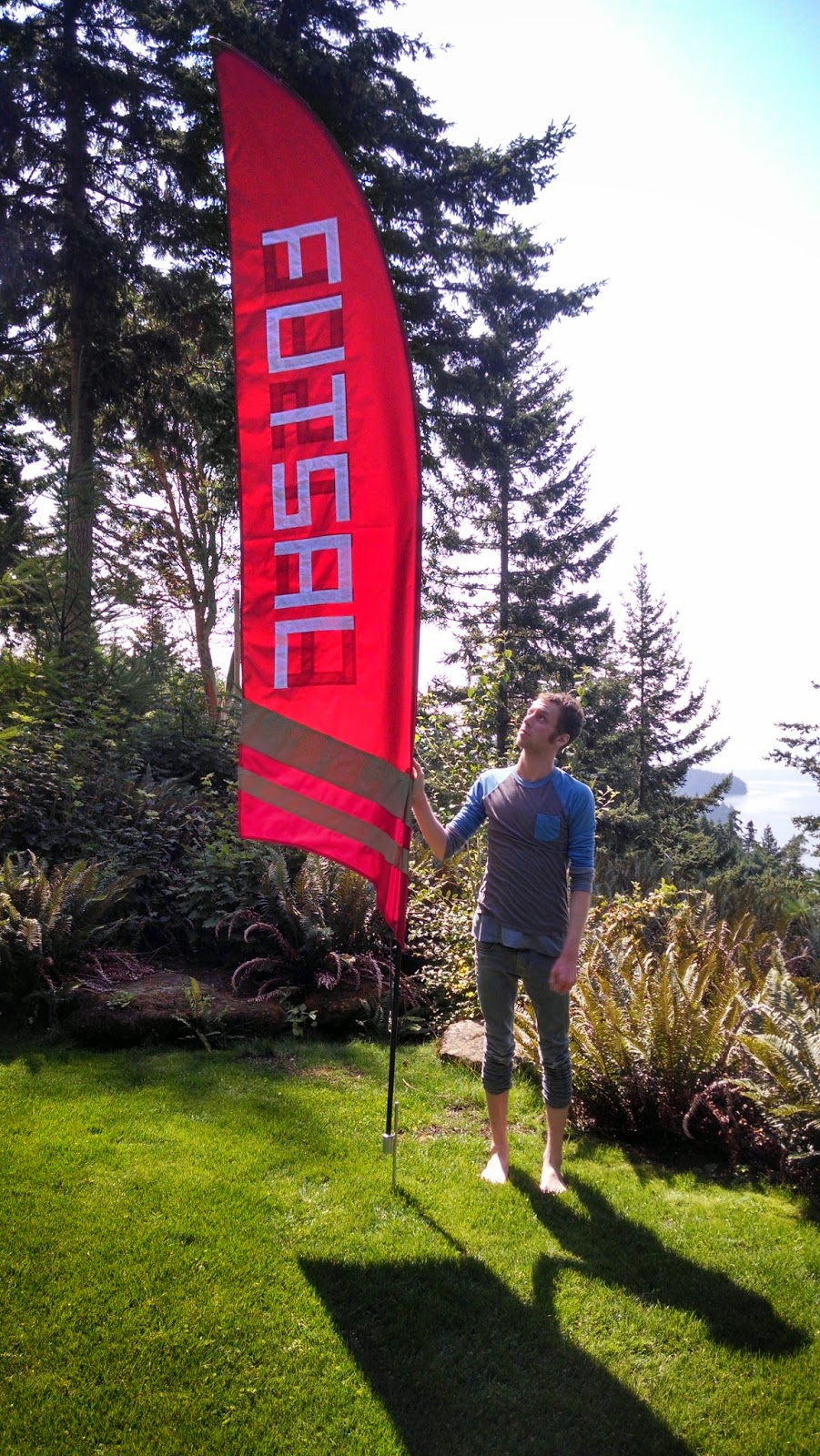 Posted by aerialcopper at 1:50 PM