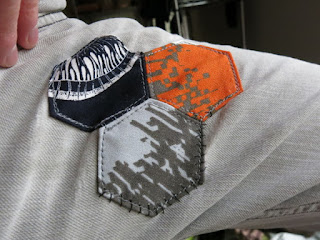 Hex pants patches. After moving away from the wood shop, I'm back to thread, needle, and small machining. I have a few bigger sewing projects in the making which will be posted here as they are finished- 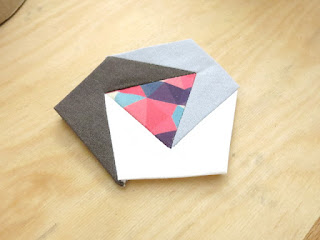 I made this patch for a talented friend to sew onto something. 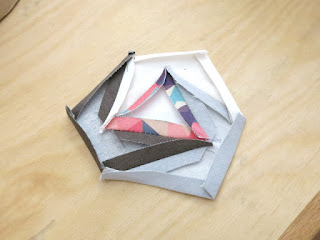 Another friend needed me to reinforce some new soccer boots for him. He's worn the same ones for five or six years, and they discontinued making them; quite a let-down as they fit his odd-shaped feet better than everything he's tried. His current pair is held together by a fine wisp of leather and a wish. After searching the internet up and down, he found a pair that's a half-size too small, but good enough.

I've done this before to new boots for him. He claims it doubles or triples their life. As this is the last pair in existence, he told me to go FULL SEND on the stitching this time. This is kevlar V-346 thread with a 130 lb break strength, which will be epoxied over. 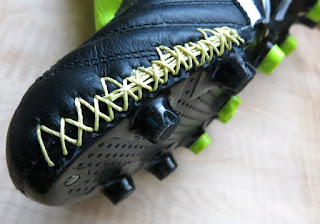 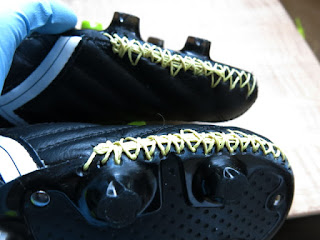 The .020" music wire is the trick to sewing inside shoes: 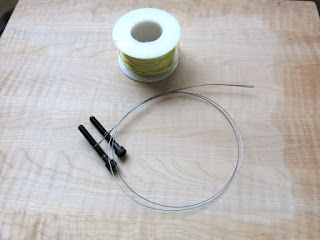 Also drew a watercolor bat for my girlfriend's sister's birthday: 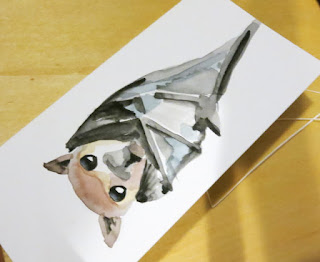 <kvetch>
I haven't posted in a while due to moving house--we had a frustrating exchange with enturyCay inkLay (paranoid... perhap): basic internet was advertised as $30/mo, they bumped it up to $40/mo after we signed up, and by error or design, the first bill was to be $189. Cancellation fee before the 1 yr contract was over was supposedly $250, but after many hours on hold we learned that we would only pay for the days of service provided if we cancelled in the first two weeks (and sent back the proprietary router). We got two days of service which should have cost $2.60 by their claim. They sent us a bill for $56, making it look like they didn't process the cancellation. More hours on hold to find out we weren't supposed to pay that bill. Then a $13 bill came, which was as close to $2.60 as we dared to hope for. Paid it immediately, and got a letter a week later saying they hadn't received payment for the $13 bill. That letter was a mistake too it turns out. Total time spent navigating their labyrinth was easily 12 hours. We are now free from their slimy talons as far as I can tell.
</kvetch>

After that, we decided to live without wired internet. I can use my phone (republic wireless, a bit more honest) as a 3g hotspot. Photos from now on will be low-resolution for that reason-
Posted by aerialcopper at 7:09 PM