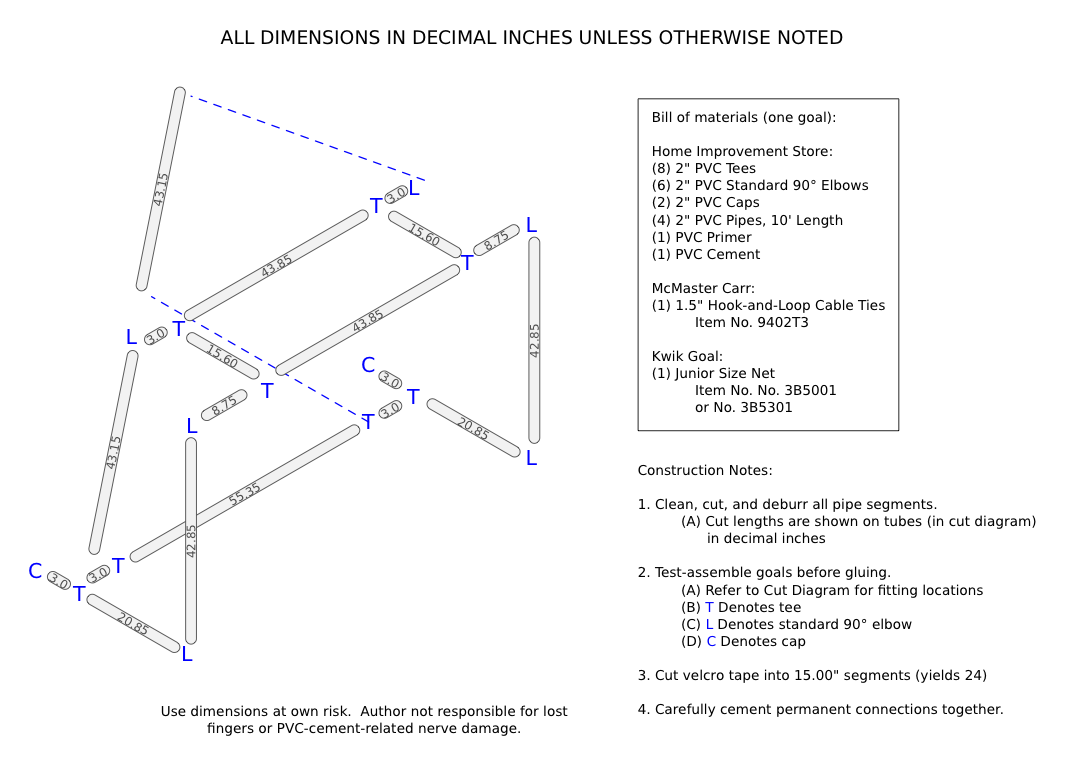 I made these goals and build instructions for my dad a couple months ago, but I thought I'd share them. I made a total of six goals, in varying sizes.

I drew both diagrams in inkscape.

When I built them, I attached the nets with 'strap eyes,' soft-material blind rivets, and 1/4" bungee cord instead of velcro. This takes a lot of stress off the net. 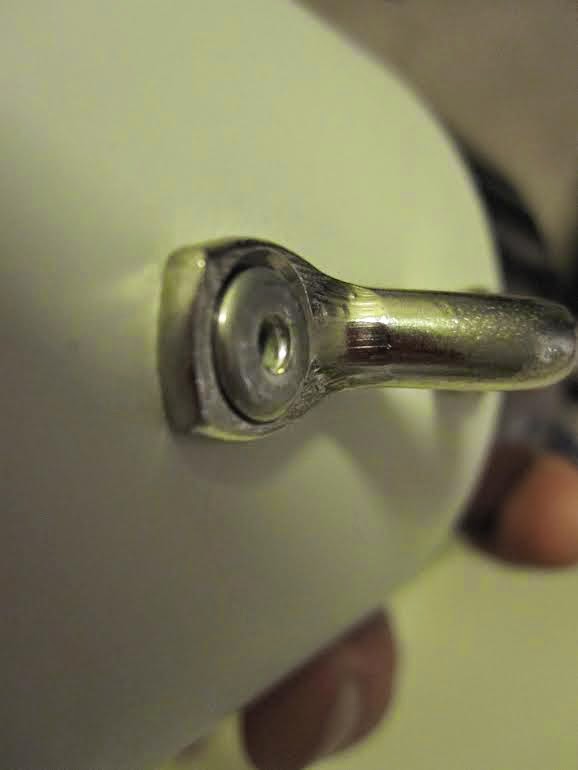 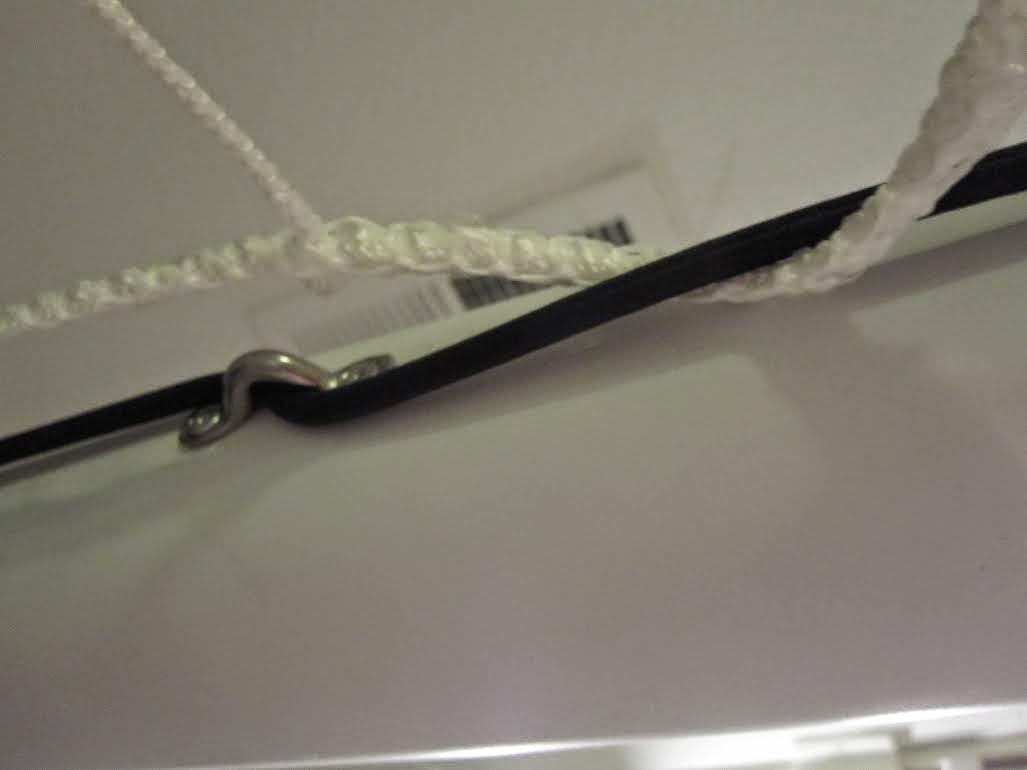 The rivets have a flaring back side as you can see in the picture below. I found that the mandrel dug into the ABS pipe if I pulled them to the point of snapping, so I just pulled the mandrels till the hooks were secure. I then punched the intact mandrels out the back ('blind') side. This is the result: 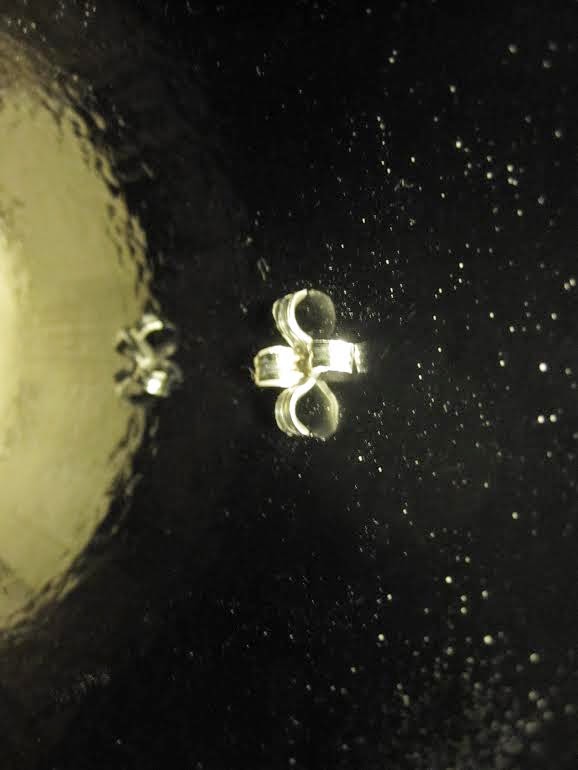 The project had some interesting aspects. For one, I lived in San Diego and the goals were destined to be used in NW WA, about 1300 miles away. So I got the components, cut and painted the tubes, attached the hooks, test fitted everything, packed it up, and mailed it via FedEx. They were cemented together in WA.

I lived about three blocks from Home Depot then, and didn't have access to a car. After buying the parts there, I pushed the cart with all 14 tubes right on home. After that spectacle, Home Depot didn't let me borrow their cart again. So for the smaller goals I tied the tubes up with rope and slung them over my shoulder.

Here is the completed (but not glued) large goal sitting in the apartment living room. 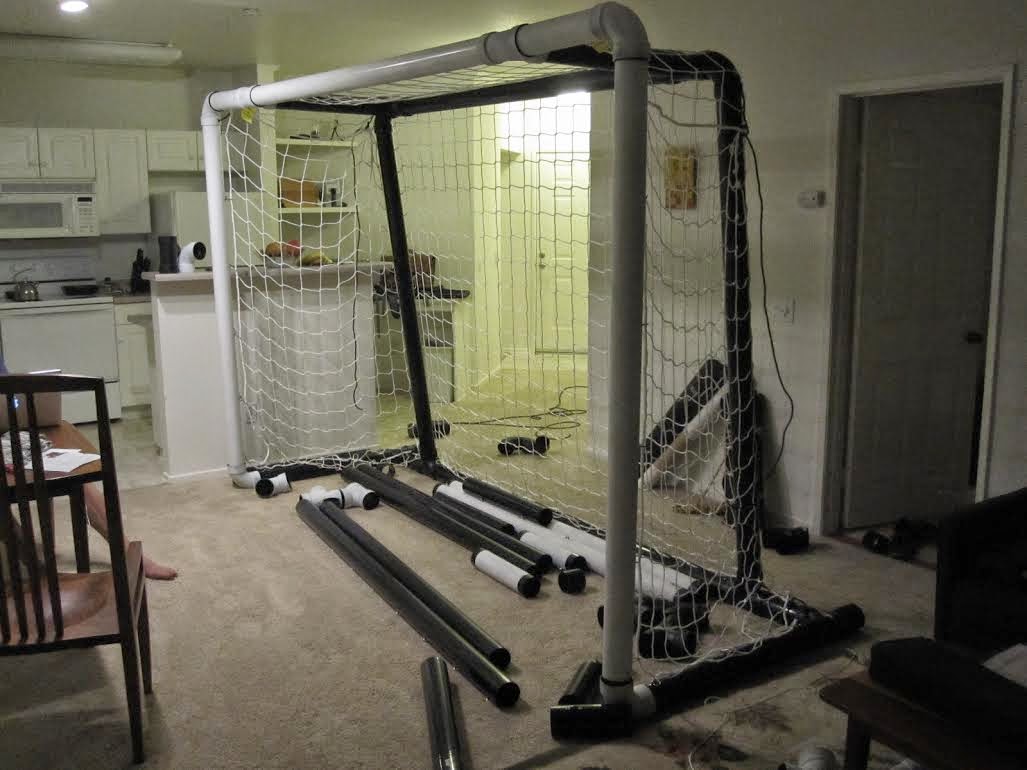 My brother who had a van helped deliver the packaged goal to the FedEx store. However, he was out of town when it was time to mail the little goals. The cut tubes were much bulkier than the full length ones, so I couldn't carry them on my shoulder. I didn't have a cart or hand truck of my own, but I do have a nice johnson bar left from the time I got a free old horizontal mill from work (I gave it away eventually). I tied all the packages of tubes and fittings to it, and wheeled it four blocks to the FedEx store after dark. It is such a weird memory.

Anyway, a bit of manual drafting: 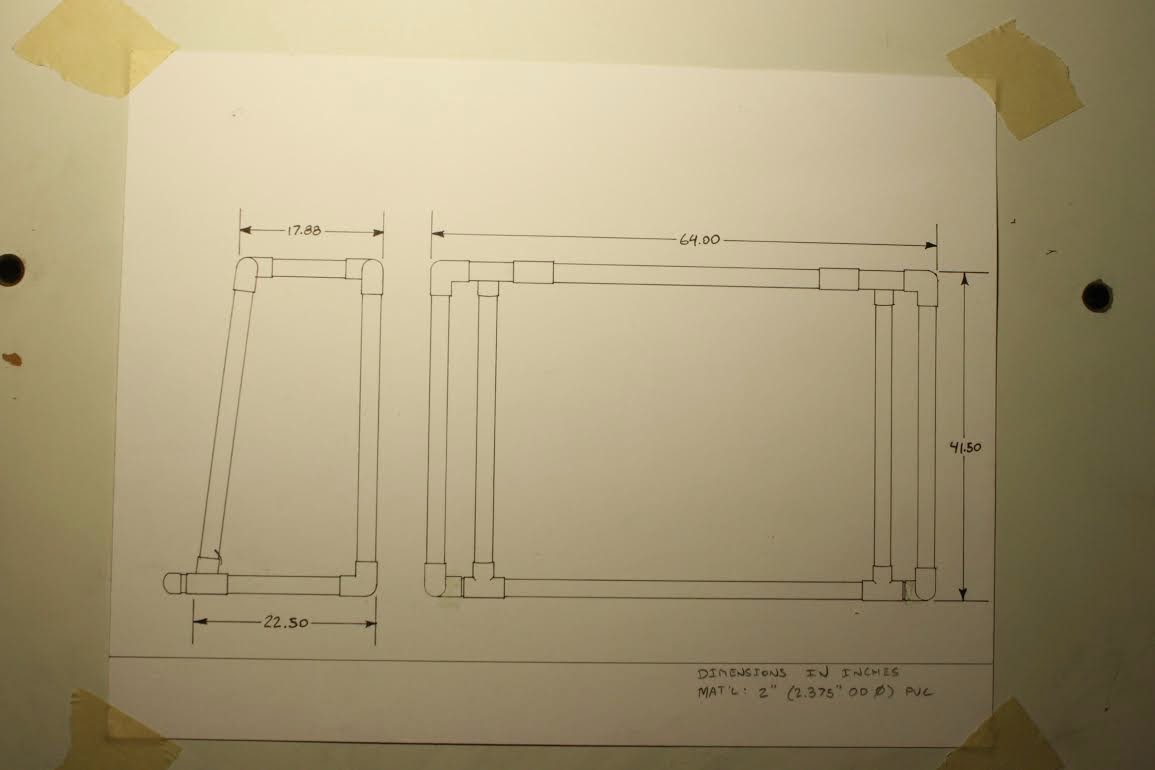 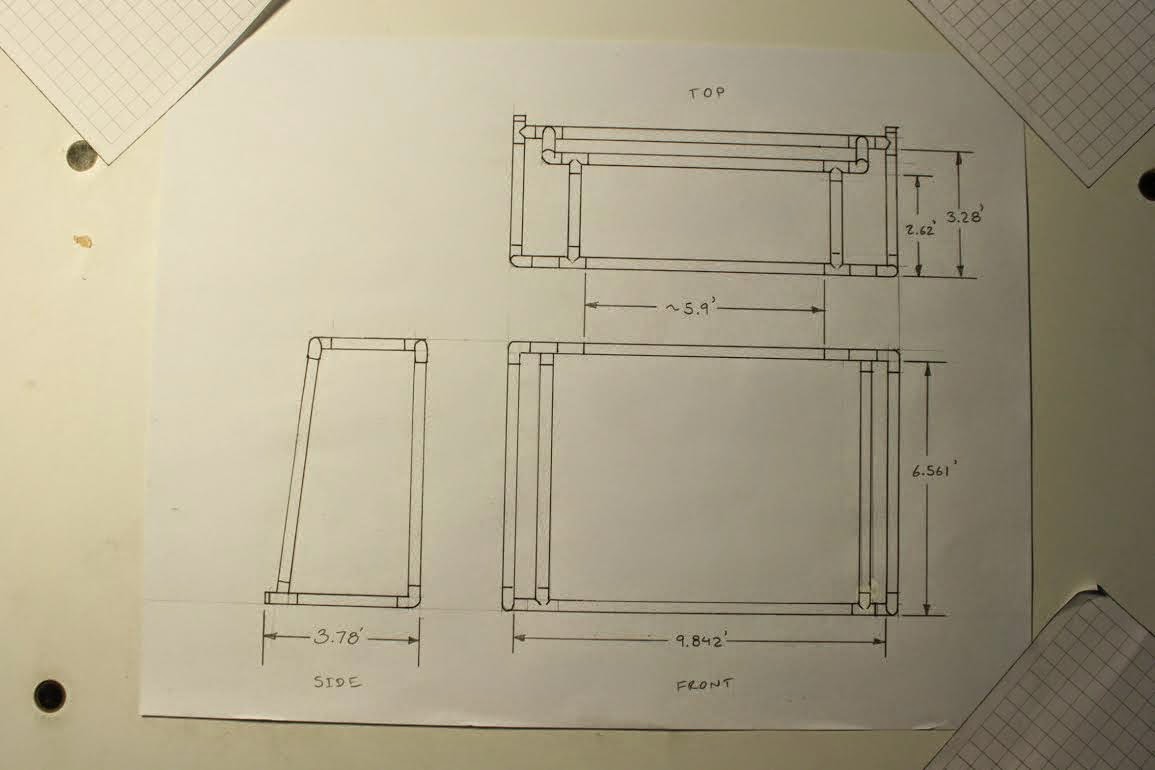 Posted by aerialcopper at 4:23 AM